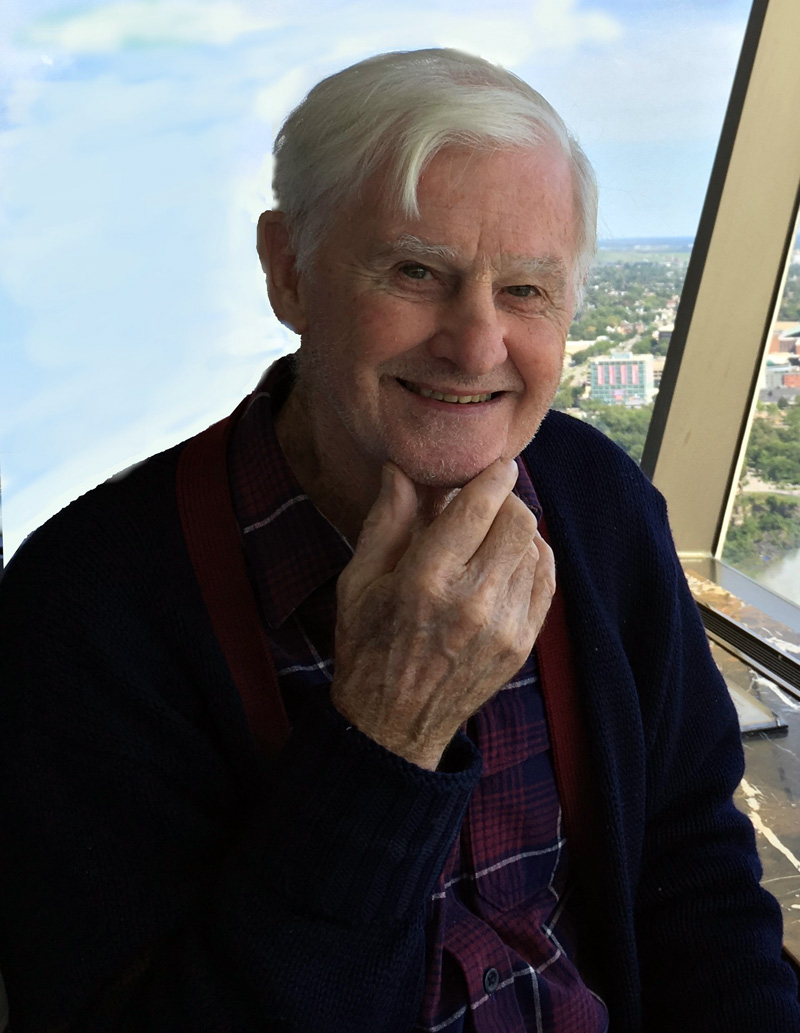 Thomas R. Justice, age 86, of Damariscotta, passed away peacefully of natural causes on Oct. 15, 2021, with family by his side at Durgin Pines nursing home in Kittery.

“I love my life, my friends and family,” he was known to say and certainly lived that way. Born in 1935 in Niagara Falls, N.Y,. to parents Arlene and Thomas Justice, Tom and sister Nan grew up in a lively neighborhood, embraced by grandparents, cousins, aunts, uncles, and friends.

He was an avid athlete, co-captained high school basketball and football teams, was named All American and enjoyed making “moves that would dazzle you.”

An eager and enthusiastic learner, he became the president of the Niagara Falls High School Honor Society, attended Princeton University, received his B.A. from the College of Wooster, attended Augustana Theological Seminary, and ultimately earned his M.A. from Boston University in English literature.

After marrying his college sweetheart, Marilyn Brown, they moved to Wolfeboro, N.H., to raise three children: David, Ann, and Jane. There he taught high school English, coached basketball and football until his career took them to the land of his forefathers, England. In England their fourth child, Ian, was born as Tom worked for Education Development Center, studying the British open classroom educational system.

Returning to the States, he completed his career in Waltham, Mass., with a 14-year stint teaching elementary school. At that time, his second wife Carol Justice took him to the tranquil setting of Dunstable, Mass.; a stepping stone to relocating to the region of dreamy coastal Lincoln County.

Those who knew him best remember his wild side that cooked up quirky ideas, like riding a toboggan down a hillside while sitting in a rocking chair. They also remember his sensitive, innocent side that marveled at the migration of monarch butterflies or stood in awe of the canopy of brilliant stars bedecked in the night sky.

Tom was a nature enthusiast at heart, stayed fit by leading an active lifestyle, owned a landscaping company, played pick-up basketball, and ran the Boston Marathon. He was inducted into both the Niagara Falls High School and the College of Wooster Athletic halls of fame.

He enjoyed sailing on Lake Champlain with friends, canoeing in the Allagash region with family, and hiking any mountain with a view. His favorite pastime was fly-fishing with his sons in the Maine woods and hearing loons call or the white throated sparrow’s clear song ringing out on a still day. He loved classical and folk music, often playing guitar and singing with friends. After retiring and relocating to Nobleboro, he sang with the Hearts Forever Young community and with the Damariscotta UU church choir.

He was especially known for his charisma, lively discussions and love of conversation, taking time to share a drink at the pub, meet friends for coffee or savor lunch at the Inn Along the Way. He enjoyed companionship and had a knack for keeping life-long friends, such as Conrad Putzig, Bob Reber, Charlie Doherty, and Kay Demmon.

His adventuresome but thrifty spirit led him on a journey to Normandy, France, in his early ‘70s, where he stayed in youth hostels and delved into historic sites. He always felt lucky in life and liked helping others, be it delivering a meal, laughing heartily together, donating to charities, or driving – at age 82 – the elderly to appointments.

After 50 years, he reunited with college classmate Alice (Kris) Cunningham on the dance floor and spent the next 10 years dividing winters and summers between Austin, Texas, and Maine. The bond that unfolded between Tom and Kris was like a fairy tale, an epic love-story, bringing out the best in both. Up until the age of 84, he still had spunk to play pick-up basketball with his buddies at the CLC YMCA, but the lure of dancing would get him up and out of bed in his final days.

A memorial service will be held in March 2022 at the Inn Along the Way, Damariscotta.