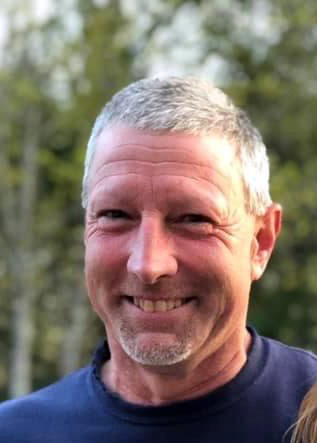 Tim was born on Feb. 19, 1964, the youngest child of Harold E. and Ona Hilton Moody. He was a rambunctious child, always keeping his mother on her toes. He attended school at Nobleboro Central and graduated in 1982 from Medomak Valley High School.

At an early age he was immersed in every part of the Moody Farm and was a product of his environment and the people within that community. His career as a farmer started when he was able to drive a tractor. He worked alongside his father and Charlie “Big Boy” Vannah for many years before selling out.

On March 24, 1984, he married Tammy Fowler Moody in Nobleboro, where they resided and raised their two children, Stewart and Khristie.

Tim was a family man. In his early days, he could be found playing Yahtzee with Gram Hilton and aunts, Freda and Goldie. Or, he may have been found a few years later enjoying an afternoon of jokes and laughter with Nana Moody, Aunt Lois and Charlie.

He took pride in the Moody’s homestead, whether it would be mowing the lawns, teaching Emma to drive down the camp road, throwing hay in the barn with Jordan and Jonah, gathering with the family on Sundays at the cottage, or cutting and stacking wood. If he couldn’t be found working on the farm, he could be found up the road at the Newbert Farm helping his brother-in-law, Gary. His family meant everything to him, and he took his papa role very seriously. His nieces and nephews were also like his children and grandchildren.

Tim also had many years of plowing town roads and driveways. He enjoyed music and loved to dance. He would always be the one telling jokes or teasing to get a rise out of those he knew would react. He was a known face helping at the auction at North Nobleboro Day, sometimes trying to get bidders and other times being stuck with the item himself. Tim enjoyed coffee every morning with his long-time friend, Wayne. He loved supporting Emma in her sporting events. Everyone knew Timmy, and he knew everyone. He always enjoyed a good visit and hours of chatting. The Valley on East Pond Road will now have a missing piece to many people’s daily drive, where there will now live on the memory of a smile and a wave.

Tim is predeceased by his parents, Harold and Ona; grandparents, Ellis and Thelma Moody, and Henry and Harriet Hilton; Tim’s spouse whom he lost on May 28, Tammy Moody.

A burial and gathering on the Moody homestead will be set up for anyone to attend at a later date.

The family would also like to give appreciation to all who were involved in assisting with his accident.