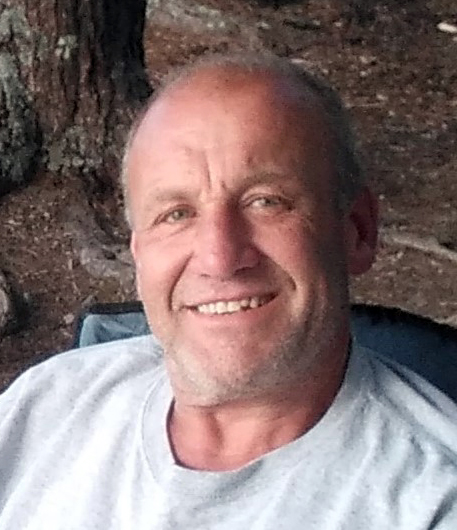 Tim grew up in Waldoboro and attended local schools.

Tim was a carpenter and had his own business, Tim’s Handy Man Service. He most recently subcontracted at Maine-ly Concrete for his good friend Daren Ripley.

Tim liked working on the water, especially scalloping, fishing, and clamming. In his spare time you could find him floating on his floaty and working on his tan.

Tim was an energetic, enthusiastic, and good-natured man. His personality was as colorful as the shirts he wore. He wore his heart on his sleeve and would give the shirt of his back to help anyone in need.

Tim is survived by his father, Ralph A. “Arthur” Simmons Jr., of Waldoboro; daughter, Jenna Simmons and her husband, Jeremy Johnson, of Waldoboro; grandchildren, Shailey Johnson and her boyfriend, Levi Ward, of Warren, and Gavin Johnson, of Waldoboro; brother, Mike Dyer and his wife, Sue, of Scarborough; sister, Tammy Simmons and her companion, Corey, of Albuquerque, N.M.; aunts, Ruth Benner, of Rockland, and Jennean Greenleaf, of Boothbay; special friend, Kathy Follett; stepson, Joey Brann; stepdaughter, Nicole Brann; his dog, Buddy; and many nieces, nephews and cousins.

Hall’s of Waldoboro has care of the arrangements. To extend online condolences, light a candle for Tim, or to share a story or picture, visit their book of memories at hallfuneralhomes.com.