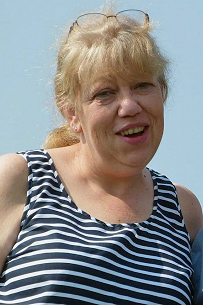 Tina passed away peacefully on Dec. 14, 2022, after a brief and courageous battle with cancer. Tina loved to spend time with her family and friends, however, it could easily be said that there was nothing she loved more in this world than her three grandchildren.

Tina is survived by her brother, Daniel Brilyea, wife Natasha, and his son, Derek Brilyea, of Jefferson; son, Richard Genthner, of Nobleboro; grandson, Silas Genthner and his mother, Adrienne, of Jefferson; and granddaughter, Madelyn Genthner, and her mother, Mary Kelley, of Skowhegan; daughter, Emily Eastman and granddaughter, Abigail Blackler; spouse, Daniel Giles, of Boothbay; and his children, Rebecca Giles, of Lewiston, and Grant Giles, of Bangor. Tina is also survived by Roger and Bonnie Orff, of Jefferson.

A small graveside service for immediate family and close friends will be held at noon on Jan. 1, 2023 at the Fairview Cemetery in Jefferson. More information to be provided.

In lieu of flowers, we are asking that a donation be made in her memory to the charity she was most involved. As she was in the middle of every single event and fundraiser for the Fireman’s Association, Minnehata Fire Co., P.O. Box 69 Nobleboro, ME 04555.