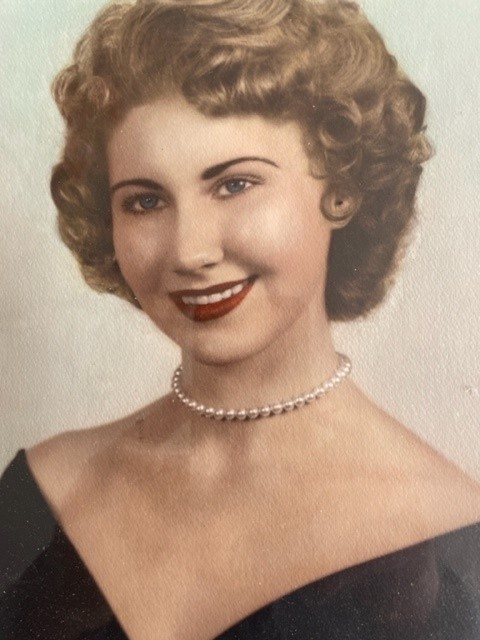 Ursula Margaret Weaver, 82, of Topsham, passed away peacefully on Thursday, June 16, 2022, at the Maine Veterans Homes New Augusta Campus, in Augusta after a period of declining health.

She worked for the Department of the Navy while still in high school. She later worked for NASA at the Goddard Space Center. After moving to Maine, she served over 30 years for the VA Center at Togus in the Veteran’s Benefits Division, retiring in 1994 as chief of Veteran’s Assistance. She was very proud to have served countless veterans and their families over the years to receive the benefits they so deserved for service to our country.

She was also a liaison for the VA and was frequently asked to provide guidance to our congressional offices on veteran related issues. She had also worked for Senator John F. Kennedy’s campaign for president in 1960, and often volunteered to man phones for various Democratic party candidates over the years. She was a member of NARF and St. Joseph’s parish, then more recently All Saints Parish. She was very devoted to her faith.

Ursula was proud of her work for veterans, but she was most proud of her family. She was devoted to raising her three children and enjoyed supporting and watching her grandchildren and great-grandchildren thrive. She greatly enjoyed family gatherings and traveling south and all over Maine with her husband Bob. She especially enjoyed going to as many craft fairs as she could during the holiday months.

Ursula and Bob were married in Washington, D.C. in 1958. They met while Bob was stationed in Virginia for the Navy, and he was immediately smitten. They started their family there, then moved to South Gardiner in the mid-60s, but have also lived in Jefferson and Westport Island, and more recently, Topsham.

She was predeceased by her parents; a son, Timothy Weaver; and her brother, James Brady.

Ursula is survived by her husband, Robert Weaver, of Topsham; two children, Kathryn Gay and husband, Ron, of Gardiner, and Matthew Weaver, and wife, Sarah, of Nobleboro; grandchildren, Christopher Gay and wife Laura, of Windsor, Robert Gay and fiancee, Ashley of Manchester, Jennifer Carver and husband, Weston, of West Gardiner, and Gwendolyn and Brady Weaver, of Nobleboro. Also four great-grandchildren; special cousins, George V. Davis and family, of Maryland, and Linda Marson and family, of Pennsylvania; and many cousins, nieces and nephews. She is also survived by sister-in-law, Susan Tennant and husband, Jay, and family, of Kittery.

The family would like to thank the staff of Maine Veterans’ Home, Eagle’s Landing for the wonderful compassionate care they provided to Ursula and our family, and especially to her granddaughter, Jenny, who was there by her side throughout her stay.

In lieu of flowers, donations may be made to Maine Veterans’ Home or to All Saints Parish.