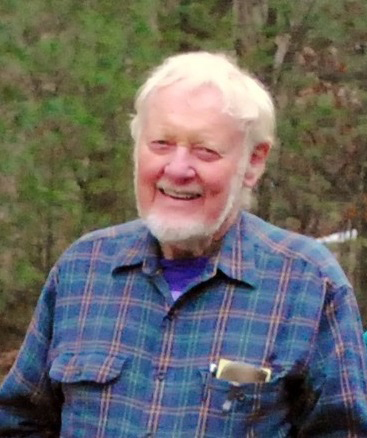 Valdemar “Val” Arend Skov, of Waldoboro, passed away at home March 28, 2019, with family at his side. He was born to Valdemar Christian Skov and Mathilda (Meyer) Skov on July 2, 1933, in Plainfield, N.J.

In 1951, Val enrolled in the cooperative program of electrical engineering at the Massachusetts Institute of Technology. During the course of the program, he was associated with the Bell Telephone Laboratories where he did work on the application of transistor circuitry to analog and digital computer design, and performed studies for a proposed transcontinental microwave radio relay system.

While at MIT, he rowed for and was captain of the lightweight crew team. The team traveled to Henley, England, and won the Thames Challenge Cup two years in a row. The second year he was in Henley, he and a friend bought a pair of motorcycles and did a grand tour of Europe before returning to school. In 1956, he graduated from MIT with a Master’s degree in electrical engineering. After college, Val coached the crew for a number of years and served as a captain in the Army Reserves.

Val met Constance “Connie” Engelke once when he was a kid on a trip with his father to her parents’ farm where she took him horseback riding. They met again in 1959, wed in 1960, and had over 46 married years together until Connie’s death in 2006. They first settled in Wayland, Mass., where they had their three sons and Val worked for Dunn Engineering Associates. Here he was concerned with various phases of the development program for the Talos missile guidance system, including system analysis and design.

In the mid-70s, as part of the back-to-the-land movement, Val and Connie moved their family to Waldoboro and began Roseacre Farm. The farm consisted of Scotch Highland cows, pigs, sheep, geese, two acres of vegetable gardens, hayfield and pastures with over a mile of fencing which needed as much attention as the livestock.

Val was an active member of the Waldoboro United Methodist Church as a lay leader, a Sunday school teacher, and a member of the church’s ‘Bring a Friend Band.’ He volunteered elsewhere in the community leading grief support groups and driving people to doctor’s appointments. He was an excellent woodworker, making a variety of items including a half dozen violins, one of which he often played at his church. His life’s hobbies also included photography and developing his own pictures, taking Italian lessons so he could better enjoy the opera he listened to, and designing and making robotic “bugs.”

Val is predeceased by his wife, Connie; a brother, David, and special companion, Mary Reynolds.

A memorial service will be held on Saturday, April 27, at 11 a.m. at the United Methodist Church in Waldoboro with a reception to follow.