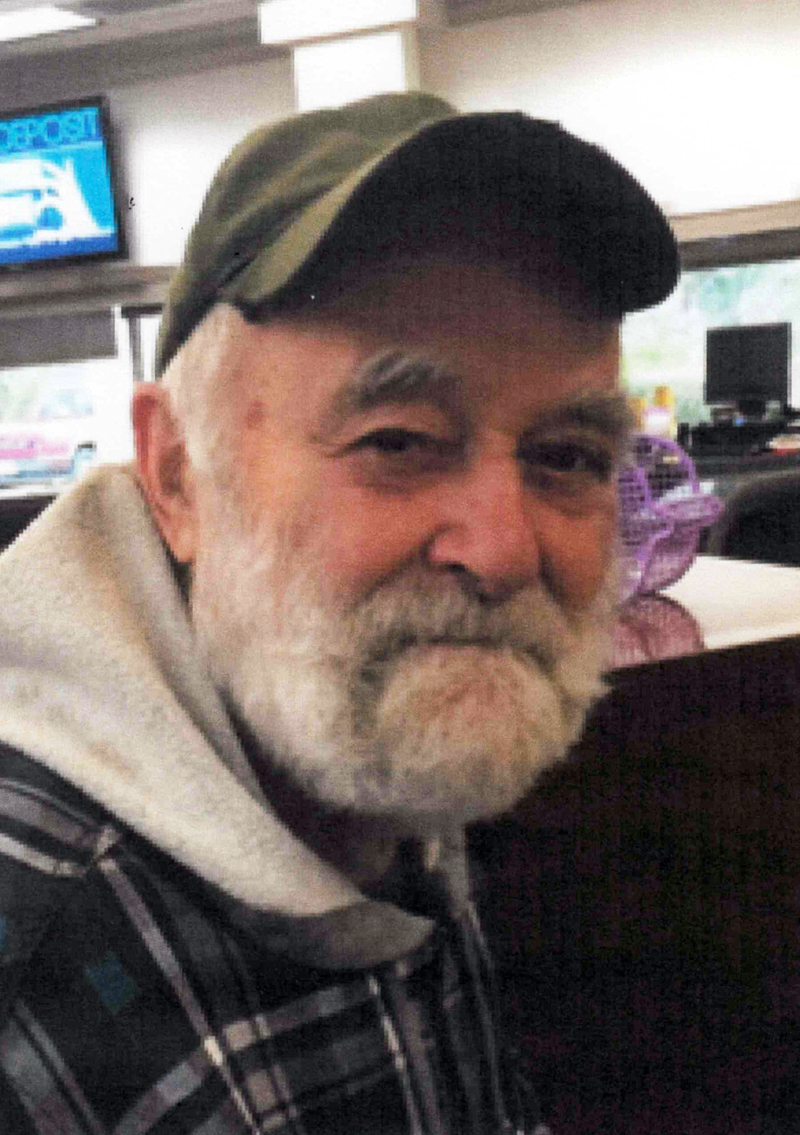 Vern was born at home on March 9, 1940 in South Jefferson, to the late Merton Albert Bosworth and Doris Turner Bosworth.

He attended the local grammar school and graduated from Lincoln Academy in Newcastle in 1958. He served his country in the United States Army, where he was stationed at Redstone Arsenal Army Base in Huntsville, Ala. He married his high school sweetheart, Nettie Griffin, and settled in Damariscotta. They had four children: Vernon Jr., Teresa, Holly, and Sherry.

Over the years he worked as a mechanic, a logger, a janitor/maintenance and bus driver, plowing driveways and other odds and ends. He was a jack-of-all-trades and could do anything he put his mind to. In 1970 Vern was saved, joined the Waldoboro Pentecostal Church, and was baptized at Crescent Beach in Jefferson. Attending church or prayer meeting or Bible study became his life and he wanted to share this new passion with everybody.

After his remarriage, he moved to Sunnybrook, Ky. in 1980 and later to Monticello. He became an ordained minister and dreamed of starting his own ministry up until the day he died. Rather than having a church of brick and mortar, his ministry was through helping others come to faith in Christ.

After being widowed, he married Susan Brock, of Somerset, Ky., on Dec. 1, 2007. She was a wonderful companion for him and loving caregiver in the end. They traveled all over the country, played putt-putt golf on Friday nights, and went to the local water park regularly. He enjoyed singing and playing guitar at the weekly Pisgah Schoolhouse Pickin’ and Grinnin’. He always had a jigsaw puzzle going and worked under his Masters and Contractors electrician licenses until one year before his death.

Along with his parents, he was preceded in death by one son, Vernon W. Bosworth Jr.; one grandson, Ricky Ginnaty; and brothers, Richard Bosworth, Kenneth Bosworth, and Clifford Bosworth.

He is survived by his wife, Susan Brock Bosworth, and his beloved dog, Leah, of Somerset; three daughters, Teresa (and Mike) Starr of Bremen, Holly (and Garth) Miller of Whidbey Island, Wash., and Sherry Perkins of Whidbey Island, Wash.; one sister, Evelyn Bennett of Farmingdale; seven grandchildren, Mary Helen and Erin Ginnaty, Victoria and Kyle Perkins, Michael, Christopher, and Brent Burns and Landon Miller; as well as several great-grandchildren; and one great-great-grandchild.

Visitation will be on Friday, March 19 from 11 a.m. to 1 p.m. at Lake Cumberland Funeral Home.

A celebration of life service will follow at 1 p.m. at the Chapel of Lake Cumberland Funeral Home with Todd Meadows and Matt Thompson officiating. Burial will be at Mill Springs National Cemetery in Nancy, Ky. Military honors will be conducted by the American Legion Post No. 38 Honor Guard.

In lieu of flowers, the family requests expressions of sympathy be made to the Gideon Bible Memorial Fund; or Hospice of Lake Cumberland, 100 Parkway Dr., Somerset, KY 42503.

You are welcome to view the obituary and send condolences to the family at our website lakecumberlandfuneralservice.com.

Lake Cumberland Funeral Home is entrusted with the arrangements for Vern Bosworth.