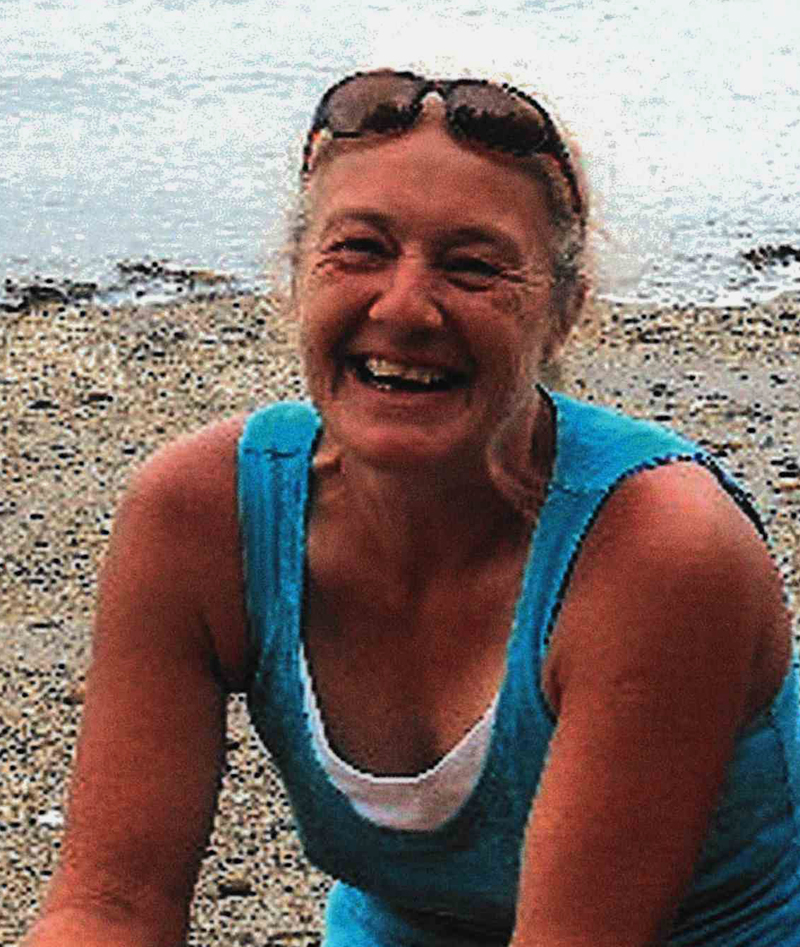 Vicky L. Simmons, 57, passed away on July 11, 2019 in Brunswick, after a period of declining health. Born on Oct. 15, 1961 in Rockland, she was the daughter of Ralph A. (Arthur) Simmons Jr. and Phyllis Viola Reed Simmons. Vicky grew up in the Waldoboro area, attended local schools and graduated from Medomak Valley High School’s class of 1980.

Vicky was always a hard worker all her life, being a blueberry raker, picking eggs on the farm, cleaning houses, and working at Crowe Rope for many years. In her later years she worked as a clam digger, “one of the best around,” and also loved working in the kitchen at Bullwinkle’s in Waldoboro.

Vicky’s family fondly recalls her as being a very loving mother to her children, very generous – “would give you the shirt off her back” and she adored her grandchildren. Family was most important to her.

Vicky enjoyed lawn sales, boating on the lake, camping, riding horses, especially when she was younger she would barrel race with her horse, Melody. She had a large collection of rooster knick knacks and displayed them proudly.

Vicky was predeceased by her mother Phyllis; and her daughter, Melinda Guptill.

She is survived by her father, Ralph A. (Arthur) Simmons Jr. of Waldoboro; her companion for many years, Kenneth Hildings of Waldoboro; her son, James Guptill; and her daughter, Angela Guptill, both of Waldoboro; and her brothers, Timothy Simmons and fiancee Tracy Trackim of Waldoboro, and Michael Dyer and wife Sue of Scarborough. She is also survived by her sister, Tammy Simmons and fiance Cory Neher of Edgewood, N.M.; as well as two grandchildren, Tyler Barrows of Auburn, and Aleia Wellman of Waldoboro; two aunts, Ruth Benner of Rockland, and Jennean Greenleaf of Trevett; along with nieces, nephews, cousins and many friends. She leaves behind her four-legged companion, Lady, that she adored along with her cat, Lemur.

A graveside memorial service will be held on Thursday, July 18 at 11:30 a.m. at the Shuman Cemetery in Waldoboro, with Pastor Tom Rawley officiating.