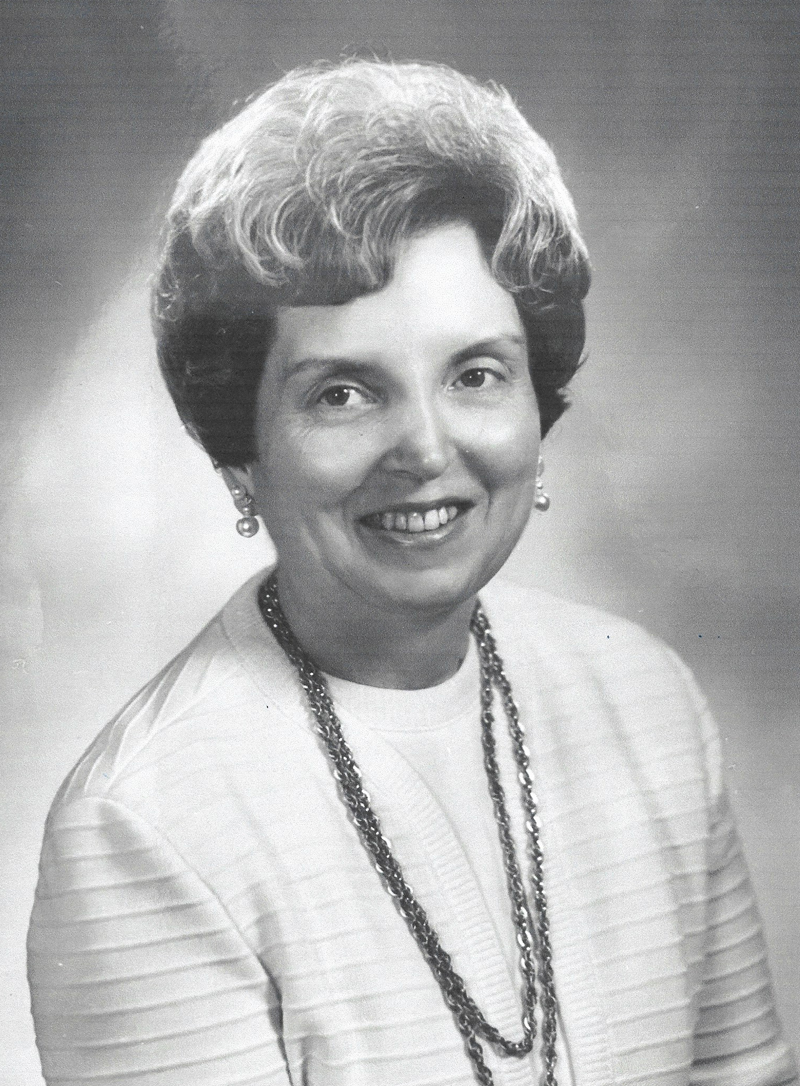 Virginia S. James, 95, died peacefully on Jan. 20, 2022, in Port Orange, Fla., where she resided in recent years. She previously resided in Connecticut – in New Britain, Easton, and North Branford – but moved to Florida in 2015. All her life, Virginia spent summers in beloved New Harbor, where her grandparents first visited in 1914 and her parents bought a cottage in 1954.

Wherever she was, it was Virginia’s special joy to connect with friends, family, and nature, and she had a gift for encouraging others and finding beauty. She was devoted to family, loyal and generous, and enjoyed connecting with all living things.

Born in 1926 to Doris and Austin Stowell, of New Britain, Virginia was the middle child of five. She was predeceased by sister, Carolyn Charles and brothers, Philip and Roger Stowell, and is survived by sister, Cynthia Parmelee of Branford, Conn.

Virginia graduated from Middlebury College and initially worked as advertising manager for Fafnir Ball Bearings, the first woman to hold that position. After several years in business, she switched to a career in education and began as an elementary school teacher in Wilton and Westport. This began what would ultimately be 40 years of teaching in Connecticut public schools, primarily in Wallingford.

In 1950, Virginia married William H. James, then superintendent of schools in Easton, Connecticut. In June 1955, she and William jointly graduated from Yale University – she with her master’s, he with his Ph.D. – and a year later they welcomed their daughter, Hillery. Virginia and William enjoyed 64 years of marriage; it was his passing which prompted Virginia’s relocation to Florida to be near Hillery and her husband, Chris.

Virginia loved connecting with others. She enjoyed fellowship with women educators through active participation in Delta Kappa Gamma and served as State President for Connecticut. She also belonged to DAR and AAUW; was active in church; and treasured neighbors and friends from around the world.

Virginia is survived by her daughter, Hillery James-Chung; her son-in-law, Chris Chung; sister, Cindy Parmelee; cousins, nieces, and nephews; friend and assistant, Judi Evans; and large extended family through Chris, particularly grandson, Doron Chung. All were “my family” to Virginia.

Virginia trusted the Lord to take care of her, and He did: He did it through gracious, willing hands and hearts on earth.

A funeral was held in Florida, interment will be in Connecticut, and a celebration of Virginia’s life will be held in New Harbor this summer. The family asks that anyone wishing to honor Virginia’s memory consider donating to Maine Coast Heritage Trust, 1 Bowdoin Mill Island, Ste. 201, Topsham, ME 04086 or online at mcht.org; or to the New Harbor Methodist Church, P.O. Box 100, New Harbor, ME 04554.