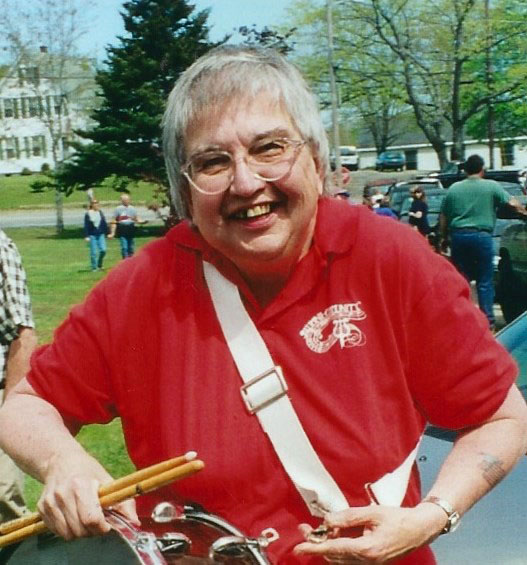 Vivienne was born on March 19, 1932 to George F. Miller and Isabelle V. Brown in Jersey City, N.J. where she attended local schools, and graduated from St. Dominic Academy in Jersey City in 1949.

She was a switchboard operator, an insurance actuary for North American Reinsurance at its headquarters in the Chrysler Building, a homemaker and enjoyed music of every style. She played the piano and drums – music was a vital part of her whole life – beginning as a child and throughout her adolescence as she appeared each Sunday throughout the late 1930s and 1940s on the Horn and Hardart Children’s Hour which was broadcast on the NBC Radio Network from its studios at Rockefeller Center in New York. With the Moylan Sisters and other talented young performers, Vivienne played the drums and tap danced over the airwaves. The Children’s Hour was not only a starting point for Vivienne’s devotion to music; it also began the careers of stage and film actress Bernadette Peters and popular vocal artists Connie Francis, Eddie Fisher, and Carole King.

On the homefront during World War II, with the production assistance of her father and under the musical direction of her mother, Vivienne was part of a children’s troupe that performed at USO shows to entertain the soldiers, sailors, and airmen in training at installations in New York and New Jersey.

As a young adult, her skills as a drummer were sought by Scottish pipe bands and she was a part of Highland Games throughout the Metropolitan Area. It was here that she met a bagpiper who would become her future husband, Robert I. Daniels of the Bronx, N.Y. They were married at Saint Paul’s Church in Greenville, Jersey City, N.J. on Oct. 22, 1955. They and their three sons moved to Scotch Plains, N.J. and Saint Bartholomew’s Parish in December 1967 where Vivienne served on the rectory staff.

Vivienne worked at Conley’s Garden Center and was the organist for Our Lady Queen of Peace church since 1987, retiring in 2015. She was a Eucharistic Minister and a member of the Parish Council. She belonged to the Rotary Club for many years and was named a Paul Harris Fellow. She continued to play the drums in the Boothbay Alumni Band as well as with the Hallowell Community Band that performed on the library lawn on Thursday nights in the summer.

Vivienne and her late husband began vacationing in the area in 1964. They purchased a home in Cape Newagen in 1972 for their summer enjoyment, and then moved permanently here in 1987.

Vivienne is predeceased by her husband, Robert.

Surviving are her sons, Robert G. Daniels of Boothbay Harbor, Paul A. Daniels of So. Portland, and Joseph E. Daniels of Lewiston.

In lieu of flowers, donations made be made to Boothbay Harbor Rotary Club, 66 Montgomery Rd., Boothbay Harbor ME 04538; or Lincoln County Animal Shelter, PO Box 7, Edgecomb ME 04556.