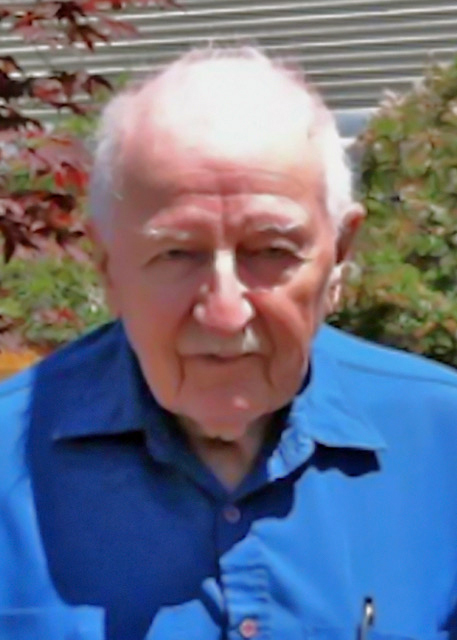 W. Lee Patterson, at age 96, before dawn on April 2, cast off all lines and sailed away for the other side.

Born on Feb. 15, 1923 in Braintree, Mass., to Gladys E. and Walter G. Patterson, Lee attended the Mitchell School (and Camp Skylark, where he became a champion rider), and Whitman High School, graduating in 1939.

Lee joined the United States Merchant Marines in 1940, serving for 13 years. He received an Honorable Discharge from the U.S. Coast Guard in 1945 for service during WWII.

While ashore between ships, he met the lovely Bernice Harcourt of Quincy. They married in 1951, and lived in Buzzards Bay while Lee earned an engineering degree from Massachusetts Maritime Academy, and their first daughter was born. In 1954 they moved to South Weymouth, and Lee went to work as a safety engineer and inspector for Travelers Insurance Company. In 1966, that job brought the family to Kansas City, Mo., where their second daughter was born. From 1968 to 1991 the Pattersons lived in Tolland, Conn., finally coming to Damariscotta, to enjoy their retirement.

Lee was a regular at Waltz’s soda fountain for many years, drinking coffee and swapping sea stories with the good friends he made there.

Bernice sailed away ahead of Lee, in 2009, after 58 years together. He is survived by his two daughters, who are deeply grateful for the friendship, kindness and loving care he received, especially over the last four years.

According to Lee’s wishes, no service is planned. Private interment will be at Pine Grove Cemetery in Brewster, Mass.

Lee loved animals, especially dogs and horses; as such, in lieu of flowers, please donate to an animal shelter or rescue organization.