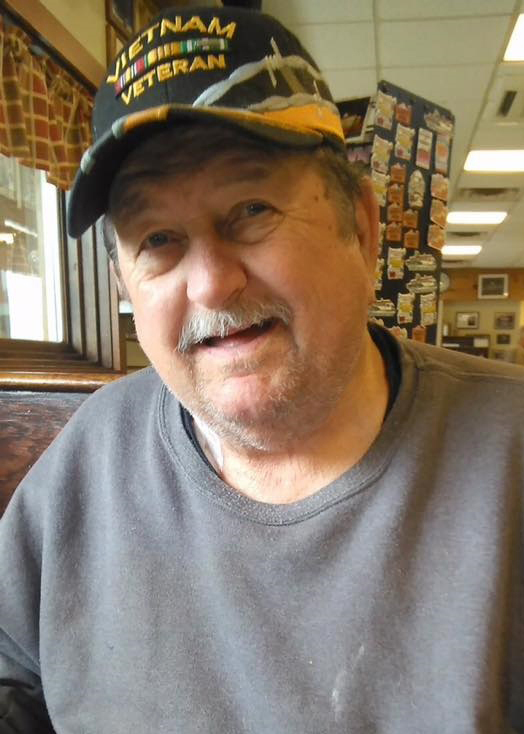 Born in Rockland, Dec. 18, 1946, he was the son of Clayton L. Vose and Dorothy Widdecombe Vose Hamilton. Raised in the Waldoboro area by his mother and step-father, Wilbur Hamilton, Wayne attended Warren High School.

Following high school, Wayne enlisted in the U.S. Army, serving with the First Calvary Division in Vietnam. He was honorably discharged in 1970.

Returning home he later married the love of his life, Merlene A. Nason in 1974. Together they enjoyed many happy years together until Merlene’s passing in 2009.

For most of his working career, Wayne made his life from the sea. He loved nothing more than being on the ocean. He has fished for just about everything there is, lobster, oysters, clams, crabs and he even dug worms.

When he wasn’t fishing, Wayne’s greatest love was playing pool. He was extremely skilled, one of the best shooters around, and was known as the ‘Infamous Wayne Vose.’ Along with his children and family members, Wayne played on APA Leagues, Valley Leagues, and in 2013 was proud to attend the APA National Tournament with his Eight Ball Team in Las Vegas, Nev. He took great joy in sharing his talents with his children, teaching them all to play at a very young age. He wasn’t shy with his skills and would teach anyone who asked.

Cooking however, was not one of Wayne’s strong suits, therefore he could be seen each morning at Deb’s Diner in Waldoboro, and later in Bristol, for breakfast, and at Moody’s Diner most evenings for dinner. He loved anything to do with vehicles, owning several motorcycles, boats, cars and trucks over the years. He loved buying new cars.

Wayne will be remembered as a gentle giant. He had a huge heart and would do anything for anyone in need. He never asked anyone for anything, but would give the shirt off his back. He never thought twice about going out of his way for others.

He will be sadly missed by all who loved him.

Family and friends were invited to a get-together in Wayne’s memory April 22 at the Time Out Pub in Rockland.

Those who wish may make memorial donations to Togus VA Hospital, 1 VA Center, Togus, ME 04330.

To share a memory or condolence with Wayne’s family, please visit their Book of Memories at www.bchfh.com.