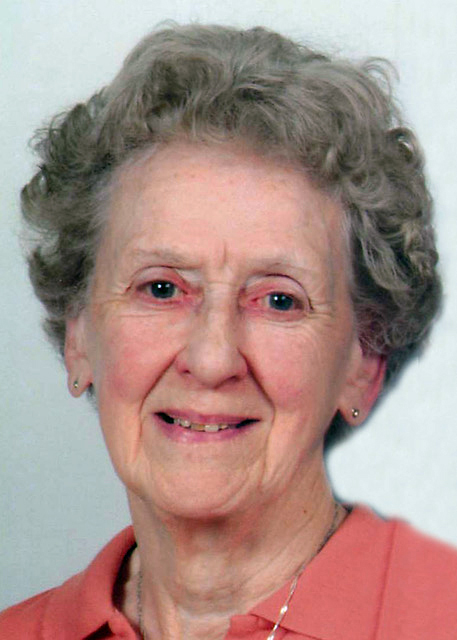 Wilberta May Nichols West, 89, of Wiscasset, passed away on the afternoon of Sept. 18 at LincolnHealth – Miles Campus in Damariscotta. Born on July 12, 1929 in Augusta, she was the oldest of five children born to Ross White and Sherley May Nichols.

She grew up in Wiscasset, attended Wiscasset schools and graduated as Valedictorian from Wiscasset Academy in 1947. That September she married Fred W. West Jr. They were married over 60 years when he passed in June of 2008. She lived in the same house in Wiscasset for 70 years, and raised her three children there.

She was a homemaker until her youngest entered school, then she became a “lunch lady” at Wiscasset Middle School for many years. She retired in 2004 at the age of 75. She really enjoyed her job and made several lifelong friends there.

She loved birds, flowers and nature. She also liked to read, paint, and enjoyed doing various craft projects. She was an excellent baker and everyone enjoyed her pies.

Besides her parents and husband, she was predeceased by a sister, Velma (Beryl) Corliss of Bath.

She leaves behind her children, Merle C. West of Alna, Marie West Johnson of Alna, and Gregory N. West of Wiscasset; grandchildren, Lisa, Kimberly, Courtney, Ashley and Nick; and 11 great-grandchildren who will all miss her greatly. She is also survived by sisters, Janet Harmon of Damariscotta, and Sherley Kane of Ellsworth; and brother, William Nichols of Tenants Harbor.

A graveside service will be held at 1 p.m., Sat., Sept. 22 at the Greenlawn Cemetery in Wiscasset, where she will be laid to rest with her husband.