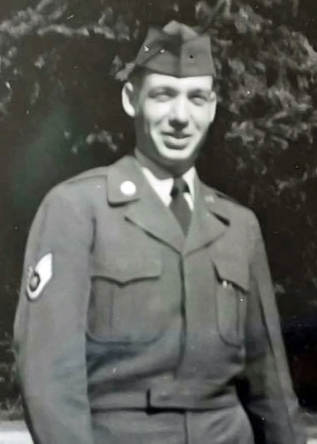 Willard R. Bailey, 87, of Jefferson, passed away unexpectedly on the evening of Oct. 31 at the LincolnHealth – Miles Campus in Damariscotta. Born at his home on Dec. 4, 1929 in South Jefferson, he was the son of Perley and Thelma (Bosworth) Bailey.

Willard grew up on a farm in South Jefferson, attending local schools and graduating from Lincoln Academy in 1950. While in school at Lincoln, he liked math, Chevrolets and pretty girls; his dislikes at the same time were English, Fords and slow drivers.

After graduating high school, he “escaped the farm” by joining the U.S. Air Force, where he became an Air Policeman and served for four years, three of which were in Germany. Upon his honorable discharge, he returned to South Jefferson to start a farm raising cattle.

He married Evelyn Burnham of Waldoboro, and got a job at Sylvania in Waldoboro. He started there as a mechanic, but went to school while working to learn to become a machinist. In addition to working 40 hours a week at Sylvania and running the farm raising cattle, he cut wood to earn money to support his family.

He retired from Sylvania after 33 years, and continued life on the farm. Throughout the years he built barns and other buildings, cleared land for hayfields, and was still always willing to help family and neighbors. He sawed lumber and cedar shingles, and after selling cattle, he continued to sell hay until his passing.

Willard was very knowledgeable about local property and history. He had researched who owned property and deeds going back to the 1700s. He loved to talk and tell stories about local history and people of the area, and was a past President of the Hopkins Cemetery Association.

Willard saved enough money while in the Air Force to buy his house, and worked all his life to fix and improve the house and property he called home for so many years. He never had a credit card, or ever borrowed money; he always paid cash for what he bought including cars, trucks, tractors and farm equipment.

Besides his parents, he was predeceased by his wife, Evelyn Bailey in 1988; brother, Roland Bailey; and sisters, Barbara Dunham and Marilyn Pearson.

A time of visitation will be held from 4-6 p.m., Mon., Nov. 6 at the Strong-Hancock Funeral Home, 612 Main St., Damariscotta. A graveside service will be held at 1 p.m., Tues., Nov. 7 at the Hopkins Cemetery in Jefferson.