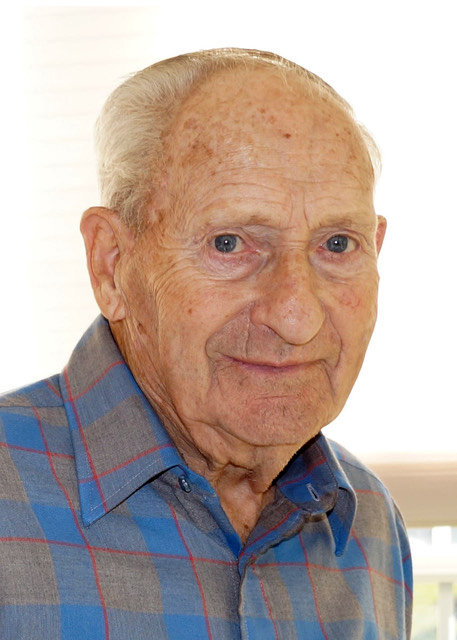 William grew up in South Bristol with his six sisters and five brothers and attended school there before enlisting in the Navy to assist in the World War II effort. While in the Navy, he served mostly on destroyers. He crossed the Atlantic 22 times with Navy convoys and fleets. He could be counted on to throw the land line accurately and to get ship’s officers back to their ship through extremely thick fog in unfamiliar waters. While in the Navy, he earned campaign medals for both the Atlantic and Pacific campaigns. He was part of the convoy escorting the USS Missouri for the Japanese surrender ending World War II.

He married his beloved wife, Gertrude Gamage, on April 28, 1946 and shared 74 years with her. He lived in South Bristol for many years with his family while he worked at the Harvey Gamage Shipyard. While at the Gamage Shipyard, he helped to build numerous draggers; the National Science Foundation’s research ship, the Hero; as well as the windjammers Mary Day, Shenandoah, Bill of Rights, and the Hudson River sloop Clearwater. As a ship’s carpenter, he was also extremely adept at boat repair and repaired and refurbished many wooden boats.

For many years he enjoyed snowmobiling with Gertrude and family, often traveling to northern Maine to enjoy this sport. He was an avid golfer, a sport he excelled at, and he traveled the state with his golf-loving brothers to try new golf courses. Never one to be idle, he spent his retirement years caretaking for many properties in South Bristol and mowing lawns there well into his 90s. He was a familiar figure in his pickup with the lawnmower and trimmer in the back.

A celebration of William’s life will be held in the spring.

In lieu of flowers, charitable donations may be made in William’s memory to: South Bristol Historical Society, 2124 State Route 129, South Bristol, ME 04568 – or online at southbristolhistoricalsociety.org.