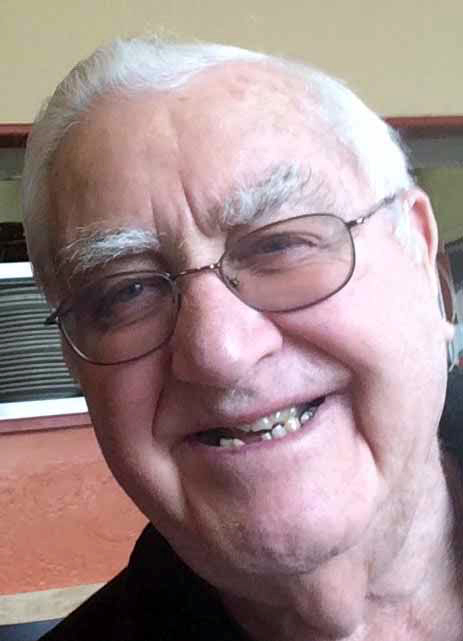 Bill was born in South Union, the son of the late Edith Tuttle and Berry Gould. Bill graduated from Rockland High School in 1952, and after graduating married his high school sweetheart, Ann Ludwig, on Sept. 8, 1952. The two were married for 62 years prior to Ann’s passing in 2014.

Bill spent his entire 40-year career at Sylvania in Waldoboro, where he worked as an industrial engineer and safety director. Bill was immensely proud of the work he did in his community, and spent most of his adult life helping others, something he became well known for throughout the area. Bill received two Jefferson Awards in 1993 and 1994 in recognition of extraordinary public service.

Bill’s love of his community was evident in his accomplishments. He helped to form the Medomak River Boating Club, where he was the commodore for three years. Bill was also very active in the fire service and was a member of the Maine State Mobile Battalion as well as a member of the Waldoboro Fire Department, where he began as a trainee and eventually rose to the rank of lieutenant, ultimately becoming the training officer for the department in 1985. Bill was one of the first volunteer professional firefighters, an accomplishment he received recognition for in 1985. He was also active in the Maine State Federation of Firefighters, where he represented Lincoln County and held many positions, including two terms as president. He was also a member of the Union Fire Department and the Knox County Fireman’s Association.

Bill’s desire to help people helped him during his time as a Red Cross-trained instructor, an experience that proved useful when he helped to begin the Waldoboro Ambulance service in 1969, which would eventually become Waldoboro Emergency Medical Services. In 1975 Bill became a certified emergency medical technician, a license he held until 1995.

Bill was active within the American Red Cross and sat on the board of directors for the Penobscot Bay chapter from 1989-1991. He received training in different fields and helped assist whenever the Red Cross was needed in the area. Due to his extensive training he was also selected to help on a national level, providing assistance in Florida during Hurricane Andrew.

This assignment saw him working 12-hour shifts for 21 consecutive days. He was also selected to help in Los Angeles, Calif. during the 1994 earthquake, an appointment that lasted over three weeks.

Bill was also active with outdoor organizations, especially the Boy Scouts, which he was a member of in his youth and a scoutmaster in his adulthood. Another club he was very active in was the Snowcrawler SC, which advocated for trails throughout the wilderness that could be enjoyed by skiers, hikers, and snowmobilers. The group also helped to procure permission for land use of over 30 miles of trails in the town of Waldoboro.

He was a member of the Hatchet Mountain Snow Riders Club and the Goose River Snow Club, a past member of the King Solomon’s Lodge, Royal Arch Chapter of Masons, and a lifetime member of the Knox County Fish and Game Association, as well as a longtime volunteer at the Union Fair.

Bill was predeceased by his wife, Ann Gould; and a granddaughter, Lori Prior.

A celebration of life for Bill will be held in the spring.