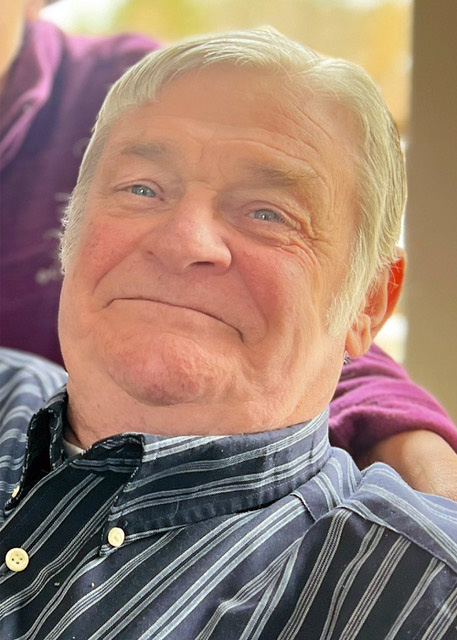 William “Bill” Bernard Campbell was born in New Eagle, Pa. on Dec. 27, 1948, to James Campbell and Betty (Dill) Campbell. The middle child of three, Bill was a standout athlete in baseball and football, and was active early in his youth hunting, fishing, and trapping. He loved these activities through his entire life, and they even helped to define his lifelong career.

Bill served five years and three months in the Navy, including two tours in Vietnam, receiving the National Defense Service Medal and Vietnam Service Medal with Bronze Star. The Bronze Star was awarded for Bill’s heroic actions in guiding sixteen of his fellow servicemen through a minefield to safety after their plane went down in heavy fire. Near the end of his military service, he met the love of his life and wife of 49 years, Pamela (Patterson) Campbell, in Bath.

Following his military service, Bill graduated from California University of Pennsylvania with a bachelor’s in Environmental Science, which he promptly put to use working as an Environmental Technician at Maine Yankee. At that time, Bill and Pam settled in their lifelong community, Nobleboro, where he additionally ran a trap line in the Midcoast and operated a successful fur buying business, which became known throughout New England.

Bill moved on from Maine Yankee in the 1980s and became an Environmental Scientist for Central Maine Power Company, spending two decades advocating for improved public land access by helping to install boat launches, campgrounds, and other public outdoor facilities around the state of Maine. It is likely that if you camp or fish in Maine, you have in some way, Bill to thank for his efforts. During ownership changes at CMP, a team that Bill worked with started their own firm, E/Pro Engineering & Environmental Consulting, which was ultimately sold to TRC Companies where Bill worked until retirement in June of 2017. These roles at E/Pro and TRC showcased Bill as a recognized expert in environmental and public recreation land management efforts. He worked on major projects across the country including Niagara Falls (N.Y.), the Columbia River system (Washington) and in the southeastern U.S. for Alabama Power. He also continued work efforts where his heart was, in Maine.

More important than his career was Bill’s dedication to his wife, family, and community. Bill was known by many in the midcoast as “coach,” from various baseball teams, and was a second dad to many in his son and daughter’s schools. The love and generosity of his time to help and care for others seemed endless. For example, over the years he was active in public service as a volunteer firefighter, town selectmen for Nobleboro, participant in multiple town committees, and in assisting with numerous wildlife animal control efforts. He was always there to volunteer a helping hand, tools, or equipment for any project of his friends or family. Despite all this, Bill avoided fanfare, always more focused on lifting others up around him than taking any credit for himself.

Bill will be dearly missed by his family, throughout the midcoast Maine community, in his hometown region of Pennsylvania, and by his friends and colleagues across the country. He was an incredible husband, father, Pappy, father-in-law, friend, colleague, mentor, and citizen.

He is survived by his wife, Pamela; daughter and son-in-law, Shannon and James (Fowler); son and daughter-in-law, Seth Campbell and Kristin Schild; younger brother, Tracy; grandkids that he truly adored, Paige and Campbell Fowler; and numerous fury family members, Minx, Kinley, Ruby, and “Rugrat” (or Ryder).

Bill was predeceased by his mother and father; older brother, James; and numerous pups including his beloved Copper and Sealy.

In lieu of flowers, we ask that those who are interested, donate to the Sportsman’s Alliance of Maine requesting that funds be used for education programs in memory of Bill (samofmaine.org/shop/support/donate/).

A celebration of life is being scheduled for the weekend of November 19-20, at Camp Kieve in Nobleboro. Further details about this event will be provided on Bill’s memorial webpage through Strong-Hancock Funeral Home.