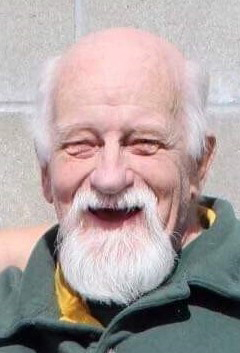 He grew up in Bath and later moved to Newcastle where he graduated from Lincoln Academy in 1964 and received a degree from University of Maine in 1986. He met Sharon Frost, of Gray, on their senior class trip, and they were married on Aug. 12, 1967. In 1965 he was drafted into the Coast Guard. Later he held several jobs throughout the years including with Sagadahoc Sheriff’s Department as a deputy, and FEMA in his later years, but his true passion was always working on the water as a tour and tugboat captain.

He enjoyed going to Byrnes Irish Pub every Sunday and enjoyed reenacting with the Royal Irish Artillery, Civil War groups, and SCA, and loved history. He was a very artistic minded man.

He was a member of the Maine Public Safety Pipe & Drum Corps, the American Legion, and the Unitarian Universalist Church in Brunswick, and a volunteer firefighter for surrounding departments.

He was predeceased by his parents; and a brother, Robert McElman.

Visiting hours will be held from 6 to 8 p.m. on Friday, Oct. 25 at Daigle Funeral Home, 819 High St., Bath. A funeral service will be held at 2 p.m. on Saturday, Oct. 26 at the funeral home. Burial will follow at Oak Grove Cemetery in Bath.

Memorial contributions may be made to the Maine Public Safety Pipe & Drum Corps, P.O. Box 8821, Portland, ME 04104. Condolences may be made online at Daiglefuneralhome.com.