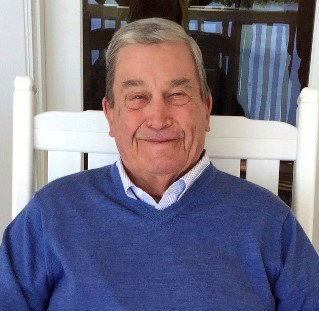 Born in Detroit, Mich., Bill and his family moved to Coral Gables, Fla. in 1939 where he grew up and graduated from Coral Gables High School and then went on to the University of Florida where he said destiny led him to meet the love of his life, Shirley Rakes from Saint Petersburg.

Bill and Shirley started their 64-year journey of married life in Coral Gables where the young couple raised three children while Bill opened his first franchise automobile dealership at 21 years old. He would go on to open multiple new and used car dealerships in Florida and Georgia. In mid-1970 Bill moved his family to Savannah, Ga., where for 30 years had Bill Ussery Volkswagen, Porsche, Audi, Subaru dealership. He was an active member of the Savannah community, belonging to the Hibernian Society, The Landings Country Club, First City Club and the Georgia Historical Society.

As an avid sportsman, Bill shared his love and respect of the outdoors with everyone he met. He loved to fish the Florida waters and enjoyed the many times each year spent duck hunting in the mangroves of Merritt Island with his son and longtime friends. He also loved big game hunting, tracking elk and deer from horseback in the snow covered mountains in Montana.

For the last 15 years, Bill and Shirley have split their time between Maine and Florida. While in Maine, they were regulars at antique auctions and shows, and were actively involved in the antiques and collectibles business. One of Bill’s favorite pastimes was working his booth at Montsweag Flea Market and enjoying tea every Saturday in Wiscasset with his close friends.

Although Bill had many accomplishments to be proud of, what he loved most was his adventures and laughs with his wife, children and grandchildren. He loved the small things like finding bargains, surprise visits, ice cream and his dog Max. Bill’s bright smile and undeniable sense of humor made everyone he encountered feel his love and joy of laughter; he will be greatly missed.

Bill Ussery was preceded in death by his parents, William and Virginia Ussery. Bill is survived by his beloved wife of 64 years, Shirley Ussery of Lake Wales, Fla. and Wiscasset; his children, Linda Raciappa of Liberty Lake, Wash, Nancy and Mark Roberts of Brevard, N.C., and Bill Ussery III of Orlando, Fla.; and sister, Patricia Brockway of Miami, FL. Bill is also survived by his seven beautiful grandchildren, all of whom he loved dearly: Matthew and Ariel Giddings, Rebecca and Michael Donaway, Lindsay and Michael Garcia, Sarah and Nate Rudolph, Bents Dulcio, Emily Ussery and Alexander Glazer; four great-grandchildren, and much-loved nieces and nephews.

A memorial service will be scheduled at a later date.