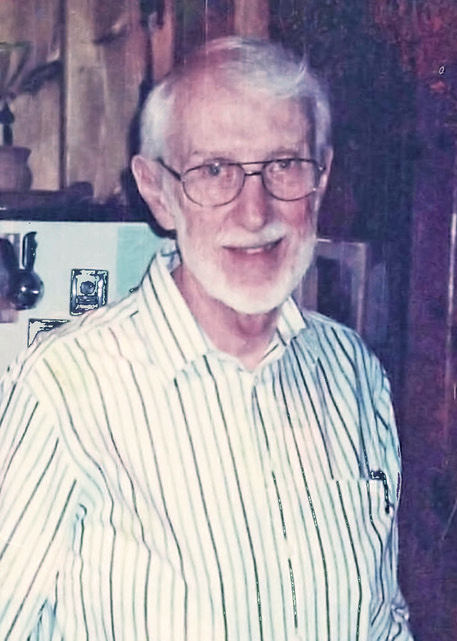 It is with deep sorrow that the family of The Venerable William Henry Murdoch Jr. announces his peaceful passing on Nov. 15, 2020 at the age of 89.

Bill was a gentle and lovely man with a lively zest for life. He grew up in Drexel Hill, Pa., attended Friends’ Central School in Wynnewood, Pa., and graduated high school from The Episcopal Academy in 1949. While they both were in high school, Bill met his lifelong love, Jane Glenn Hallam. For 64 years they were true life partners. They started married life in the Philippines, where Bill served in the Army. He was rated an expert marksman and loved to tell stories of captaining a trick drill team in the service. After coming home, Bill, who had expected to become a dairy farmer, went to work with his father in the financial sector as a stockbroker.

Bill and Jane had two daughters, Elizabeth and Heather, and together as a family, they had many fun adventures vacationing in Maine and camping across the country.

Eventually, Bill realized that he had another calling, so he returned to college. He graduated from Villanova University, earned a Master of Divinity degree from the Episcopal Theological School in Cambridge, Mass., and was ordained as an Episcopal priest at age 40.

Bill served as a priest and rector in several locations, including Trinity in Binghamton, N.Y.; St. Francis in the Fields, Malvern, Pa.; St. Giles, Jefferson; Church of the Good Shepherd, Houlton; and churches in Chariton and Des Moines, Iowa, and Newberry, Mich. Bill also served as the archdeacon of the Diocese of Iowa. Bill was a faithful servant who wanted to share the freedom and joy he found through his faith. He often did that with humor and sometimes even a song from the pulpit.

Never one to sit still, Bill decided that a motorcycle was the way to travel, and with Jane riding on the back, took many trips out West. He used to say that he and Jane “were born under a green light,” ready for adventure. Always together, they learned to play tennis in their 70s, and enjoyed playing at the local community center.

Bill volunteered many hours greeting people as a receptionist at Miles Memorial Hospital. He was a past president of the Rotary Club in Damariscotta and was awarded the Paul Harris Fellowship in 1999 for his dedicated service to Rotary. Bill and Jane were faithful members of St. Andrew’s Episcopal Church in Newcastle for many years. He liked to remember that he gave his first sermon at St. Andrew’s.

After vacationing in Maine for many years, the Murdochs bought a cottage by the water in Damariscotta in 1969. Bill had learned the arts of carpentry and fine woodworking from his father, and was able to enlarge and winterize the cabin where he and Jane lived from 1978 onward. The ever-changing view of the lake and passing eagles, loons, and ducks were a constant delight to them. Their home was a welcoming gathering place for friends and family through the years.

Looking for challenges later in his life, Bill learned to play the penny whistle, ukulele, and flute.

The family sends heartfelt thanks to the staff at Lincoln Home who took such loving care of Bill for the past 10 months, and to Dr. Minda Gold for over 30 years of extraordinary care and friendship.

There will be a private ceremony for the family, and a more public memorial will be announced in the coming weeks. Donations may be made to St. Andrew’s Episcopal Church, P.O. Box 234, Newcastle, ME 04553.