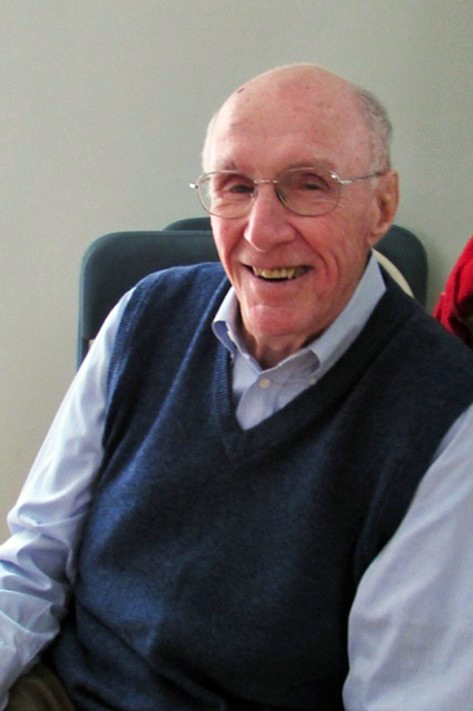 “We are the heroes of our own lives.” — Mary McCarthy

Bill Shuman passed away suddenly on Dec. 30, 2020, in Damariscotta, just shy of his 96th birthday.

Bill grew up in New Jersey. He began his college career at Drexel, but what he really wanted to do was fly. The day the Army Air Forces rejected him, he signed up for the Navy’s V-12 program. He was sent to MIT and earned a degree in aeronautical engineering. He attended midshipman school at Notre Dame, then served as a Navy ensign in Pensacola. Upon discharge, he returned to MIT and earned a second bachelor’s degree in business administration.

During his time in Boston he met Elaine Campbell, a beautiful nursing student. Elaine and Bill married and raised their four children in Milford, N.H.

Bill was a natural salesman and had a successful career as a manufacturer’s representative in the investment casting industry. His love of airplanes gave way to a love of boats, and there came a time when Bill was never without a boat or two. The boats got bigger and bigger and the adventures more far-flung.

Bill and Elaine moved to Damariscotta in 1979 to be closer to salt water. For a few gritty years they built lobster traps at North Country Wood Products. Wire mesh was just making its debut in the trap world, and Bill wound down his career as a salesman for the CE Shepherd Co.

Bill lived for boating and skiing, and family life revolved around those activities. Bill and Elaine always had a gang of friends: there was the bowling club in Milford and the Cabadetis Boat Club in Round Pond. There are many fond memories of gatherings at Bill and Elaine’s homes and on their boats.

Service to community was always a priority of Bill’s. In the Milford days he served as a bank director and a member of the school board. He taught classes to pleasure boaters for the Amoskeag Power Squadron. In Maine, he was active in the Damariscotta-Newcastle Rotary Club for many years, and gave countless hours to newspaper drives, the oyster festival, the dog show, selling raffle tickets, and more. He was often top salesman of the club’s fruit and nut fundraiser. It was hard to say no to Bill.

Upon “retirement,” Bill threw himself into the Augusta chapter of SCORE. He was a well-regarded counselor and also assumed leadership roles in the region. His clients appreciated his knowledge and real-world experience. He found helping others a satisfying challenge, and the continuous learning nourished his insatiable curiosity.

Bill was inquisitive, analytical, and insistent. His favorite question was “Why?” He had a clever wit and loved to tease. He was no foodie but welcomed a batch of homemade cookies. He pushed us all to do what he deemed “worthwhile” with our lives. He kept going: up to his last day he took walks, rode his bike, read voraciously (nonfiction only), and stayed abreast of current events. He enjoyed his life at Schooner Cove and treasured his pool games with his buddies.

Bill was predeceased by Elaine; his sons, Paul and Bill; and his grandson, Josh. He leaves his daughter, Pat, of Tacoma, Wash.; his son Rob, of Lubec; his sister-in-law, Gloria Campbell, of Nashua, N.H., his grandson, Caleb Page (Mariana), of Tacoma; and five great-grandchildren. Plans for celebrating Bill’s life are uncertain, for reasons we all understand.

Donations in Bill’s memory may be made to the Damariscotta-Newcastle Rotary Club, P.O. Box 565, Damariscotta, ME 04543; dnmrotary.org.

Friends and family are invited to share their memories of Bill by visiting his book of memories at hallfuneralhomes.com. Arrangements are entrusted to Hall Funeral Home, 949 Main St., Waldoboro, ME 04572.