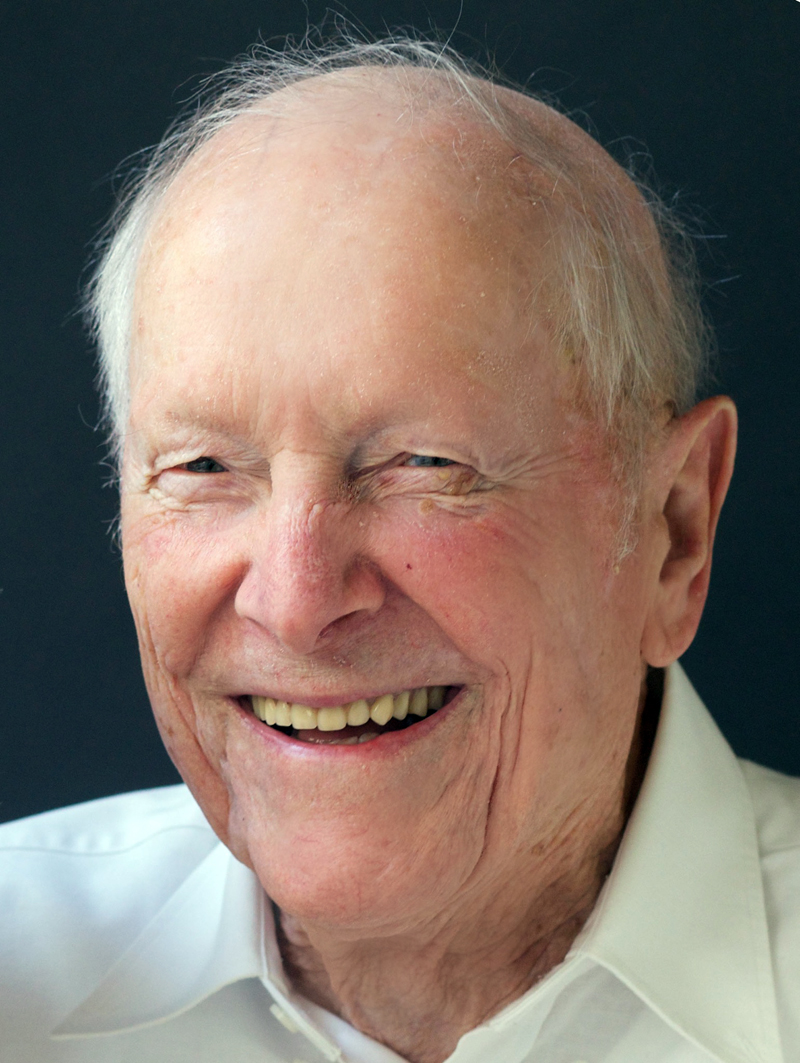 Born in Fairfield on June 25, 1924, Bill was the son of Clara Heath and Otis Lawry and the middle of five boys, Heath, Otis, Arthur and Silas. He graduated from Lawrence High School in 1941 and served in the U.S. Navy in WWII in the Pacific theater. After the war, Bill graduated from Babson Institute in 1950. That same year, he met Muriel Becker and they were married in 1951.

Active in business and civic affairs in Central Maine throughout his life, Bill began his insurance business when he returned to the area in 1959. He formed Burgess & Lawry with Bill Burgess in 1968, operating it over several decades. Bill served three terms in the Maine State Legislature from 1969-75 as well as serving or being elected to several other local organizations, including town council.

Beginning in 1983 and during retirement, Bill and Muriel spent time at their summer home at the ocean in Chamberlain where they enjoyed being with family and friends.

Bill was a long-standing member of or a volunteer for Fairfield Kiwanis Club, Dollars for Scholars, Fairfield Interfaith Food Pantry, Meals on Wheels, American Legion Post 14, Siloam Masonic Lodge Post 92, and Waterville Country Club. Bill was also deeply devoted to the Fairfield United Methodist Church for over 50 years where he served in many capacities including as a lay leader.

Bill is survived by his wife of 66 years, Muriel; children and their spouses, Silas Lawry and wife Kate O’Halloran, Cynthia Gross and husband Paul, and Seth Lawry and wife Cindy. He was the beloved Pop-Pop to his grandchildren, Emma, Clara, Hannah and Heath Lawry. Unfailingly warm and gracious, Bill had many friends from every walk of life, near and far.

Visiting hours will be held Thurs., Dec. 7 from 3-6 p.m., at Lawry Brothers Funeral Home, 107 Main St., Fairfield. A service to celebrate Bill’s life will be held Sat., Dec. 9 at 11 a.m., at the Fairfield United Methodist Church, 37 Skowhegan Rd., Fairfield with a lunch reception for all to follow at Colby College.