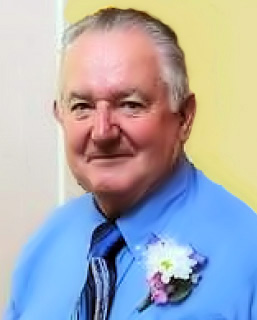 Bill graduated from Wiscasset High School in the class of 1959. After graduation, he attended the University of Maine at Orono and Farmington where he earned a bachelor’s degree in education. Bill taught school for 30 years before retiring from Mt. Ararat in Topsham. During these 30 years, besides raising nine (plus) children, giving back to his community was of great importance to him. He was a founding member of the Wiscasset Ambulance Service, an EMT instructor, the Wiscasset Recreation Department director, a volunteer firefighter, and a coach. Bill’s passion for coaching basketball started at Bath Junior High School. That passion never wavered and could be seen by those who observed him on the sidelines as a member of the coaching staff of the state championship Forest Hills team.

Bill was a hard worker with interests that varied. He didn’t just do things, he built things that so many people benefited from. He helped start the Wiscasset Speedway, known as the fastest track in Maine, and was recently inducted into the speedway’s hall of fame for his role as a founder and announcer.

Later in life, Bill found a way to combine his storytelling skills with his love of the outdoors by training and becoming a whitewater rafting guide. He ran many rafting companies before he turned his focus to building the Inn By the River, with his wife Corinne “Cori,” where he told stories and built friendships as an innkeeper. When Bill wasn’t providing for his family, he spent time enjoying the outdoors with family and friends at his beloved summer home on Moosehead Lake. Bill was an avid fisherman and hunter, loved reading, playing (winning) cribbage, and took a lot of pride in his woodworking creations that he shared with those he loved.

A private gathering will be held in the spring to celebrate Bill’s life.

Those who wish to remember Bill in a special way are invited to donate or support in any way they can to The West Forks Fire Department, P.O. Box 21, West Forks, ME 04985; or The Eastern Area Agency on Aging caregiver program, 240 State St., Brewer, ME 04412.

Condolences to the family may be expressed at brookingssmith.com