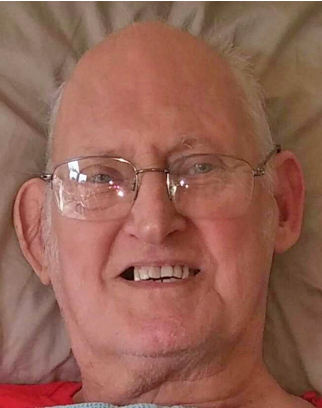 William Wallace Lafond II sweetly passed into his eternal home on Oct. 6. Looking forward to their future heavenly reunion are his wife of 51 years, Sylvia H. (Fullerton) Lafond of Warren; daughters, Lynda Bess Lafond of Yarmouth, and Shanie Grace Pease of Union; and son, William Wallace Lafond III of Camden; along with many relatives and friends from all over the globe.

Bill was proud to be named after his grandfather, and along with “Dad,” some of his other monikers were “Billy-Wall,” “Captain Bill,” “Pulbil,” “Mr. Bill,” and “Papa Bill.” Born in Gloucester, Mass. on April 26, 1930, Bill was the son of Gloucester fisherman Ellsworth L. Lafond and Bessie Edith (Smith).

Physically handicapped from a birth injury, Bill never let it dictate what he could or could not do. After attending Northeastern University, he worked for a time as a photographer and then studied for a career in radiology. He taught his children a strong work ethic, and supplemented the family income by taking on two full time jobs while they were in school. While Bill worked in the x-ray department of the VA Hospital in Jamaica Plain, Mass., he simultaneously was a custodian in the Gloucester public school system.

Bill is remembered by many for his hereditary intense sea-green eyes and his sense of humor. Known for their generosity, it was not uncommon for Bill and his wife to offer their home and hospitality to those in need. In keeping with that spirit, in lieu of flowers, donations in memoriam can be sent to Operation Christmas Child and Samaritans Purse, PO Box 3000, Boone, NC 28607, www.samaritanspurse.org.

Friends and family are invited to attend a graveside service at 12:30 p.m., Thurs., Oct. 13 at Beechbrook Cemetery in Gloucester, Mass.

To extend online condolences, light a candle for Bill, or to share a story or pictures, please visit his Book of Memories at www.hallfuneralhomes.com.