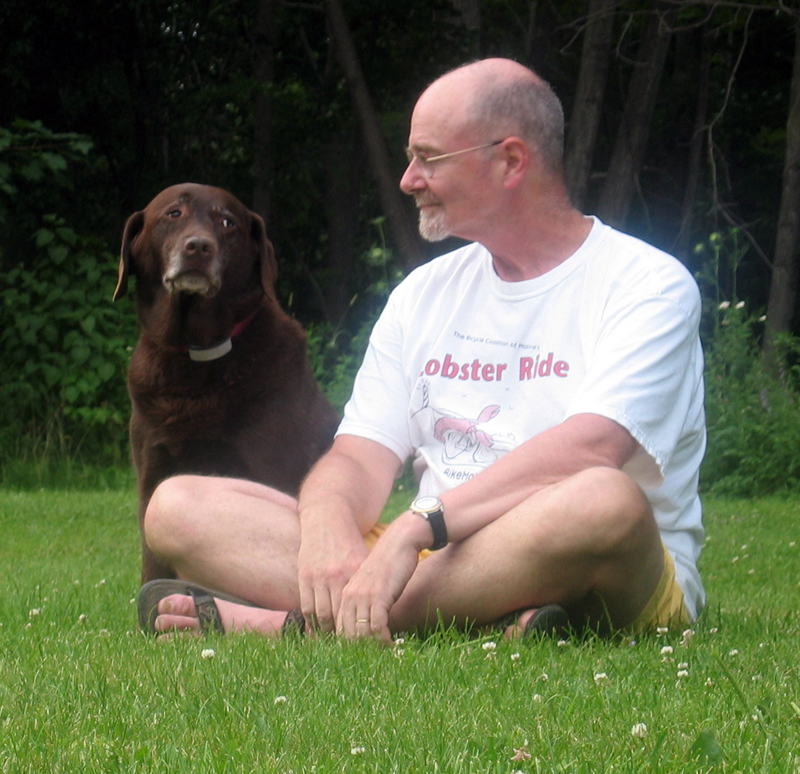 Born in Beaver, Penn., Bill was the youngest of Margaret and James Walton’s three children. He majored in geology at Williams College (’73) and received a Master of Library Science from the University of Chicago. After working as a corporate librarian for Shell Oil in Houston, Texas, for several years, Bill moved to Stamford, Conn., in 1979, where he became a business consultant for Real Decisions.

Bill met his wife, Eliza, at a Halloween party in Stamford. They got married at Small Point Beach in Maine on Oct. 15, 1983. Shortly after the birth of their first child, Mac, Bill and Eliza left Connecticut and moved to a small farm in Waldoboro where they raised sheep, chickens, two donkeys, and a pony. There, Bill worked remotely for Real Decisions and began coaching boys’ soccer at Medomak Valley High School.

In March 1988, after the birth of James, their second child, Bill was diagnosed with mouth cancer. After undergoing radiation treatment, Bill was in the clear. In the summer of 1993, shortly after the birth of their third child, Grace, Bill and Eliza sold their farmhouse and moved their family to Newcastle.

Bill’s family and community were paramount for him. He was a deeply dedicated father and husband, as well as an active community member. In his youth Bill worked at an Easter Seals camp, which helped form his sense of civic and moral duty. As an adult, you could find him anywhere – on the tennis court, the soccer field, the school board – gently lending a hand to anyone in need, offering the right solution to any problem with unparalleled grace and wisdom.

Bill was an avid reader, enjoying everything from poetry to historical nonfiction to fiction and everything in between. He also loved photography and spent many hours capturing Maine’s quiet beauty. You could also find him tending to the garden, throwing tennis balls for the dogs, and enjoying a quiet kayak paddle on the lake, admiring the loons and eagles. Bill was a man of few words, yet unwavering in providing wisdom and guidance and always impeccable humor.

In November 2016, after almost 30 cancer-free years, Bill was diagnosed with a tumor on the back of his tongue. After major surgery, Bill could no longer eat or drink, and talking proved to be a challenge. He received sustenance via a feeding tube and slowly regained his ability to speak. He persevered, never failing to smile, and continued to be a warm and caring father, husband, and friend.

In August 2018, doctors found yet more cancer and removed the rest of his tongue. As predicted, Bill recovered gracefully and continued work as a business consultant, managing to communicate verbally even on conference calls. Bill’s resilience was admired by all. In August 2019, another tumor was found and Bill began an aggressive round of chemotherapy. When the chemotherapy proved to be too potent, he contracted pneumonia. On Oct. 12, 2019, in the early hours of the morning, Bill passed away.

Bill is survived by his wife, Eliza, and their children, Mac Walton, James and Hana Walton, and Grace Walton. The family hosted a private memorial celebrating Bill’s love of music, poetry and prose, anecdotes, and community.

“My experience as a consultant has taught me that most of my work has been building sandcastles that melt and morph… but that the relationships that we build with our colleagues… are what end up having long-term value.”