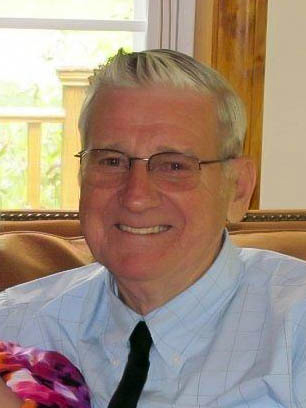 Bill was born in Richmond on Sept. 10, 1934, to Ernest and Melva James. He was one of 10 children, with five brothers and four sisters. He attended the Dresden school system as a child, and later returned to night school in 1990 to complete his high school diploma.

Bill met the love of his life, Ellen Farnham, at age 19. They were married on June 18, 1955, and recently celebrated their 66th wedding anniversary. Together they raised five sons and a daughter; sadly, losing a son in a tragic accident in 1984. Their devotion as parents was never more evident than in caring for their special needs son for the past 61 years. His involvement in Special Olympics and programs for the disabled was an important part of his life.

Bill was a member of the Church of the Nazarene in Wiscasset for 55 years. He worked tirelessly to maintain the church and grounds where he enjoyed singing at Sunday morning service with his wife and son. Bill had a passion for gardening and could make anything grow. The family homestead was kept impeccable with beautiful flowers and bushes of all types and colors that have been admired by many. He was also a talented artist, adorning loved ones with drawings, paintings and murals of nature and coastal Maine and beautifully decorated wreaths every Christmas.

Bill had a strong work ethic throughout his life, which he passed along to his children. He worked countless jobs including as a machinist at Bath Iron Works from 1978-2000, a marine worm digger, and a carpenter – a trade he passed onto his children and grandchildren.

Bill was the rock of his family and a gentle, loving spirit that touched the lives of all he encountered. If you asked him what his greatest accomplishment was, he would say it was being married to and raising a family with his wife who he cherished and serving God.

Bill was predeceased by his mother, father, and five siblings, Ernest “Eddie,” Franklyn Sr., George Sr., Charles Sr., and Iona Pinkham; his beloved son, Jeffrey; and a precious grandson, Billy, who passed away in 2004.

A graveside service will be held at 1 p.m. Friday, Oct. 15, at the Greenlawn Cemetery in Wiscasset.

In lieu of flowers, donations can be made in c/o Ellen James, 38 Shea Road, Wiscasset, ME 04578 to be used for a special needs trust for continued care of their son Stevie.