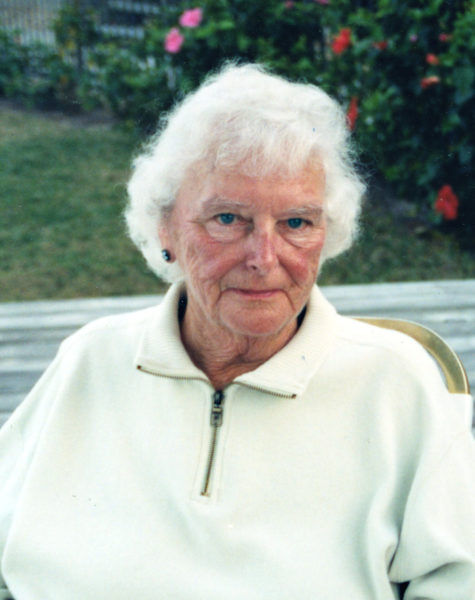 Winnie graduated from Boothbay Harbor High School in the class of 1942. She was valedictorian of her class. She went on to Bates College and graduated in 1946. Her first teaching position was at Wiscasset Academy. Her next position was at Lincoln Academy where she taught Latin from 1961 until retirement in 1981.

She and her husband lived on the Sheepscot River in Newcastle. She enjoyed swimming, boating, bird watching, and gardening. She was an avid reader with a special interest in history and languages. During her teaching career she took her students on trips to Italy and Greece.

Music was also a central part of her life. After her retirement, she and her husband spent winters in Marbella, Spain. After that they wintered on Hutchinson Island in Stuart, Fla. After her husband’s death, she moved to Sandhill Cove in Palm City, Fla.

From her family and friends to her many students, Winnie will be remembered for her warmth, kindness and generosity.

Besides her husband, she was predeceased by son, William; sisters, Susie Greenleaf, Alberta Rowe, and Josephine Poole; and brother, Walter Poole.

Following her wishes, a gathering for a celebration of life will be held in August of 2017. An announcement will be published in The Lincoln County News at a later date.