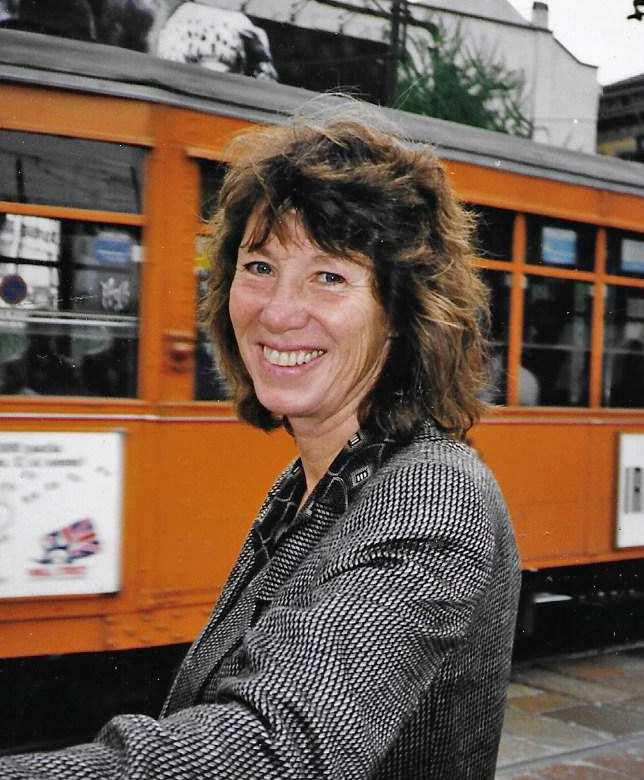 Yvonne Marie Hannemann, 81, died Jan. 14 at Sussman House in Rockport, due to complications of cardiac disease and peripheral vascular disease.

She was born and grew up in New Jersey, older daughter of William and Florence Hannemann. She went to school in New Jersey and in high school competed on the swim team and the synchronized swimming team. She went to Michigan University for her freshman year of college, then transferred to Columbia for their five-year architecture program. Summer before her last year, she got a job in San Francisco with Charles and Ray Eames, designers she greatly admired. When they asked her to stay on in the fall, she decided she already had her “dream job” and didn’t return to Columbia.

Several years later she received a Fullbright grant to document folk culture in India and Sri Lanka. She lived in those countries for several years, documenting in still photography and film.

Returning to NYC, she worked for brothers Albert and David Maysles, known as the “fathers” of documentary film. She learned to edit film, then began making commercial films for them. After awhile, she decided she could make commercial films if she started her own company, just as well as for the Maysles. Some of her clients included Levi Strauss, Bonne Bell, the U.S. Ski Team, numerous banks, especially Chase Bank and Citibank. The Citibank films took her all around the world.

About 1980, Yvonne moved to Maine, renting a cottage on the Damariscotta River where Thomas Edison used to come to fish. If she could schedule things right, she would shoot and travel in the fall, winter, and spring and then rent a Steenbeck editing machine, bring it to Maine, and edit in the summer, commuting back to New York to meet with clients as need be.

In the late ’80s, the films began to dry up and she and a friend started a business: New England Screen Door Company in the old Bristol Schoolhouse. One of their favorite clients was the Blaine House, the Governor’s Mansion in Augusta. After 21 years, the business was closed for personal reasons, the Schoolhouse sold.

Yvonne was a talented athlete. She liked to run and ran many 5/10K races, as well as five marathons. She liked to hike and during her “India” years, climbed Mt. Everest to 18,000 feet until succumbing to pulmonary edema. She was an excellent and graceful skier, perhaps because she spent a winter ski-bumming out west where the U.S. Ski Team just happened to be training. She loved to ski at Alta, Utah and many places in Europe, especially at Val D’Isere, France. She loved to sail, was mostly self-taught, and graduated from sunfish to Lasers, to a Hobie Cat, to sail boarding, and the last 20 years to a lovely 24-foot Raven, Miss Otis, designed in Bath in the ’60s. Miss Otis participated in most of the last 20 years of the Dixie Bull Regatta.

When in India, Yvonne literally “bumped” into Swamigi Satchidananda, and when he came to the U.S., she became a devotee. Later she was also a follower of Sri Chinmoy.

Yvonne loved Mark Knopfler, Vivaldi’s Gloria, Chet Atkins, and Sarah Willis’ programs on MPBN. She also loved cats, horses, elephants, foxes, and little stories or cartoons about any of the above. She loved Jane Austen, Barbara Pym, Henning Mankell, and Doris Kearns Goodwin. She loved the New York Times, the New Yorker, MSNBC, and the Obamas.

Contributions in Yvonne’s name may be made to the Pemaquid Watershed Association, P.O. Box 552, Damariscotta, ME, 04543.

A celebration of Yvonne’s life will take place in the spring/summer and will be announced in a future edition of The Lincoln County News.