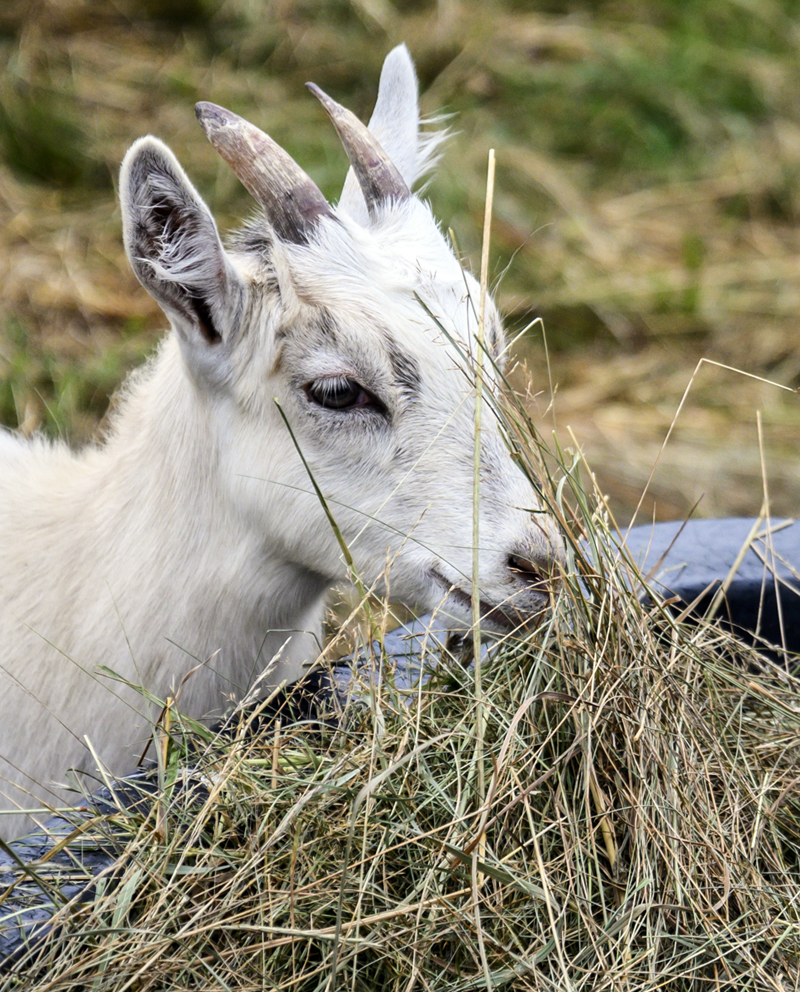 Every Wednesday around 11 a.m. reporters and editors gather in a small room at the Lincoln County News to plan the coverage for the coming week. The stress of deadline is over, the keyboards are quiet, and if we’re lucky there are freshly made raspberry muffins in a cloth-lined basket being offered ‘round.

Last Wednesday I reviewed my list of obligatory local government meetings, put forth my candidate for the Characters of the County column, accepted an assignment suggestion for an Arts and Eats piece, and updated my progress (or lack thereof) on an article for an upcoming magazine.

But what I was most excited about was shooting a photo story on Open Farm Day.

Open Farm Day is an annual celebration that exists to connect the public with farmers and to introduce us to the bounty of locally produced food all around us. I thought it could provide some colorful and lively photographic opportunities full of vibrant vegetables and an array of fun farm animals.

I had an ambitious plan — seven farms in five hours. (Yes. I’m new to Lincoln County. No. The plan was not realistic.)

I started at the Beau Chemin Preservation Farm in Waldoboro where I was greeted by a large, friendly, and somewhat damp poodle bouncing and boisterous with eyes of liquid gold.

Not many visitors while I was there, although there was one large family group that was vacationing in Friendship and not about to let a little rain spoil their plans.

I got to take a few shots of rare Icelandic goats. And I got to talk at length with farm owner Wayne Myers who regaled me with fascinating information about preserving heirloom species while Teddy (the poodle) settled on the couch next to me, strategically close enough to encourage petting.

Then I hit up Keekionga Farm II in Jefferson. By the time I got there rain was a definite factor and a strong wind was also making its presence known. There were no other visitors while I was there.

Farmer Clayton Spinney, who really could be Santa Claus in disguise, finally agreed to let me get a picture of him, but only if the photo included his wife Lisa. I also photographed the farm’s curly-haired Mangalitsa piglets, clicking away wildly as they scrambled over each other once grain was in the trough.

The Spinneys loaded me up with fresh basil, fragrant sage, and Swiss chard from their greenhouse as well as sweet Italian pork sausage and spicy chorizo. I fried up the sausage and crisped the sage leaves in brown butter over pasta for dinner that night.

Next was the Pumpkin Vine Farm in Somerville. It was hopping despite the rain. There was a cut-throat game of cards going on inside the farm store, and goat petting in the barn.

The “goat walks” that the farm also offers along several trails on the property were canceled due to the rain. But there was incredible cheese courtesy of those goats, of which I availed myself, along with a blueberry goat milk smoothie and a really good oatmeal raisin cookie.

The last stop I made it to was the SeaLyon Farm in Alna, well known for its partnership with the Wiscasset, Waterville and Farmington Railway.

They had a number of activities planned throughout the day including hay rides and crafts although things were winding down by the time I got there. At least I got to experience the smell of lavender in the rain and photograph the dusky purple blooms against green grass and gray sky.

I think I made some decent photos, perhaps not as many as I would have liked. I missed my goal of seven farms by almost half.

Despite the rain the produce was colorful, the goats majestic, the dogs playful, the participants smiling and engaged. And the heirloom tomatoes, the buttery Gouda, the fragrant herbs all inspired menus to remind me of the fresh and hand-crafted foods available at Lincoln County’s farms.

To all the farms I missed this go around, I’ll see you next time. Open Farm Day will be around again in another 365 days or so.

I recommend it — rain or shine.

(“After Deadline” provides The Lincoln County News reporters a space to reflect on the community they cover.)