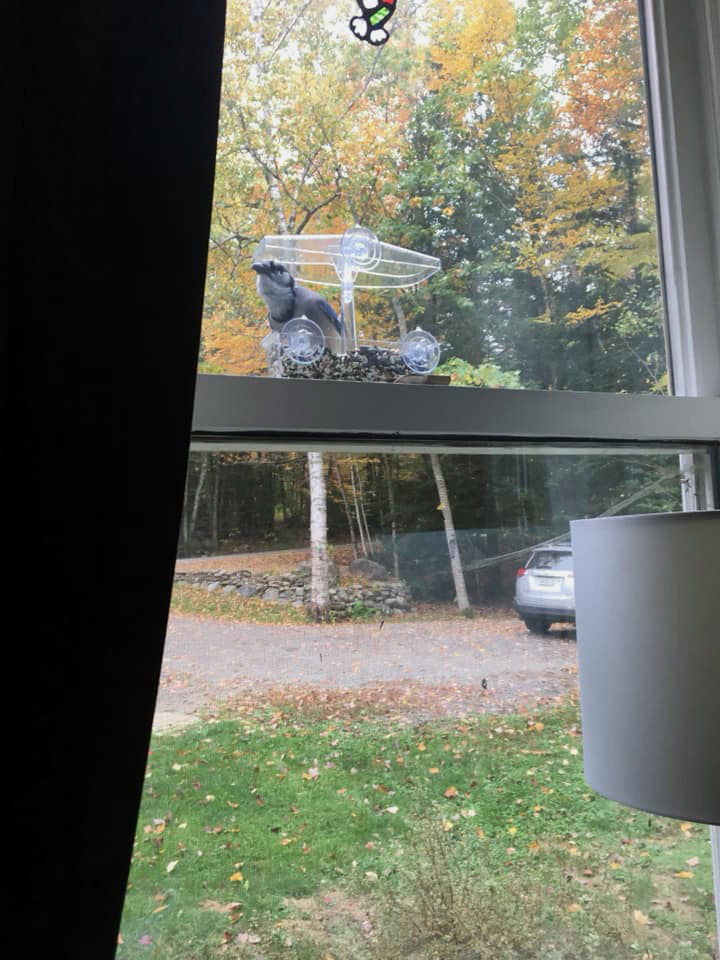 Blue jays are bold and brash backyard birds. Their vibrant blue color and distinctive personality make them a striking sight. In Lincoln County, blue jays are common, year-round visitors. Although some blue jays migrate, many do not. It is unclear as to why some blue jays move, and others stay in a preferred location. In backyards, blue jays prefer oak and beech trees. They are also found in forest edges, gardens, wooded parks, and in more developed areas.

Blue jays can be found from Florida to southern Canada. They are common throughout the eastern United States and as far west as Oklahoma. Their range is currently expanding geographically. Overall, it is estimated there are 13 million blue jays in the United States and Canada.

Local populations are stable. The biggest threats to blue jays come from cat and dog attacks. Blue jays sustain themselves on an assortment of wild foods. As omnivores, they will eat acorns, seeds, berries, small fruits, insects, frogs, and the young of other bird species.

In my yard, I offer peanuts in a hanging tray feeder. Blue jays are known to like peanuts, and this has provided an effective lure. I also put out sunflower seeds and suet nuggets. The jays will hit each stocked feeder, but peanuts and suet seem to be their favorites. Blue jays are active throughout the day. However, they seem to visit these feeders more in the morning. This is a good time to observe their furtive movements through the trees.

Blue jays nest off the ground in tall trees. Four to seven eggs occur in each clutch and take over two weeks to hatch. The eggs themselves are blue or brown and are contained in nests made of grass and twigs. Nests may be abandoned if a predator is discovered lurking nearby. Blue jays have one brood per breeding season.

Blue jays have a reputation for being the bullies of the bird world. They are not universally liked or admired. This is reflected by the fact that they are the state bird of exactly zero states. In contrast, the cardinal is the symbol of seven. Eating the young of other birds does not add to their popularity. From what I can see, however, blue jays are oblivious to human opinions. They’re too busy enjoying the peanuts and the view.