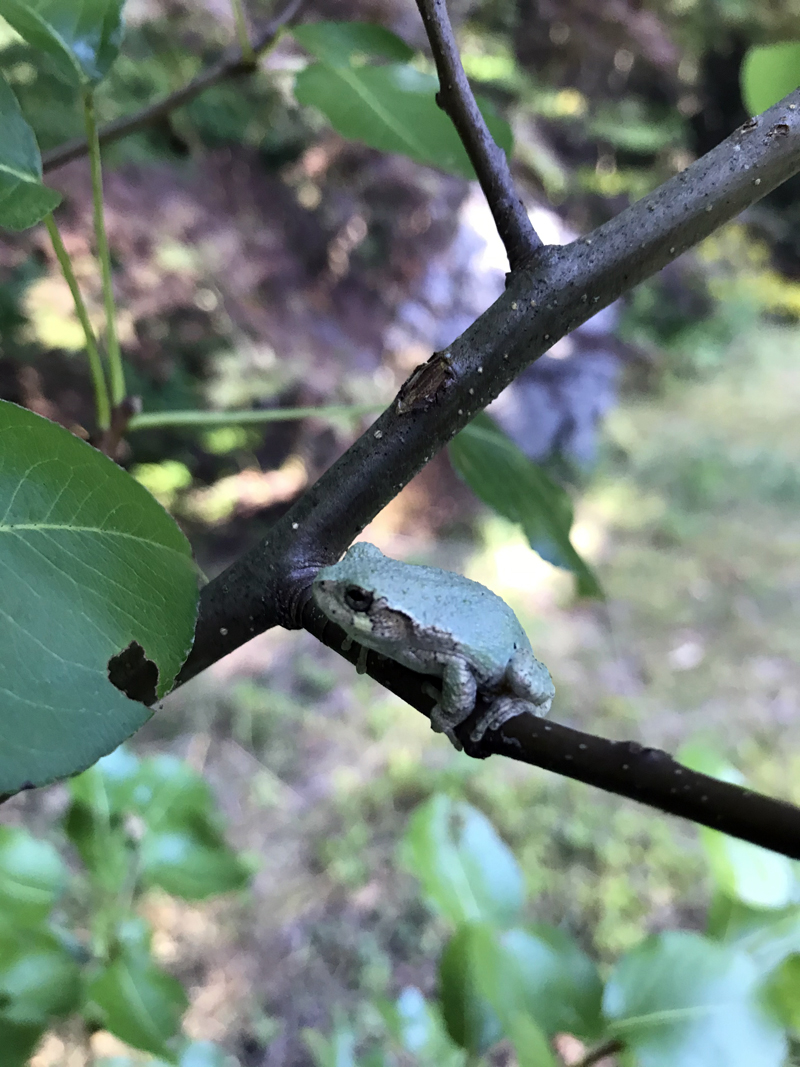 For those who read and enjoy this column: I will be offering a two-hour course on bird-friendly backyards through Central Lincoln County Adult Education on Oct. 6 from 6-8 p.m. Offered remotely, creating bird habitat will be the focus of the course. To register, visit clc.maineadulted.org or call 563-2811.

If there has been a silver lining to the past six months, it’s that as you spend more time at home or in Lincoln County, you’re apt to see more wildlife. As someone who writes about nature for this paper and other places, I have been pleasantly surprised over the past few months. If nothing else, perhaps we’re all more attuned to what was already around us.

In the spring, I had the privilege of watching a phoebe up close in my yard. Since then, with phoebes more firmly on my radar, I’ve been seeing them everywhere. In Somerville recently, I watched one hunting for insects. It looked completely engrossed with this task as it flew out, grabbed a bug, and then returned to its same low perch. As I wrote back in April, they carry themselves with a certain aristocratic air. Incidentally, that column on phoebes was the most well-received piece of writing I’ve done for the LCN. People reached out to share their love of phoebes in a way I’ve not seen for any other species.

Gray catbirds are another bird that has captured my attention in a big way. I’d heard them for years but rarely spent any time looking for them. This year, they’ve been making themselves known by darting out from the edges as I move past. This summer, in Damariscotta, I saw one with a moth in its bill. It was a special moment. If I didn’t know any better, I’d venture that the bird looked surprised to be caught snacking by a jogger. 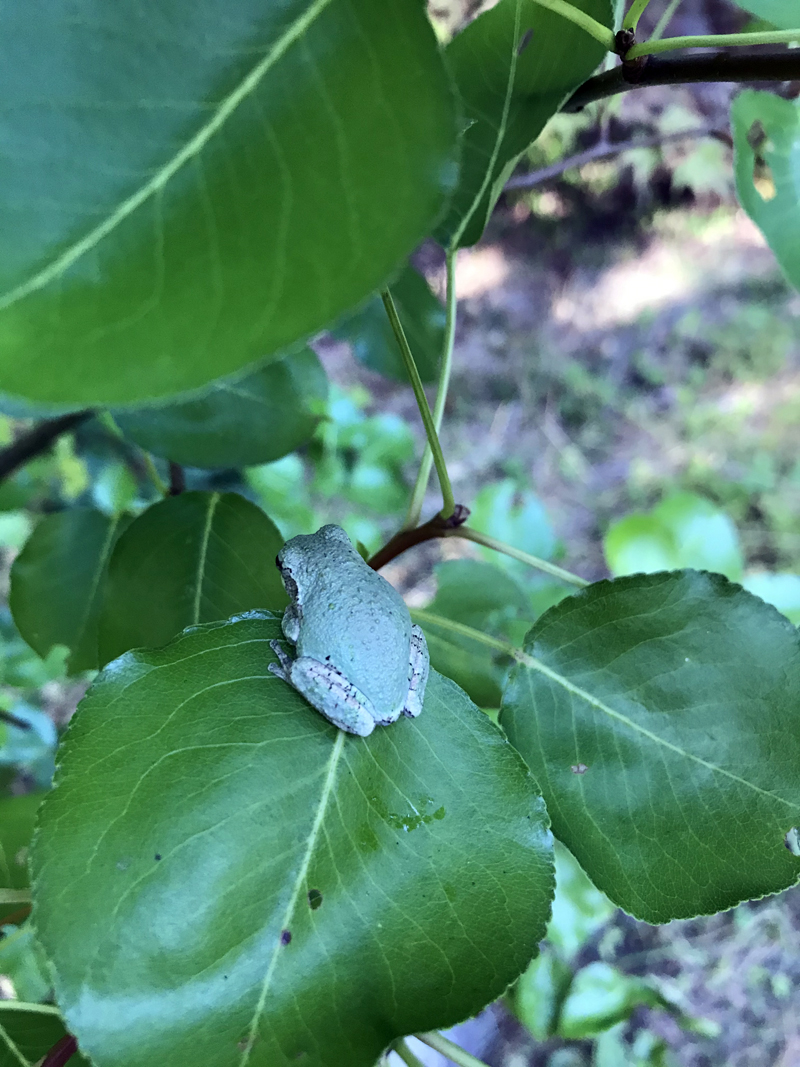 A gray treefrog rests on a leaf of a pear tree in Newcastle. (Photo courtesy Lee Emmons)

Treefrogs have been the big amphibian breakout of 2020. Seeing one around my house used to be a rare treat. Now, it’s become a common occurrence. There hasn’t been a population explosion. I’m simply home and outside more than I have been in previous years. That was good news for the treefrog I found in late August desperately treading water inside my rain barrel. Gently extracting it, I gingerly put it down in the safety of the garden. If frogs can feel gratitude, I suspect I made a friend for life. Its brethren have been spotted on watering cans, a potting bench, and inside our pear tree.

My most prized wildlife encounter occurred this past Thursday, Sept. 17. As I stood by the window, I noticed a ruby-throated hummingbird sipping from a freshly changed sugar-water feeder. I had never seen a hummingbird this late into September. Drinking its fill, it quickly retreated to the cover of nearby trees. My yard provided a much-needed boost to the straggler as it resumed its journey to Central America. I was there to bid it farewell. Hope, as they say, springs eternal.