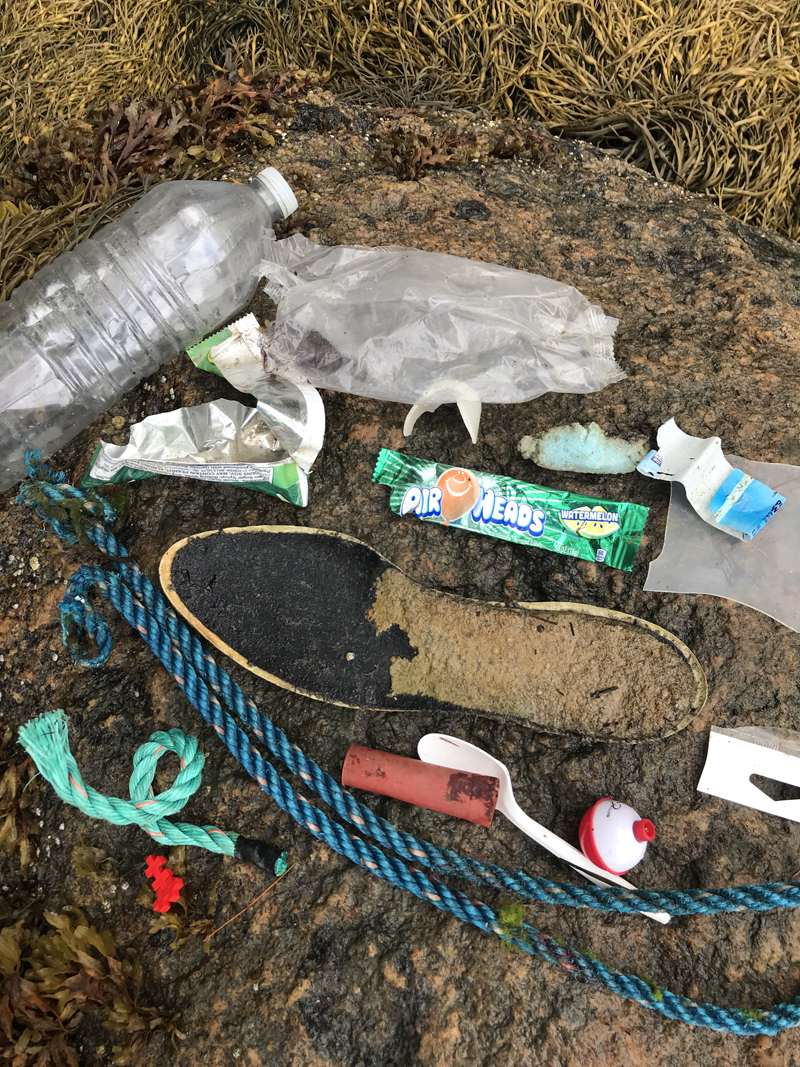 Recently, I enjoyed a hike through the Ravine Trail at Dodge Point in Newcastle. The trail was empty, and the weather was typical of late fall in Maine. The ravine you pass through is a peaceful place, as is the farm road that takes you back to the parking lot. Unfortunately, as I reached the kiosk at the trailhead, I observed that it was covered with trash. Several dog poop bags sat next to wrappers and an old bottle. The parking lot itself was also littered with plastic trash. A disposable mask lay further down the trail. This beautiful community asset was marred by items that could have easily been removed by the persons who decided to leave them. The only things that should be placed on a trailhead kiosk are lost and found items.

I grabbed a plastic bag and removed all of the litter. Sadly, in my experience, this is not an unusual occurrence in Lincoln County. The park at Damariscotta Mills in Nobleboro, various nature preserves, and practically every roadside host all manner of discarded litter. Beyond being unsanitary and disrespectful, I believe littering speaks to a sense of entitlement that is becoming far too common.

Some littering is accidental or otherwise inadvertent. But other acts of littering are intentional and thoughtless. The litterers at Dodge Point seemed to think that by leaving their trash by the trailhead, it would somehow magically disappear. The same logic was also used by the people who left a dirty diaper by the bridge in Damariscotta Mills (I didn’t pick that up for obvious reasons). Those who drink and drive also share this mentality. Their liquor bottles and beer cans weave a trail across Academy Hill Road in Newcastle.

Litter, especially plastic litter, poses a clear and present danger to wildlife. Marine mammals, turtles, and seabirds mistakenly ingest or become entangled in plastic. It is estimated that 1 million seabirds alone die each year from plastic waste. By 2050, it is believed that there will be more plastic than fish in the ocean. The trash dumped in coastal areas is more than a simple eyesore.

Outside of waving a magic wand and making people stop littering, what can we do to combat the problem? First and foremost, join or organize a cleanup in your area. If everyone adopted their small corner of the world, the impacts of littering would be eliminated almost overnight. Secondly, you can draw attention to the problem by writing letters to the editor or posting photos on social media. Finally, encourage young people to properly dispose of their waste in all circumstances. We don’t need any more people like the entitled folks that decided to turn a scenic trailhead into their own personal garbage dump.

In a divided country where nearly everything has become political, I think we can all agree that our trash should be disposed of properly. Littering in any outdoor space is an invitation for others to follow suit. At a basic level, packing out your own things also shows that you are accountable, in some small way, to the community of which you are a part.