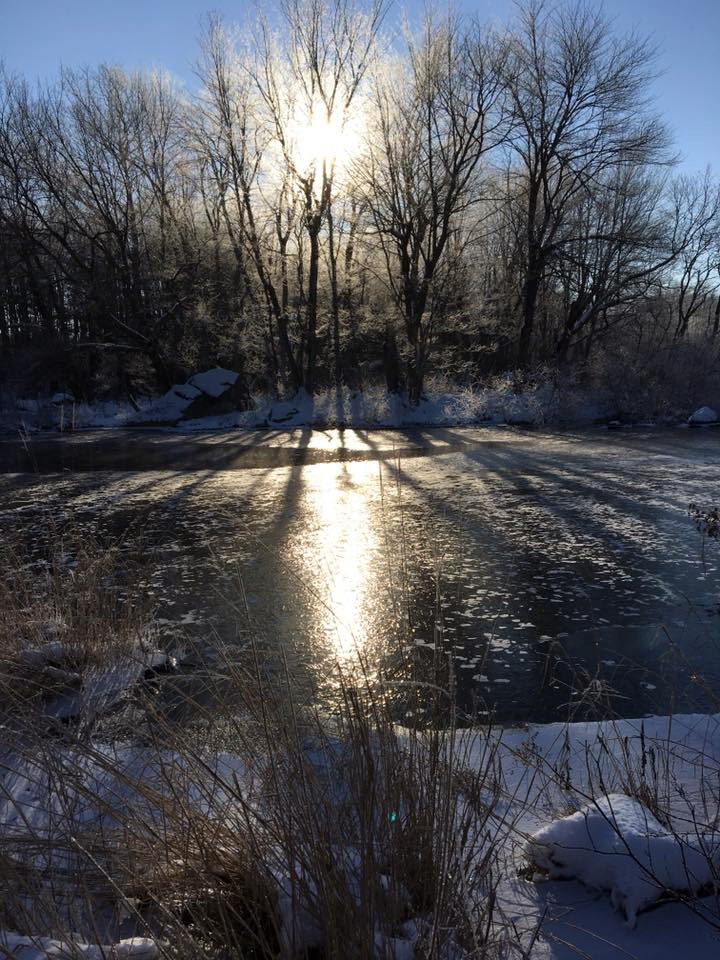 Lincoln County is blessed with an abundance of rivers. Some are well-known and regularly visited; others are smaller and less familiar. Regardless of their size and location, all are beautiful and help define the geography of the county.

The most familiar local rivers are the Damariscotta, Sheepscot, and Medomak. All three are large enough to inspire conservation organizations dedicated to their health and protection. Now part of larger regional land trusts, all three groups were started by those with the foresight to protect the land and waters they cared about.

The Kennebec River, one of Maine’s largest, also passes through Dresden.

Smaller Lincoln County rivers include the Marsh River in Newcastle, the Pemaquid River in Bristol, the Eastern River in Dresden, and the Back River that flows past Westport Island. Every corner of the county also contains numerous streams. Some of these streams are named and mapped; others are mere trickles that dry up seasonally.

A river or large stream implies adventure. You can follow the banks by foot or travel by canoe. There are experiences to be had, fish to be caught, and bridges to cross. Rivers are also excellent places to observe wildlife. Great blue herons, belted kingfishers, crows, and a variety of gulls are just a few of the birds you may find along the Damariscotta River in the summer. Just recently, on Nov. 20, I spotted two great blue herons hanging around the Damariscotta River.

Throughout millennia, rivers have played an important role in human history. They facilitated the rise of agriculture and the development of the first permanent settlements and cities. Rivers also provided ancient highways and the ability to travel great distances by boat. Closer to home, Native Americans in Maine used the state’s vast river network to reach the coast and return inland as the seasons dictated.

History buffs may remember that river crossings led to the final drive into Nazi Germany at the end of World War II. On the Western Front, the Americans managed to capture an intact bridge at Remagen in March 1945. The Germans had successfully destroyed other bridges, making this Rhine River crossing vitally important. The push eastward from the Rhine finally opened the German heartland to a full-throated Allied advance. Operation Market Garden, an attempt to cross the river elsewhere in September 1944, had been repulsed.

On the Eastern Front, the Oder River formed the last natural barrier between the advancing Red Army and Berlin. A last-ditch defense of the capital began at the Seelow Heights in mid-April 1945. The ultimate storming of the heights and the capture of the Oder led to the terminal events of the war. Two weeks after the fight on the Oder, Berlin would surrender and Hitler would be dead. The crossing of the Rhine and the Oder directly contributed to the end of the bloodiest conflict in history.

Our local rivers have their own history and deep connections to the land and the people that have come before. The next chapter of Lincoln County will likely be told by the rivers, both large and small, that have flowed freely for thousands of years.