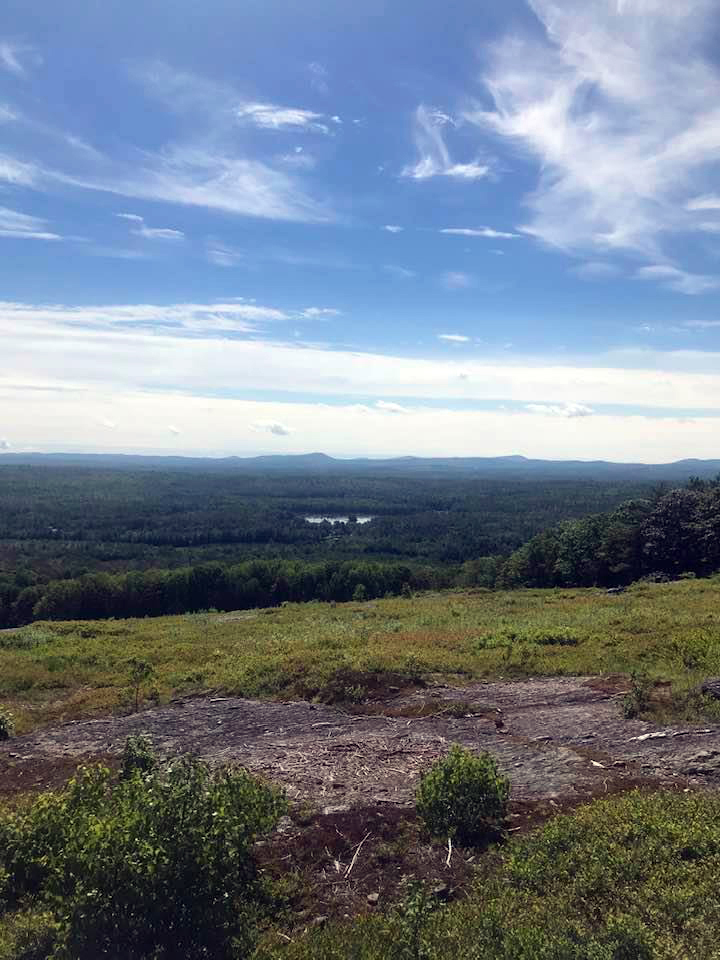 The view from the summit of Haystack Mountain in Liberty, Waldo County. (Photo courtesy Lee Emmons)

Do you know what the highest point in Lincoln County is? Have you ever stayed awake wondering? I suspect the answer to both questions is no. However, I have on occasion wondered which part of Lincoln County is the farthest from sea level. Despite our relative lack of elevation, the county does have a number of smaller mountains and rolling hills. Unfortunately, finding the definitive highest point takes some digging.

I had long believed that Blinn Hill in Dresden was the highest point in the county. But according to the Maine Atlas and Gazetteer, the elevation of Blinn Hill is 447 feet. Haskell Hill in Jefferson is listed at 496 feet. Clearly then, Blinn Hill is not actually our highest point. As for Haskell Hill, it is the highest listed elevation I can find in the Maine Atlas and Gazetteer. Just shy of 500 feet, it towers over other listed hills.

Yet, we can’t quite stop there either. According to another site, the highest point in Lincoln County is actually Cunningham Mountain, which straddles Washington (in Knox County) and our very own Hibbert’s Gore. The portion located in Hibbert’s Gore is over 700 feet in elevation as confirmed by USGS topographic maps. Unless there is another contender I am aware of, I believe the highest point in Lincoln County is located at its extreme northeastern corner.

Other local high points include Mountain Hunger in Edgecomb, which sits at 272 feet above sea level. Bunker Hill, the scenic lookout on Route 213 in Jefferson, is slightly higher at 296 feet. Despite its magnificent view, Bunker Hill is not even the highest point in Jefferson. Academy Hill in Newcastle is about 200 feet high at its highest point. Although anyone who has ever walked up it can attest to the fact that it feels much steeper than that.

Currently, there is no official distinction between a hill and mountain. Both rise above the surrounding land and have obvious summits. However, both geographic terms are subjective. Your large hill may be my small mountain and vice versa. Locally, some areas designated as mountains are actually shorter than known hills. This confusion does not extend to true mountains but rather to the places below a thousand feet in elevation.

Small hills can be knolls or mounds, while rounded hills can become knobs. A steep rise near a river is known as a bluff. In contrast, mesas are the table-topped hills of the western United States. Beyond these terms, you have ridges, peaks, slopes, inclines, mounds, and heaps. I suspect there are even more ways to describe any of the places a person could climb to get a better view.

Did I miss something? Are there other local geographical extremes worth mentioning? If so, feel free to get in touch by email or through the paper.