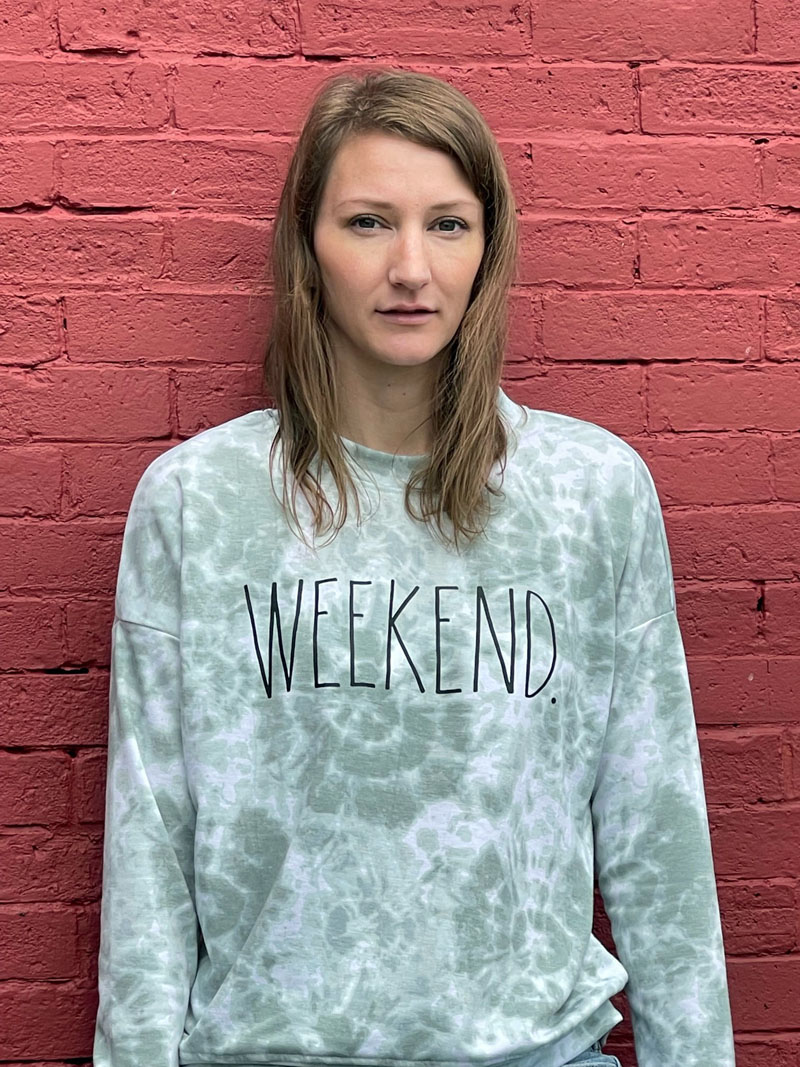 Lisa Lueddecke, of Waldoboro, has published four novels. During National Novel Writing Month, she will be focused on her second full-length original screenplay. (Courtesy photo)

Every year, hundreds of thousands around the globe participate in National Novel Writing Month. Affectionately known as NaNoWriMo, the challenge to write 50,000 words during the month of November is something tackled by people of all ages, including Lisa Lueddecke, of Waldoboro.

During last year’s challenge, Lueddecke wrote “The City of Lost Dreamers,” her fourth published novel. In the time between last November and the book’s Oct. 7 publication date, Lueddecke decided to try her hand at screenwriting and crafted a script currently picking up accolades in screenplay contests throughout the entertainment industry.

“It’s been a bit of a whirlwind,” Lueddecke said with a laugh, “but sometimes inspiration just hits you and you have to go with it.”

Lueddecke has been a writer her whole life, so it makes sense that the seeds for her published book came from her childhood. Due to her father’s service in the U.S. Air Force, the family moved around when she was a child, from California to Germany and a handful of places in between.

The two years of childhood Lueddecke spent living in Iceland in the cold, stark environment stayed with her well into adulthood.

“That feeling always stuck with me,” Lueddecke said. “I knew there was a story there that I wanted to write, but I never had the right idea.”

During some time spent in New York, the right idea hit. “I suddenly had this inspiration of a frozen island and northern lights, and I just ran with it,” Lueddecke said.

The idea would become “A Shiver of Snow and Sky,” a young adult adventure fantasy. Lueddecke wrote and finished the novel while attending university in London before sending it to a few literary agents.

After gaining an agent’s representation, Lueddecke signed a two-book deal with Scholastic UK and the book hit shelves in October 2017.

“A Storm of Ice and Stars,” Lueddecke’s second book set in the same world, was released a year later.

For her third novel, “The Forest of Ghosts and Bones,” Lueddecke mined into her family’s Hungarian heritage and the myths she heard as a child. The novel hit shelves in October of last year, right after Lueddecke, her husband, and their son relocated from Boston to Waldoboro and before NaNoWriMo 2020 got underway.

Inspiration for Lueddecke’s books can strike at any time and any place. Sometimes it’s an image, a feeling she wants to recreate on paper, or the smell of a candle in a room that can create an idea.

“I literally cannot look for inspiration,” Lueddecke said. “It’s something that happens. It’s not something you find.”

While she doesn’t recall when she got the idea for “The City of Lost Dreamers,” Lueddecke remembers the image of a city with no home that inspired the book. The coming-of-age fantasy follows two teenagers who take it upon themselves to take the city back to the real world.

The process of writing the first draft of “The City of Lost Dreamers” took place within the confines of National Novel Writing Month.

While writing, even under the most ideal conditions, can be a chaotic practice, Lueddecke created a routine. Every morning at 5 a.m. before her 2 1/2-year-old son woke up, she would get a couple thousand words written while sitting in her writing room or having coffee on the couch.

“I would just write and write until I got all of the ideas out or I began to feel a little burned out,” Lueddecke said.

“Ephemeral,” Lueddecke’s recent screenplay, was a textbook case of the former. A lover of astronomy, Lueddecke was watching space documentaries when she got the idea for the story of an astronaut who jeopardizes her chance to initiate first contact and make history after falling in love.

She wrote the entire screenplay in just under three weeks.

“I knew I wanted to write screenplays as a teenager. Growing up I always watched the behind-the-scenes features on how movies were made, and I knew writing was something I wanted to do and it seemed like a good way to get into the movie industry,” Lueddecke said. “I gave up on it for a while because I had these novel ideas and I felt I had some unfinished business in the publishing world.”

Having caught up on other writing deadlines, Lueddecke spent some time this spring refamiliarizing herself with the medium of screenwriting by adapting some of her novels and true stories into scripts. “Ephemeral” is her first original, full-length script.

Finished script in hand, Lueddecke decided to enter “Ephemeral” in screenwriting contests. The script has racked up an impressive number of accolades, including being named the gold prize winner for science fiction in the global Page Awards contest, reaching the second round of the Austin Film Festival contest, and being named a semifinalist in the Screencraft Science Fiction and Fantasy contest.

“Ephemeral” also was a semifinalist in the Academy Nicholl Fellowship, an international screenwriting competition of the Academy of Motion Picture Arts and Sciences.

With November on the horizon, Lueddecke will once again participate in NaNoWriMo, however, she plans to focus her energy on a new screenplay, rather than a novel.

“I love the camaraderie of writers in November through various social media outlets,” Lueddecke said. “Some friends and folks I only know online through Twitter are all planning to work on writing projects in November, and, to me, it’s the most exciting month of the year. So many stories are born! It’s exhilarating to be a part of such an abundantly creative time.”