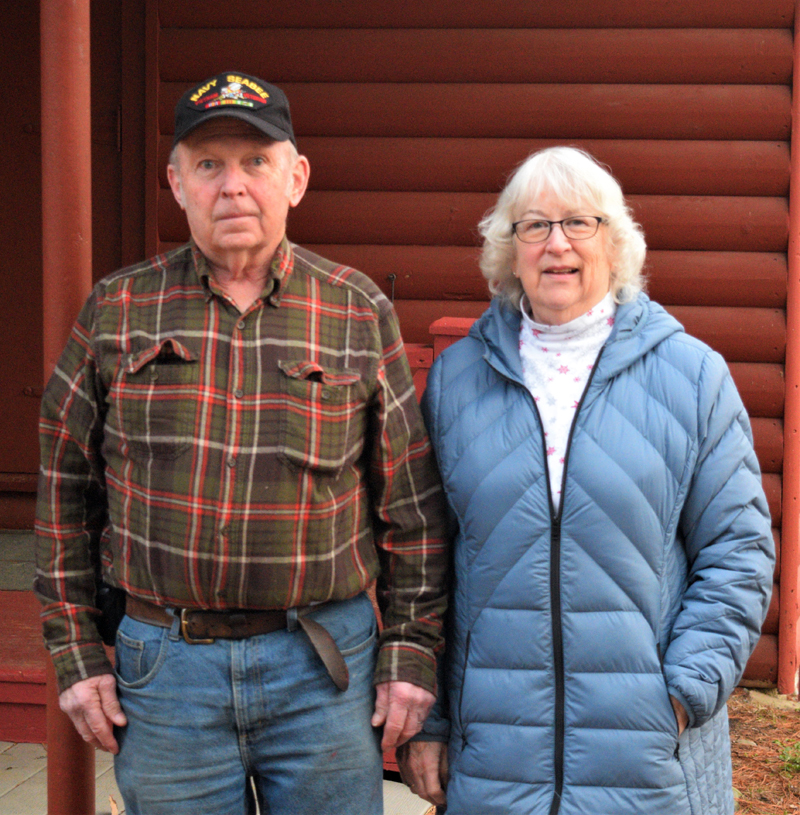 Dan and Ann Pinkham outside of Lakehurst Lodge on Dec. 15. The Pinkhams have owned and operated Lakehurst Properties in Damariscotta with their family members since 1969. (Nate Poole photo)

Lincoln County is the kind of place where certain last names tell a story and invoke memories for longtime residents. Pinkham is one of those names, and Ann and Dan Pinkham are two of the best candidates to explain and exemplify why.

The couple met at the University of Maine in 1961. They both enrolled in an art class with Vincent Hartgen to fulfill their general education requirement. Dan was a forestry student and Ann was studying education. Ann had gotten Dan’s attention, and, one day he decided to make sure he got hers.

“I stuck my foot out when she walked by me,” Dan said.

His audience on Dec. 15 was somewhat aghast, aside from an amused Ann, and he defended himself.

“He just wanted me to notice him,” Ann said.

Suffice to say Ann did fall, in a way. Since the two of them had their next class together, they got to know each other on that commute and promptly hit it off. They were married in May 1965, their senior year.

Fresh out of school, they moved to Vinalhaven to begin careers in teaching and coaching, but the pair eventually made their way back to Lincoln County, where Ann taught at Wiscasset High School and Dan taught at Woolwich and later Bristol Junior High.

It took Dan until he found a place at his alma mater, Lincoln Academy, for him to settle in 1971. He would spend almost 30 years teaching there. Ann would follow close behind, joining Lincoln’s faculty in 1977 and staying there for 16 years.

Despite his storied career as a teacher, Dan is as well-known, if not more, as the coach of LA’s girls varsity basketball team. He coached one team to its first state championship in his first season with the team and he took another to one point within the title in ‘95-’96, to his chagrin.

Between his time teaching in Woolwich and Bristol, Dan served as a Navy construction builder in Okinawa and Da Nang in 1969. 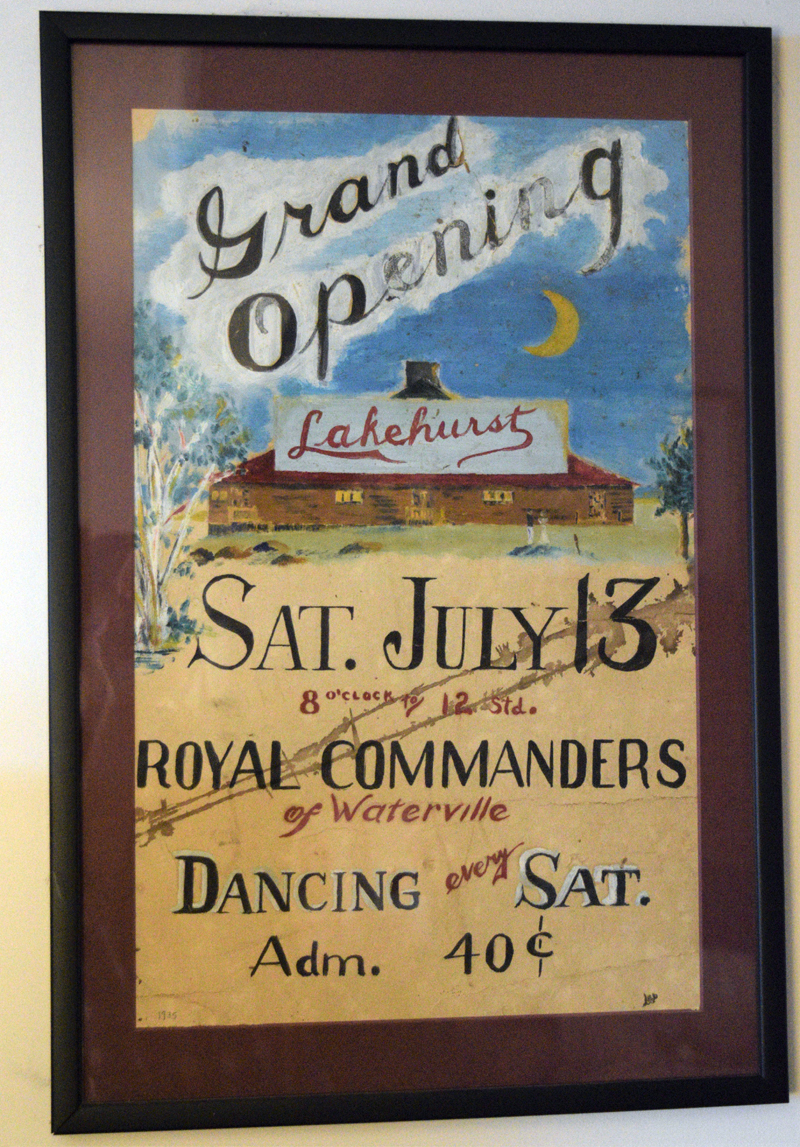 When he returned from Vietnam, he, Ann, and their first child settled in Damariscotta and purchased the Lakehurst Lodge and cottages with Dan’s brother Gary and his wife Patsy Pinkham from the estate of Marion Pinkham Cook.

Beginning with Dan and Gary’s parents, Lawson Pinkham and Marie Roberts, the Lakehurst Lodge has been operated by the Pinkham family for over four generations.

Dr. James Cook, the husband of Marion Pinkham, purchased the 90-acre Lakehurst property in 1920 for $4,000. The couple’s nephew, Lawson Pinkham, turned the farm into a boys camp called Lake Pemaquid, the first of the property’s many lives with the Pinkham family.

Lakehurst’s famous lodge was born when a barn on the property was moved to the lodge’s current location at the top of the hill leading down to the shore of Pemaquid Lake in 1934. Lawson Pinkham began holding dances in the hall in 1935.

Admission to the dances was 40 cents, and, at the beginning, receipts typically only earned enough to pay the band (about $50), which typically consisted of eight or nine players.

There weren’t many ways to spend a night out in Lincoln County in the ‘30s, and with the closest competitor, Hayes Casino, located in Boothbay Harbor, the summer hall began to clean up.

It was not long before the hall began to draw 500-600 people a night coming from as far as Augusta, and Lawson Pinkham made various additions over time like a kitchen and porch to accommodate the enormous crowds.

Dan remembered getting up to the lodge before daylight with his brother to pick up bottles and other discarded materials to redeem for change because his aunt didn’t like the idea of renters coming up from the cottages and seeing the mess from the night before.

“My brother had a bicycle, and I couldn’t ride a bicycle, I didn’t have one. So I rode up on the rear fender of his bicycle around four o’clock in the morning,” Dan said.

Dan’s time with the Navy learning how to build bases turned out to be unexpectedly useful at Lakehurst, as he not only built the house on the property that he and his wife currently live in, but he and his brother Gary built six of the 10 rental cottages on the property.

“We’d clean the hall, go home at 2 a.m. by the time we got the babysitter home, and the next thing you know it was 6 in the morning and it was time to get up,” Ann said.

Gary and Dan reopened the lodge in the 1970s as a private bottle club offering mostly live country music, and it operated for 15 years until 1984. After running the lodge with three children and full-time jobs for so many years, the couple decided that they’d had enough.

Since then, the lodge has operated as an event hall used mostly for weddings, anniversaries, and other functions.

Now many of the duties of running the Lakehurst cottage and rental business have fallen to the couple’s three sons, Dan Jr., Jon, and Josh Pinkham, their daughters-in-law, and their grandchildren. Ann stressed that Lakehurst would not be in operation today without their efforts.

With her available time, Ann continues to serve on the board of directors with Lincoln County Television and with the Damariscotta Historical Society. She also volunteers at Miles.

Dan continues to volunteer with the Damariscotta Fire Department with his sons, and he’s happy to take on just about any other task that gets him out and moving, from bush hogging to hay baling.

Ann has been happy to take a step back from operations at Lakehurst. However, asked if he considered slowing down, Dan was clear and concise in his answer.

Luckily for those that call Damariscotta home, it doesn’t seem that either of the elder Pinkhams are anywhere near done making a name for themselves.