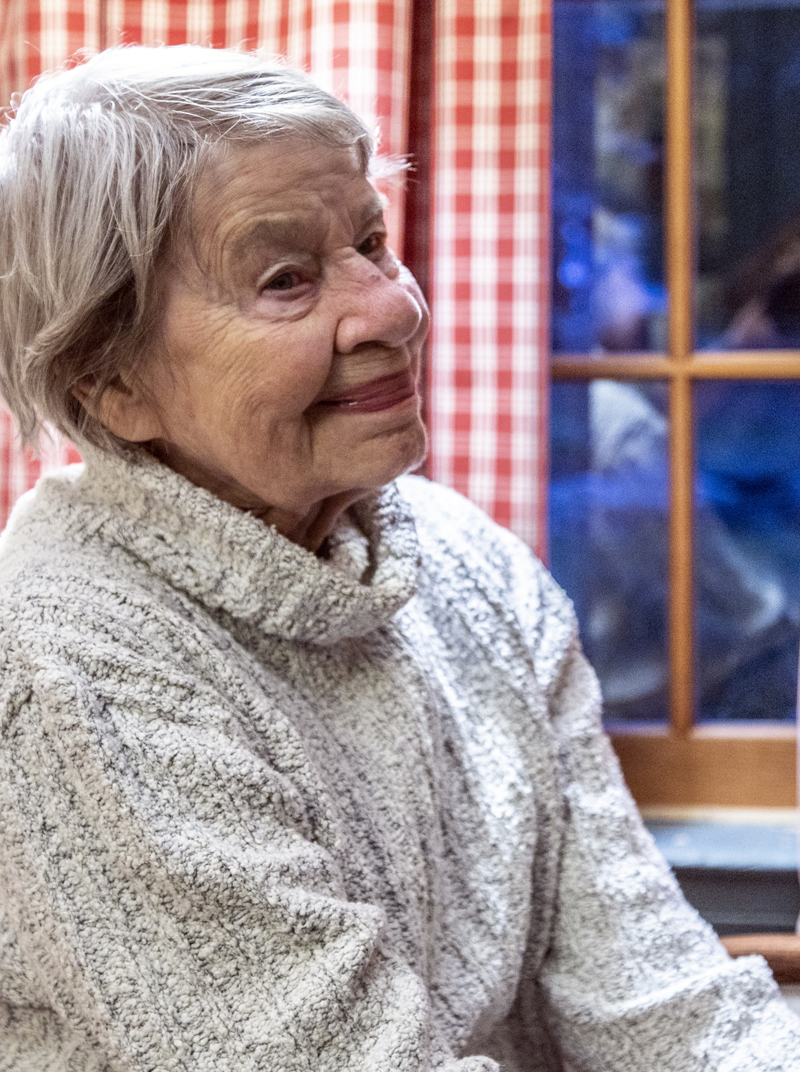 Betsy Noyes, of Damariscotta, led a traveled life as a naval officer’s daughter. In doing so, she found herself on the front lines of history.

Noyes was born Elizabeth Nutting in Washington, D.C. Her father, Kelvin Nutting, a graduate of the United States Naval Academy at Annapolis, rose to the rank of commander during his 30 years in the Navy and capped his career with a position as the acting superintendent for the Maine Maritime Academy in Castine.

When then Lt. Commander Nutting, was serving on the USS Tennessee in Hawaii, Noyes was only 8 years old, but her memory of Dec. 7, 1941 is still vivid. She and her parents were living in a rented apartment in Manoa Valley above Waikiki Beach when she and a young friend who was sleeping over woke up early to take their doll carriages for a walk. It was around 7:30 a.m. when Noyes recalls seeing the planes.

“They came very low,” she said. “So low that we could see the pilots.”

Noyes said that in their innocence, the two girls thought the planes were just on maneuvers. They had no idea what was about to happen just a few miles away.

“After our walk we returned back to the house and found that my father had had a phone call to go immediately to his ship,” she said. “He was gone for … some days before we saw him again.”

Noyes does not recall being afraid at the time.

“Being only 8 years old we weren’t as aware of course as an adult would be and I think we felt protected by our family. We knew changes were taking place. That was obvious, and we could hear bombs dropping,” she said. “My mother’s friend who was living down in Waikiki Beach called her frantically and said ‘Can I come up and stay with you? Bombs are falling all over,’ and so she did.”

Noyes remembers her mother, Mary, and the friend would head to the blackout room in the basement of the building to play cards during curfew because it was the only place with enough light to see. When neighbors called the police to complain about the noise, the patrol officers who responded turned out to be the sons of the family’s landlady.

“So my mother called out ‘Hi Charlie! Did you bring your ukulele?’ So he did and pretty soon there was another call and Charlie’s brother came. So they all had a good time,” Noyes said.

Noyes never saw the actual destruction caused by the Japanese planes that day. She said her father’s ship sustained minimal damage, despite being next to the USS West Virginia. According to pearlharbor.org, the USS West Virginia was hit by nine torpedoes, killing 106 men. Its position on the seaside protected the USS Tennessee, which was berthed closer to land.

It was about two months before Noyes and her mother were able to board a troop ship and be escorted back to the safety of San Francisco, where they arrived in February 1942.

After the war, Nutting was stationed in China where his family spent six months in Shanghai and a year and a half in Nanking, which was then the nation’s capital.

According to Noyes, her father was part of a military advisory group sent to aid their Chinese counterparts in Chiang Kai-shek’s government. It was another fraught period in history – the eve of the Chinese Communist Revolution.

“I was not happy about having to leave the states and go over to China,” Noyes said. “At that age, when you’re a teenager you want your life to go fairly smoothly.”

For Noyes, China represented “a very cloistered life.” In Shanghai she lived for six months with her parents and a new baby sister at the Broadway Mansions Hotel, one of the larger hotels on the waterfront.

“I went to school at the American International School and we drove to school in an army ambulance and it took about an hour from our hotel to get to school because of all the people and all the goings-on,” she said. “Everything took place in the street … It was just not good for foreigners to be out and about.” 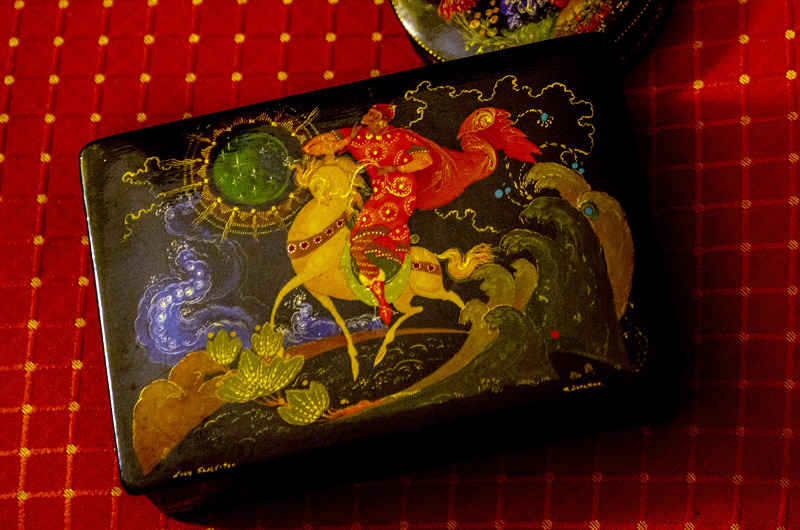 A box depicting a Russian folk tale is among the mementos Betsy Noyes collected during her travels. Noyes learned the language from Russian emigres in China and was one of only three in her class at Middlebury College in Vermont to earn a degree in the language. (Bisi Cameron Yee photo)

In Nanking the family had a house that came with seven servants and was cold in winter and hot in summer, Noyes said. She continued attending an American school taught by the military wives whom she recalled being very good teachers.

“We hadn’t expected it but they were so good and so up-to-date that we didn’t miss anything once we got back to the states,” she said.

Noyes regrets that her chance to explore China was so limited. She has not returned since she left, but as an adult she finds herself fascinated by its culture and history.

Noyes continued her travels when she married. She met her husband, Pete, while attending Middlebury College in Vermont. She was studying the Russian language, inspired by the Russian emigres who drove her to school when she was in China. She would talk to them just to pass the time and picked up enough of the language to want to learn more.

There weren’t very many people studying Russian in the early 50s, Noyes said. She was one of three in her graduating class. Pete Noyes was seated near her alphabetically in several of her other classes and when he became interested in Russian, she taught him what she knew of the language.

Pete Noyes went on to get a master’s degree in Russian and after several years in the Navy, he entered the foreign service. Betsy Noyes went with him – to Poland, Vienna, and Norway, occasionally working at the embassies herself. The couple had a facility for language and they would study the languages of the countries where they were sent by the state department.

“We were so happy to meet so many people from all walks of life, (in) many, many countries,” Betsy Noyes said.

The couple had three sons who traveled with them wherever they went, except Norway, as the boys were in college by then.

“But they always came over at Christmas for the skiing,” she said.

When Betsy and Pete Noyes returned from Norway they settled in Washington, D.C. but it didn’t suit them.

“My husband’s family has a couple of houses in South Bristol, summer houses,” Betsy Noyes said. “We looked up and down the coast and we liked Damariscotta. It seemed to have all the things that we wanted.”

The couple lived in their house on the banks of Damariscotta River for the last 40 years. Pete Noyes died in 2018 and Betsy Noyes still lives in the house. She is working on a memoir of her life to be given to her family.

“I just feel that maybe it’s something the children can have or pass on,” she said.

Noyes feels fortunate to have had a military childhood.

“I would have missed a great deal if I hadn’t,” she said. “They say travel is broadening, and it is.”