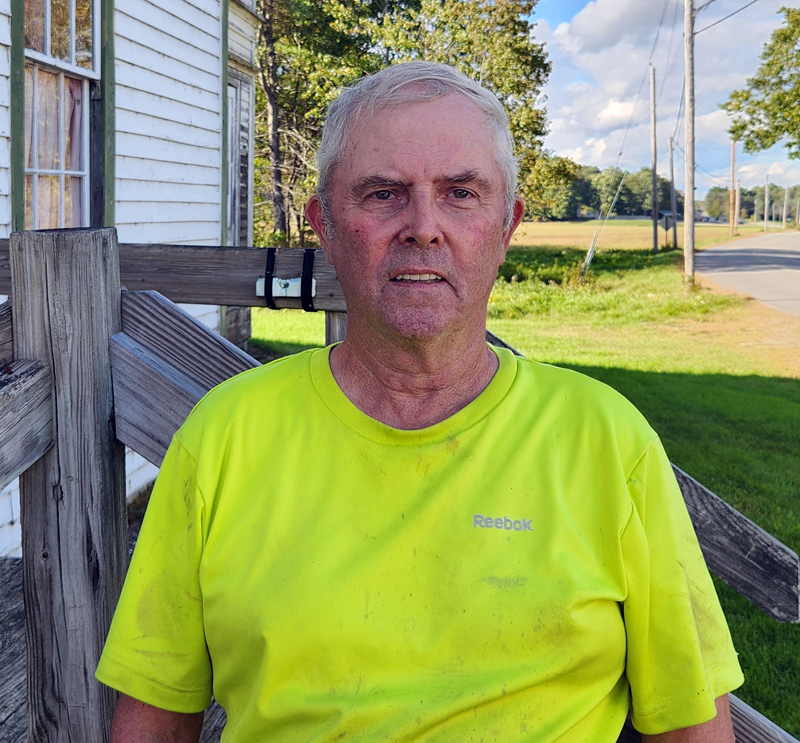 David Jackson, a Navy veteran who served on the USS Hornet while the aircraft carrier retrieved the Apollo 11 and 12 capsules, stands outside Whitefield Union Hall. Jackson owns his own business, David Jacksons Construction, and has been a member of the Whitefield Lions Club for 35 years. (Alec Welsh photo)

Unaware of the historical significance at the moment, Whitefield resident David Jackson was a Navy sailor on the aircraft carrier USS Hornet when Apollo 11 splashed into the Pacific Ocean on July 24, 1969. The carrier was responsible for retrieving the Apollo spacecraft and crew.

As a tractor operator, Jackson was responsible for pushing the Apollo 11 capsule containing Astronauts Neil Armstrong, Edwin “Buzz” Aldrin, and Michael Collins into the mobile quarantine facility after it descended below deck in the elevator.

President Richard Nixon was on board the carrier during the recovery of the Apollo 11 astronauts.

Three months later the USS Hornet was again tasked with the mission to retrieve astronauts returning from Earth’s lone natural satellite. On Nov. 24, 1969 the crew from Apollo 12 splashed into the Pacific Ocean after humanities second mission to the moon. This time the astronauts were removed from the capsule before being flown aboard the aircraft carrier. Jackson was responsible for the Apollo 12 capsule’s safe transportation to Pearl Harbor.

“On Apollo 12, I drove the tractor that brought in the capsule. I was responsible for making sure it was tied down so it didn’t move,” Jackson said. “I also pushed it out so they could take it off.”

Jackson joined the Navy shortly after graduating from Wiscasset High School in 1967. He spent the majority of his two-year career in the Navy moving planes on the USS Hornet during the Vietnam War.

“We were off the coast of Vietnam. I was never on land,” Jackson said. “We were running reconnaissance missions into the country.”

Jackson said retrieving the Apollo capsules was a more relaxing period during his service due to fewer flights being conducted on the aircraft carrier.

“No missions were being flown so there wasn’t much to do,” Jackson said.

Shortly after the Apollo 12 mission Jackson retired from the military and returned to Maine, the only state he has ever called home.

In 1948 Jackson was born in Gardiner, and worked in construction around Maine since returning from service. He created his company in 1984 called David Jackson’s Construction, and helped build recreational complexes, plowed roads, and repaired bridges in Whitefield.

Jackson’s biggest project was providing the ground work for the Sheepscot Links Golf Course in Whitefield.

Working with George Hall, the owner at the time, they explored other golf courses in the area before beginning construction. Jackson, who had no previous experience building a golf course, relied on Hall to define what he wanted.

“The first year we built three holes,” Jackson said. “The next year we built six holes. I dug out the pond and the bunkers and helped build up the greens. George took care of the grass.”

Another project Jackson worked on in town was the reconstruction of the former Howe Road bridge, which stretched over the Sheepscot River in Whitefield.

“I did that back in ‘87 or ‘88, the town wanted to keep a bridge there so we put it in,” Jackson said. “The state took it out, which was really unfortunate because I had the materials to repair it.”

The state removed the bridge in 2016 after it was determined to be unsafe for vehicles and pedestrians to cross. 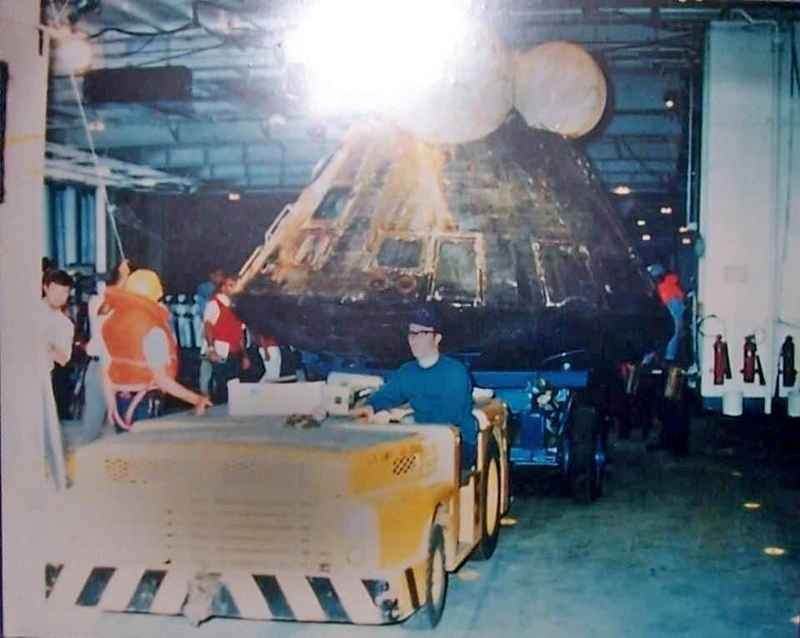 Jackson’s experience working with large equipment started as a child. At the age of 10, he started shoveling dirt for his father and grandfather before moving on to bigger equipment like tractors.

“My grandfather was a foreman for the state, in the Fort Kent area, and he used his equipment up there,” Jackson said.

After returning home from the military Jackson spent approximately 14 years working for local contractors before starting his company.

“I’ve worked for Frank Ross and Sons, a contractor out of Gardiner. I’ve worked for H.E. Stillwater,” Jackson said. “I was an equipment operator, I ran an excavator.”

While starting his career in construction Jackson was also racing around the Wiscasset Speedway, competing in the stock car division.

“I started racing shortly after I got out of the service. I took seventh place overall in the last year I raced,” Jackson said. “I raced for two or three years, it was just something to do.”

Working construction throughout the day Jackson had little time to maintain and repair his car but was able to rely on a friend, Jimmy Dowling, to have him ready for race day. Over time, maintenance on the car made it difficult to continue racing.

“The last car I was driving was a ‘57 Chevy,” Jackson said. “The last few races I didn’t finish, the wear and tear on the car became too much.”

Over the past 35 years Jackson has been a member of the Whitefield Lions Club, serving in various leadership positions. He is currently responsible for managing the club’s largest annual fundraising event as chair of the Windsor Fair fundraiser.

“I have been serving as chair for the past 33 years now,” Jackson said. “We have two booths that serve hamburgers and hot dogs during the fair.”

Jackson has previously served in other leadership positions before he started spending the winters in warmer parts of the country.

“I’ve been president twice; I have been zone chairman and region chairman and was up to deputy vice governor, then I moved to Florida and didn’t go to governor,” Jackson said.

Shortly after leaving the Navy, Jackson met Rose for the first time at an old local food stand in Whitefield. In 1971 they got married and raised three boys, who now live across the country.

“She had retired from Togus, the veteran hospital there, and had breast cancer a few times,” Jackson said. “She wanted to be somewhere warm after that.”

Approximately 12-13 years ago Jackson bought a house in Florida and started spending the winter months there. Jackson’s wife, Rose, was the motivation for the move.

Jackson moves to Florida around November and returns every spring in time for the Lions Club convention in Portland.