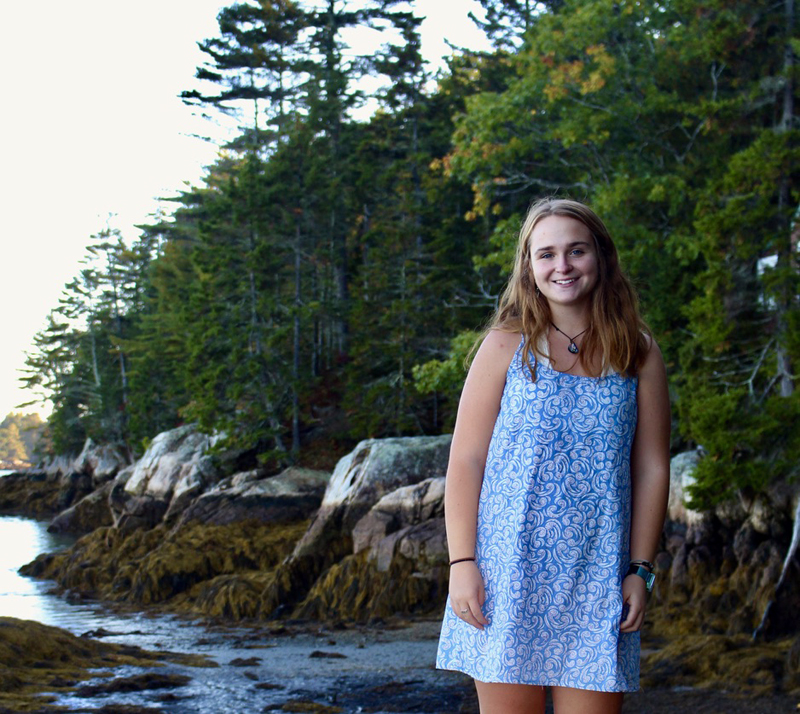 During her four years at Lincoln Academy in Newcastle, Riley Stevenson earned an impressive amount of accolades and accomplishments, including earning back-to-back debate state titles, serving as president of the school’s Climate Action Club, and becoming co-valedictorian for the class of 2021, to name a few.

So it caught some people off guard when she opted to take a gap year rather than start at Brown University this past fall. 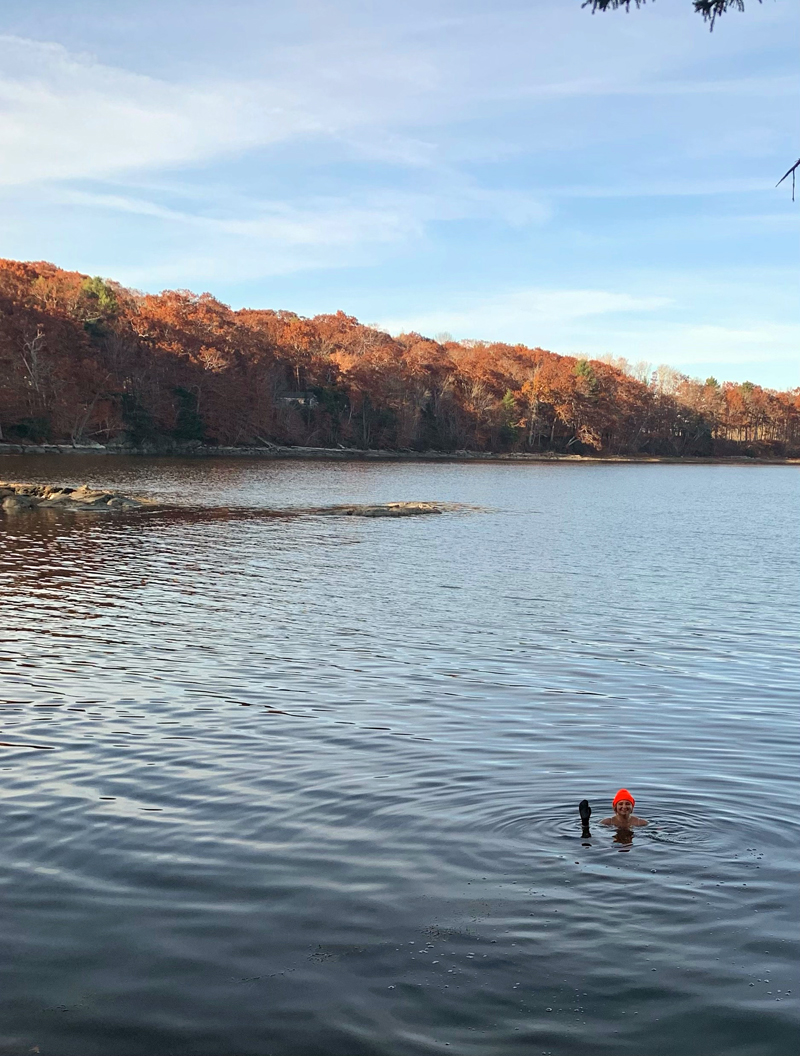 Riley Stevenson during one of her daily swims. Every day since June 1, Stevenson has made a point to go swimming in either a river or ocean as a practice of mindfulness. (Photo courtesy Riley Stevenson)

Rather, Stevenson, of Waldoboro, elected to spend a year learning outside of the classroom, both about her professional future and herself. She moved to Cumberland to live with family friends while she interns for U.S. Rep. Chellie Pingree this fall, and during the winter she will temporarily relocate to the country of Chile to tutor and nanny the children of family friends.

As an intern in the congresswoman’s district office in Portland, Stevenson answers phone calls from constituents that are filled with questions, comments, and criticism. The work has helped her refocus her career goals before pursing her college education.

“I used to think I wanted to go into politics, but now I think I probably don’t,” Stevenson said. “I want to help people, and it’s always felt important to me to give back to the community that in so many ways really supported me when I was a young person and brought me up. And I thought that using some of my skills by going into policy work would best achieve those goals, but lately I’ve realized working with humans who might slip through the cracks or need one-on-one support is of much more interest to me.”

“Sometimes people call and they are upset, and while I might not agree with them, I can definitely feel for them. It is not that hard to be kind, it takes very little effort, and it’s really important, especially now,” Stevenson said. “It’s not my job to convince people to think a certain way. It’s my job to listen and be kind and compassionate.

Stevenson is also actively working on “Changing Seas,” a video series about the future of the fishing industry as told by those working in the lobstering and aquaculture industries that she started working on before her gap year officially began. Stevenson has long been involved in climate activism, however, the focus of the series is to give a voice to a community that climate change impacts.

“It’s their livelihood, and I felt it was important to give that community a voice,” Stevenson said.

The outdoors is of great importance to Stevenson. Every day since June 1, she has made a point to go swimming in either the ocean or a river, no matter the weather, as practice in mindfulness.

“The pandemic has forced me to slow down in a way I wasn’t used to,” Stevenson said. “It made me realize how much I liked being able to get outside every day and swimming, and that the path I was on – being involved in everything and staying busy – wasn’t really feeding a lot of parts of me.”

In the process of slowing down and finding a balance between work and passions, Stevenson has also spent more time alone than in the past. While it may seem daunting for some, Stevenson described it as a gift.

“People don’t spend enough time by themselves. Whether it’s physically alone or making the space to get to know yourself,” Stevenson said. “You learn so much about yourself when you force yourself to be a little bit lonely and a little bit uncomfortable.”

Stevenson chronicles her reflections and adventures on her blog “Riley’s Gap Year Galavants,” which can be found at bit.ly/3xDViNL.