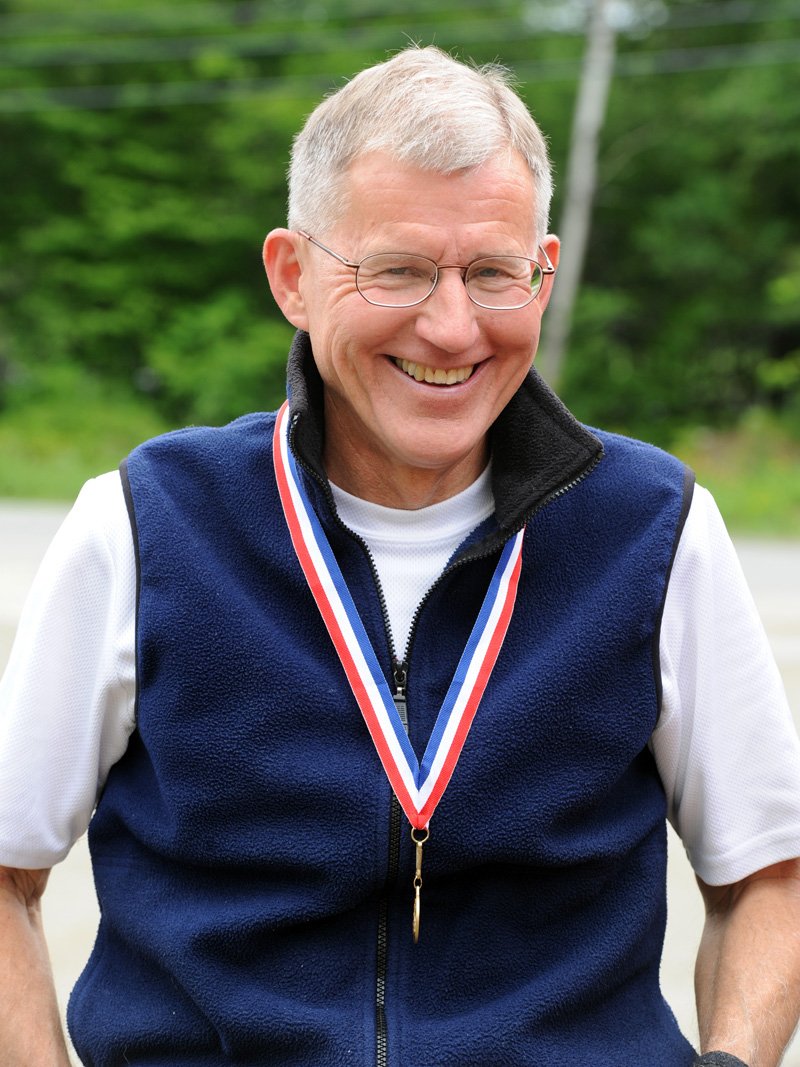 Dr. Stephen Reed, of Wiscasset, will turn 74 soon, but he did not let his age, an injured foot, or an artificial hip deter him from running his 31st straight Boston Marathon on Monday, Oct. 11.

The 26.2-mile race is usually held on Patriots Day in April, but the 125th annual Boston Marathon was postponed two years in a row due to the COVID-19 pandemic.

Reed has run Boston in all kinds of weather from snow to stifling heat. He ran in 2013 when the race was cut short by terrorist bombs.

Although he was not “real happy” with the race being run on Columbus Day, he had to run it, no question, he had to keep his streak alive.

He gave up his 40-year running streak of running three miles a day everyday when he had hip surgery, but he was not ready to let the Boston Marathon streak go.

“I got in some pretty decent training on this prosthetic hip,” Reed said.

He found getting his “ducks in a row” for the marathon took longer than when he was much younger. He started training three or four months ago and ran three to four miles a day leading up to the big event. He got up to 40-50 miles a week, with his longest run at 16 miles.

“I did not feel like I was out of my league yesterday. I felt fairly comfortable. If not for the foot, it would have been more comfortable, Reed said of a nagging injury.

He stepped on a rock while running about 15 years ago, and although an X-ray showed no break, the foot sings to him whenever he runs long distances.

“Ever since then when I run 10 miles or longer it rears its ugly head. About 10 miles in, it started aching. It was close to hollering pain. I had to make a decision to stop or walk. I said screw it, I’m going to run through. I said to myself, what if I don’t finish, I am going to be seriously bummed out,” he said.

Mental toughness is key to any long distance running event, and Reed powered through to finish his 31st straight Boston in 4 hours and 56 minutes. He ran a negative split, where his second half of the race was faster than the first half. 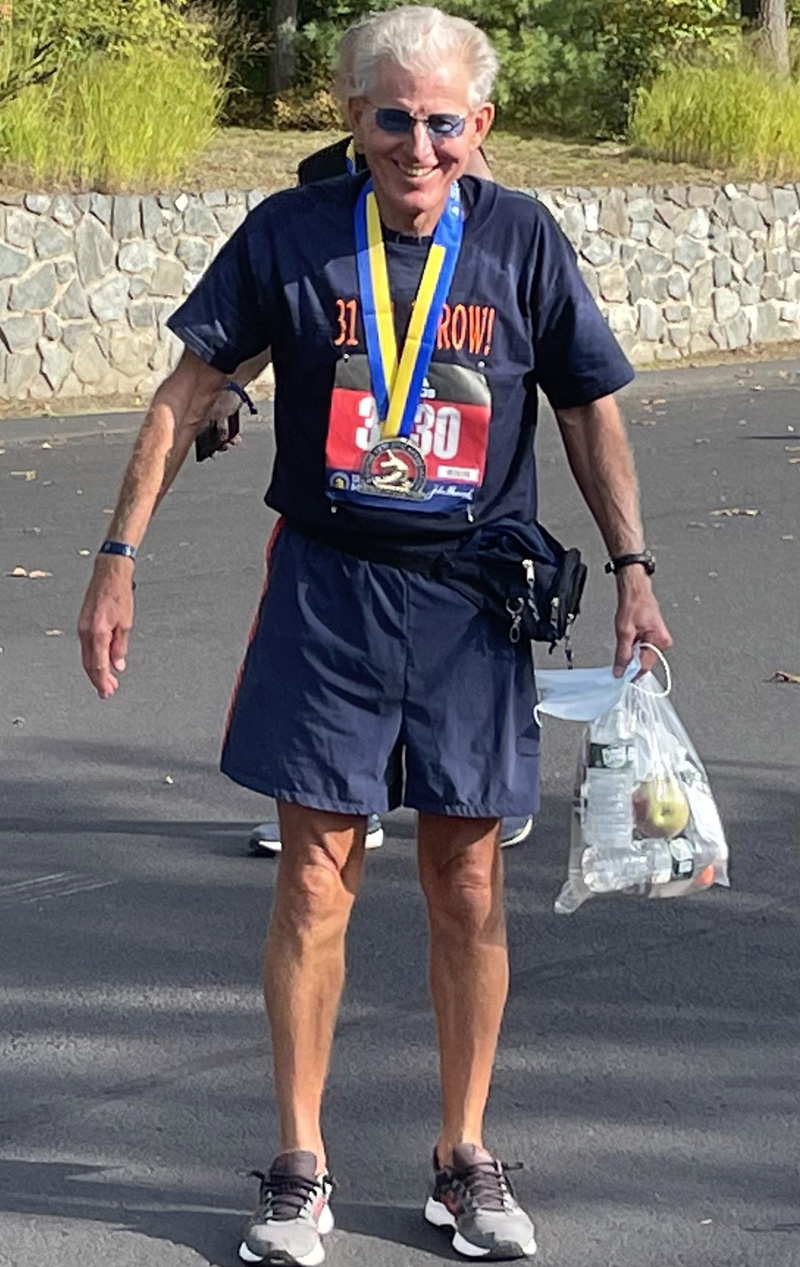 “My time is about what I should be doing for my age,” he said. “I actually had a good run. A good run for me.”

He built on the crowd cheering him on in response to his 31 in a row t-shirt he wore during the race.

“I was really picking them up and putting down on Boylston Street,” Reed said in response to the crowd cheering him on. “It provided me with a little bit of distraction,” Steve said, of managing his foot pain.

Reed said the weather was ideal. “That makes a big difference with that distance.”

The set-up for the 125th Boston Marathon was much different than anything Reed had experienced before. Participants had to show proof of a COVID-19 vaccination, or be tested before the start of the race in a medical tent at the finish line.

The start was different, with a rolling start at 9 a.m. He was given a low number (3630) and was among the first group to take off.

“I am sore today, but have been sorer.”

On a positive note, Reed said he no longer has to contend with his daily run streak so can rest and take it easy for a couple of days while recovering.

Is there another Boston Marathon in Reed’s aging body? That remains to be seen.

With his potential 32nd marathon six months away, Reed said he needs to address his foot issue first. It makes a painful process more painful.

“If it stops at this one, it is not the end of the road. I did not want to get out there and not finish. At some point it is going to come to a closure. Just the fact the body is going to slow down.”

Reed said as long as he finishes while the clock is still up, he automatically qualifies for the next Boston Marathon, even if it takes him eight hours.

“Overall it went well. Am I glad it is over? Oh yah. It is like I can take a deep breath again. It is good to have it finished with a positive outcome.”