Teralyn Reiter, of Damariscotta, is directing rehearsals for a play about Frances Perkins that will debut at Lincoln Theater in July. (Alec Welsh photo)

Despite performing in over 75 plays in six different countries, acting wasn’t Teralyn Reiter’s first career choice. In fact, she never even acted during her time in grade school.

Reiter attended Lander University in Greenwood, S. C. in 1996 to become a nurse.

“I started out being a nurse and I took one semester of that,” Reiter said. “My professor was in the (Newborn Intensive Care Unit) all the time so she kept talking about babies dying and I was like ‘I’m not ready for this.’”

Monique Sacay-Bagwell was an acting professor that pulled Reiter’s attention to performing.

“She ended up being an amazing teacher and human so I fell in love with it,” Reiter said. She keeps in touch with Sacay-Bagwell to this day.

Reiter’s newly discovered passion and love for storytelling led her to earn a bachelor’s degree in theater and communications at Lander University in 2000 and a Master of Fine Arts from the University of Montana in 2009. She moved to Damariscotta from Charleston, S.C. with her husband and son in June 2020.

“I had vacationed in Boothbay in 2019 and fell in love with the area,” Reiter said. “I love the snow and winter nights.”

Currently, Reiter is directing rehearsals for a play she wrote titled “The Only Woman in the Room,” which will be performed at the Lincoln Theater in Damariscotta on July 15, 16, and 17. Reiter’s nonprofit production company Storytree Theatre is producing the show.

The play follows the life story of Frances Perkins, the first female to serve in the U.S. presidential cabinet. Perkins was secretary of labor for 12 years during the Franklin D. Roosevelt administration and is credited with the passage of the Social Security Act and the Fair Wages Standards Act.

Perkins was born in Boston and spent summers at her family’s homestead in Newcastle. The homestead is now a National Historic Landmark.

“When I moved up here one of the first things I learned about was Frances Perkins,” Reiter said. “So, I learned everything I could about her and wrote a play.”

Reiter received a $10,000 grant from the Maine Arts Commission last January to fund production of the play.

“I thought well I don’t want to be the only person who knows about this and so I wrote a grant and got it,” Reiter said. “It was basically a grant to help artists produce their work.”

Prior to receiving the grant Reiter reached out to Lincoln Theater as a possible venue for her play and was appreciative of their collaborative effort and willingness to let her produce her play.

“In Charleston everyone butts heads instead of working together, and the theater community here there seems to be a lot more collaboration,” Reiter said. 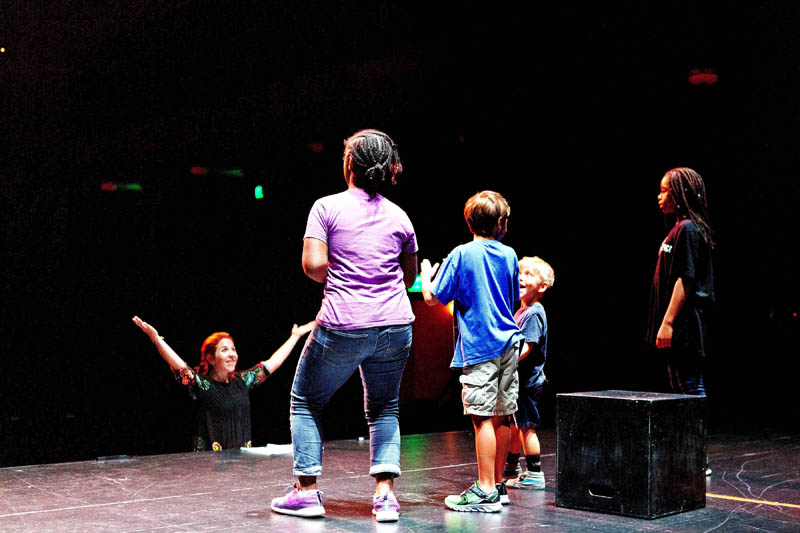 Penning the story of Perkins was not Reiter’s first time writing about a historic figure. She also wrote a play called “Finding Freedom: The Journey of Robert Smalls,” which is currently in production by the Charleston Gillard Center in Charleston, S.C. The play follows the life of Robert Smalls, a Civil War hero from South Carolina, and is expected to premiere in October 2023.

One of the acts that made Smalls a historical figure was the commandeering of a confederate ship and sailing 17 slaves to freedom at the union blockade in 1862, according to pbs.org. Reiter learned about Smalls in 2010 while living in South Korea as an English teacher.

“Every once in awhile you need your English fix, so there was one English channel, it was like a Discovery Channel that I would watch,” Reiter said. “It really bummed me out that I had to be in Korea to learn about somebody so cool from South Carolina.”

Reiter was inspired by Smalls’ ability to rise above social oppression.

“That’s what draws me to Robert Smalls. He was considered less than, and he rose above it all,” Reiter said. Reiter moved to South Korea to take a break from acting, something she’d been doing since 1996. Using plays as interactive teaching methods Reiter helped students write plays about Korean folk tales.

“I implemented a theater program there to teach kids to speak English in a fun way, rather than out of a book,” Reiter said. She taught students between the ages of eight to 18.

Reiter can read Korean but does not know how to speak it.

“They were already pretty good at English. My job was to help them become more fluent by teaching them various topics in English,” Reiter said.

At Lander, Reiter’s first acting performance was part of an ensemble cast for a play called “La Ronde” which means “The Round.” She portrayed the character named “The Whore.” The story follows the spread of AIDS throughout a town as the characters have romantic relationships with one another.

“It was very controversial at the time, as you can imagine in South Carolina in 1996,” Reiter said. “Some of my friends said it was more entertaining to watch my dad’s reaction than watching the play.”

From 2002 to 2006 Reiter toured the world with Missoula Children’s Theatre. She has performed in England, Germany, Italy, Turkey, South Korea, and the U.S. with different theater programs. She also traveled throughout all 50 states to perform, with the exception of Hawaii.

Reiter founded her nonprofit theater company Storytree Theatre in December of 2011 after moving back to Charleston from Korea.

“I found it to fill the gap between the haves and have-nots,” Reiter said.

Her company would teach students how to write and produce plays for schools that did not have the funding for it.

“I wrote a lot of grants. The grants would fund us so we could go to the schools. The biggest one was local to Charleston,” Reiter said.

Play writing began for Reiter while she worked in South Korea. She has written six plays including the plays about Perkins and Smalls. One of her plays, “Sweetgrass Salt Marsh,” was adapted into a children’s book with the name “Welcome to SweetGrass Salt Marsh.”

Tickets for “The Only Woman in the Room” are available on lincolntheater.net. For more information about Storytree Theatre, go to storytreetheatre.org/home.