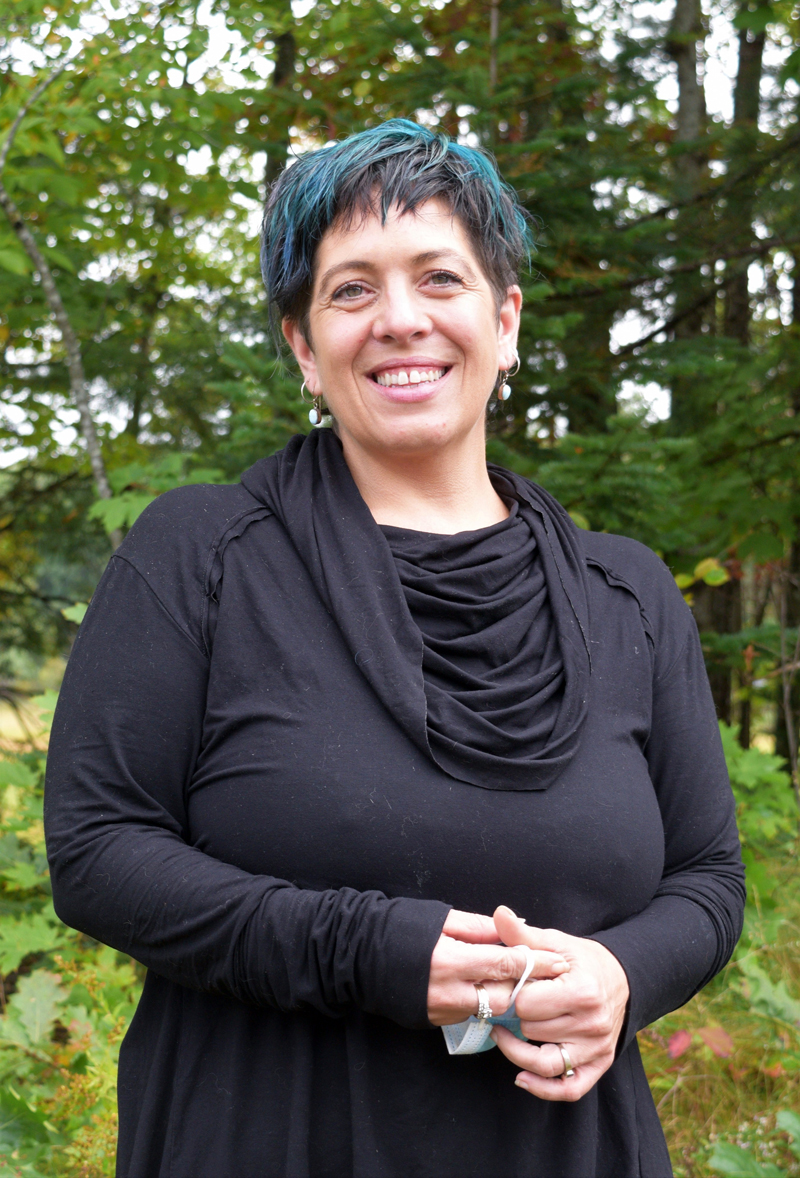 Sara Lentz has worked in Maine’s restaurant industry for over 30 years. A single mother of four, with two still at home, Lentz finds balance as a yoga instructor of eight years. (Nate Poole photo)

As a restaurant worker going on 30 years, Edgecomb’s Sara Lentz has witnessed her profession become a part of the local and national conversation to an unprecedented degree in the last year and a half.

She has worked in restaurants since she was in high school, usually in the back of the house as a prep cook or dishwasher. When she had her first two children by 24, Lentz decided she needed to make money quickly, so she took a bartending class.

“Having had kids and having had different periods of single parenthood, I found that restaurants had enough of a flexible work schedule that I could make it work,” she said on Sept. 30.

Lentz left her job at Bath Brewing Company in 2020 when the country went on lockdown and went on unemployment for about a year to take care of her youngest two children, an 11-year-old and a 9-year-old on the autism spectrum, while they attended school remotely.

She returned to the restaurant industry in March with a job at Sarah’s Cafe in Wiscasset.  While all of the social distancing and masking procedures were new, those changes were superficial compared to the shortage of personnel and shifting customer dynamics.

“It was an interesting time to go back into the restaurant world,” Lentz said.

She explained that all restaurants are stressful workplaces and calling out sick is always an inconvenience, but with the current lack of staff, one server taking a day off can be the difference between a business staying open or closing for the day.

“Even though people are tipping better and the pay is better, you’re working twice as hard as you were,” she said.

She’s found that many customers seem to be keenly aware of the difficulties that restaurant staff face, due to the media’s extensive coverage of “essential workers.” She said that some customers had gone out of their way to thank her for what she does, something she doesn’t ever recall happening before 2020.

While many high school and college students took on seasonal positions at local restaurants this year, truncated training and an overabundance of shifts on their shoulders contributed to burnout and quitting.

“These 16-year-old kids are trying to talk to unhappy customers or explain why they have to wait a half hour for a table even though there are four tables empty. And that’s not something that you have the skills to do when you’re 16,” she said.

Lentz has learned a lot about confrontation and communication in her years in the service industry, but it took time and experience for her to learn those lessons.

“There was a time when I’d hide in the kitchen when their food wasn’t ready when it should be, and I’ve learned over 30 years that it’s much better to go to the table and be like, ‘I’m sorry, the kitchen’s really backed up right now, and it looks like your food will be out in 10 minutes’,” she said.

Lentz spent her life slowly moving up Route 1. She grew up in Topsham and lived in Georgetown for about 15 years before moving to Bath and Westport Island. Lately she made a home for her family in Edgecomb.

By the time she was in her late 30s, Lentz had four children, and a fast-paced, physical job. Leading that lifestyle generated a lot of stress, and she needed a healthy outlet. It was during a mom and baby yoga class with her youngest son that she decided to pursue yoga and became an instructor eight years ago.

She began teaching about five or six classes a week, generating additional income while bringing a degree of physical and mental wellness to her life.

“Yoga has really helped balance my life in a lot of ways,” she said.

COVID-19 hit yoga studios in much the same way as restaurants, and so she taught some limited capacity classes outside and virtual classes from home since March 2020. She admitted that while she liked the convenience of leading classes from home, the environment was not particularly stress-free.

“As the mother of two boys in a semi-chaotic house, (it) was kind of difficult,” she said.

Even now that her sons’ classes are fully in-person, she said they just came off of a week of school spent at home because they presented cold symptoms.

However, Lentz also expressed gratitude and empathy for all that teachers have to deal with amid the pandemic.

Despite the obvious differences between the restaurant industry and the public education system, Lentz believes that professionals in both walks of life have used the pandemic as an opportunity to reflect on what they want to do with their lives.

“I think they’ve had to totally rethink teaching,” she said.

Lentz said that for restaurants and school systems to emerge from the pandemic more resilient than before will require them to reconsider their structural means for attracting and retaining staff, rather than just increasing wages.

Lots of people are pursuing new avenues due to COVID-19, and Lentz said that the last few years have stoked her desire to become more financially self-sufficient. She recently purchased land in Alna, and intends to install a yurt there next year where she will offer yoga classes by donation.

Despite the uncertainty of continuing staffing difficulties at local restaurants and alarming case numbers from the state government, Lentz is optimistic about the future due to the insights that she and many others have gleaned from the past year and a half.

“The positive out of all of this is it really made all of us rethink our priorities and think about what’s important to us and what we want,” she said.