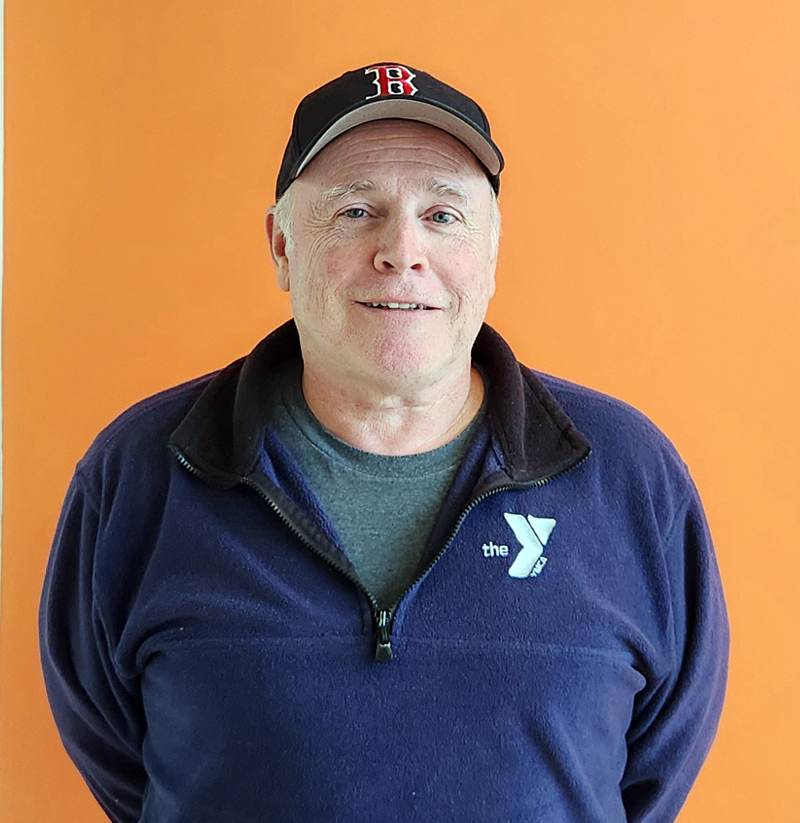 Central Lincoln County YMCA Director of Facilities Ron Finlay has been on the job in Damariscotta since 2008. (Alec Welsh photo)

Born in Massachusetts, Finlay was traveling outside the country as early as eight years old, to the Canadian island of Newfoundland where his parents were born.

“Newfoundland left a great impression on me,” Finlay said. “It connected me with family and encouraged me to go see and do things I am not sure I would have without going there.”

One adventure Finlay wasn’t sure he would have taken was a scuba diving expedition to a wrecked ship with his cousin Tom Finlay in his late 20s.

“There are a lot of wrecks around Newfoundland,” Finlay said. “Tom said that if I got my scuba diving certification he would take me down there.”

Within a year of that promise, Finlay became scuba certified back home in Massachusetts.

“I got certified in 1988 or 1989, took a course with New England Divers, went back up and went diving,” he said. “Me and Tom went to a ship called the Crewry and I got my own little piece of treasure from it.”

Since his travels to Newfoundland as a boy, Finlay has enjoyed surrounding himself with family. Throughout his whole life he has lived without his parents for just one year.

“I moved out for a year, bought a house and moved them into it,” Finlay said. “I like taking care of my family, it’s important to me.”

Finlay’s drive for adventures and desire to be close to family lead him to meeting his wife, Susan, on a skiing trip with his younger brother Frank, 40 years ago.

“My brother was bringing tons of people and I had this vehicle and wasn’t bringing anyone so I offered to drive some of his friends up the mountain,” Finlay said. “That is where I met Susan.”

Two years later, in 1984, the couple married in a small ceremony at his mother-in-law’s house in Haverhill, Mass. Immediately after the wedding, the newlyweds left on a six-week honeymoon trip across the U.S and Canada.

“Our options were a big honeymoon or a big wedding and we chose honeymoon,” Finlay said. “After the wedding we packed up the van, loaded the kayak on top and left.”

The Finlays traveled thousands of miles on that trip, making their first major stop at the Niagara Falls. Then they headed north of the Great Lakes before returning to the U.S in Michigan.

“We didn’t actually have a big plan,” Finlay said. “We just picked out where we wanted to go and went. My favorite place we traveled through was Washington state. The landscape was beautiful.”

While driving through Washington, Finlay noticed a sign for plane rides along the side of the road, and allowed his curiosity to take the wheel.

“I pulled over and asked them about the flights and they were renting plane rides over Mount Saint Helens eruption and so we rented a plane ride,” Finlay said. “With all the ash on the ground it looked like a lunar surface.”

From Washington, Finlay and his wife drove along the Pacific Coast through Oregon, down to California before heading to Las Vegas and ending the trip in Colorado.

Finlay’s tendency to travel did not waver with the birth of his sons, Ron and Dan. While raising his two boys, Finlay prioritized filling their childhood with experiences, taking RV camping trips around the New England area.

“We wanted to fill the kids’ life up with as many memories as possible, and one thing that hit the kids really well was camping,” Finlay said.

During one camping trip in Southport in 2007, Finlay noticed a for-sale sign on a house in downtown Wiscasset and decided to purchase it after meeting with the realtor and seeing the property.

“I talked with my family and my parents, because they would be coming with me, and made an offer on the property,” Finlay said. “I made a really low offer and they accepted it.”

A little over a year after moving to Wiscasset, Finlay decided to apply for the director of facilities at the Central Lincoln County YMCA. “By that time I had a pretty long resume and had gotten a call for the job before I got home,” Finlay said.

As a kid, Finlay gained experience working with his father, a carpenter. While attending Reading Memorial High School in Massachusetts he took classes learning the trades and how to draw blueprints.

“Mechanical drawing was a class they taught and I was really good at it,” Finlay said.

Growing up in a lower social class Finlay started working at 12 years old to help his family pay bills.

“One program they had where I lived in Reading was called rent-a-kid, where you go up to town hall, put your name on a piece of paper and someone would call you,” Finlay said. “When I got to high school they would let you work for the town’s departments.”

Shortly after graduating high school in 1979 Finlay became a licensed contractor and started working as facilities manager for various companies over the next 20 years. Over that time Finlay had become certified in various skills related to managing hazardous chemical spills, working with first responders, and coordinating multimillion dollar renovations.

“While working for a biotech company called Millipore, I had to be certified to work in a hazmat suit,” Finlay said. “Some of the chemicals they were working with were very volatile. One guy had mixed two chemicals and caused an explosion. He had glass embedded in his chest.”

Finlay has had to clean his fair share of workplace accidents and injuries but has never suffered one himself.

“My injuries have come from doing stupid things I shouldn’t be doing, but not anything major at work,” he said.

Finlay has been working as director of facilities with the YMCA for approximately 15 years now. In 2017 he was part of the $6 million dollar renovation of the facility.

“Before we even started the renovation, we had to bring the building up to code,” Finlay said. “We had no handicap access, we didn’t have a cooling system and we only had a half inch water line.”

Once the build was brought up to code, renovations could begin and took about a year. Once the renovations were over, Finlay had more work than before and couldn’t be happier about it.

“When you have a new facility you have to work to keep it maintained and you have to maintain it to a higher standard,” Finlay said.

Finlay said he loves working with his hands and staying busy, shrugging at the mention of retirement.

“I love what I am doing right now,” Finlay said.

Currently a grandfather, Finlay is looking to spend more time with his grandkids and is hoping for more grandchildren in the future.