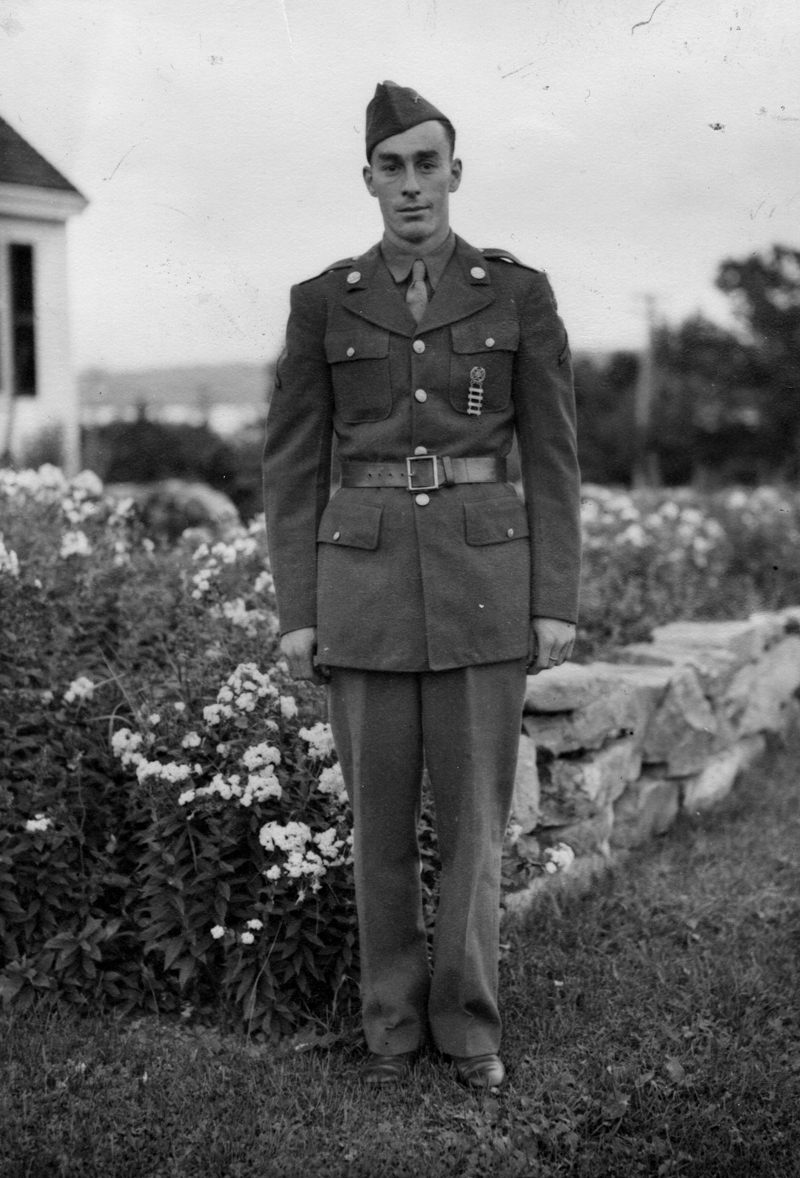 Veterans Day has always been a special day, going back to my childhood as a young boy. My mother’s brother, Perley Russel Bailey, was born on July 7, 1895 in South Jefferson and married Thelma Bosworth and they had seven children. Uncle Perley was a veteran who served in World War I and often talked of the long war. He died on March 24, 1981 at Togus Hospital at the age of 85. I have a shell head he gave me as a young boy that he brought back from France. He once told my mother that it was by the grace of God he came back in one piece.

On the Dodge side of my family, my grandfather, Henry, and wife, Carrie Louis Dodge, had three sons and a daughter who served in World War II. My father, Merrill H. Dodge, was in the Navy and I have his dog tags and a photo of his outfit. His brother, my uncle, was Kenneth M. Dodge, was in the Battle of the Bulge and was wounded in that battle. He died at the young age of 53 at a veterans hospital after a long illness.

My father’s second brother, Charles Dodge, was also in the U.S. Army in World War II. My father’s sister, Marguerite, was a Navy nurse at Walter Reed Hospital in Washington, D.C. during World War II.

I still remember as a young schoolboy how we, as a nation, united together into a source of power and put 100% of effort into production of items to help win this Second World War. Even schoolchildren who were in grammar school brought items to school that were donated to help win the war. We all went without many items but we put the needs of our country first. All these efforts proved to be a great success and after a few years, we came out and won the world war.

We find that on this Veterans Day 2020, we are again in battle with the COVID-19 disease, which is spreading once again across our nation. We found that at the beginning many of our older veterans who were in nursing homes and retirement homes got the virus and quickly passed away. Even the government-run and operated veteran hospitals had cases of COVID-19 and were losing veterans.

Many of our young veterans who have come back from the wars in Iraq and Afghanistan are under great stress. We read that so many of these young veterans take their own lives each day across America. We all must do better in these fights to heal and keep these young veterans safe, and remind them that this country, their home, welcomes them.

It is time that our leaders think twice before they say harsh words about our veterans, or their color and race. We must treat these veterans as true Americans who have served our country well; some have given their lives that we might be free to live in this great nation. I was taught in school when you were having a conversation, take time to listen, then think twice before you give a reply, and never try to downgrade a person in front of others, and always leave on a friendly note. I find that every veteran has a right to their own outlook on life and their own opinions.

I often look back at many Memorial Days when we would visit the cemeteries where our family members are buried. As I would look across these cemeteries, I often saw American flags waving over the graves of all the veterans of both men and women who served our armed services. This brings back the reality to one’s soul and mind of all the young men and women who freely gave of their time to serve our nation over the past years and even before we became a country.

This year, please take the time to say thanks and praise for all the great veterans who have served our nation over the years. I have a cousin, Col. George Bailey, who was buried at Arlington National Cemetery in Washington, D.C.

Please keep safe and wear your masks. Keep a safe distance from others and check on the older people around you.