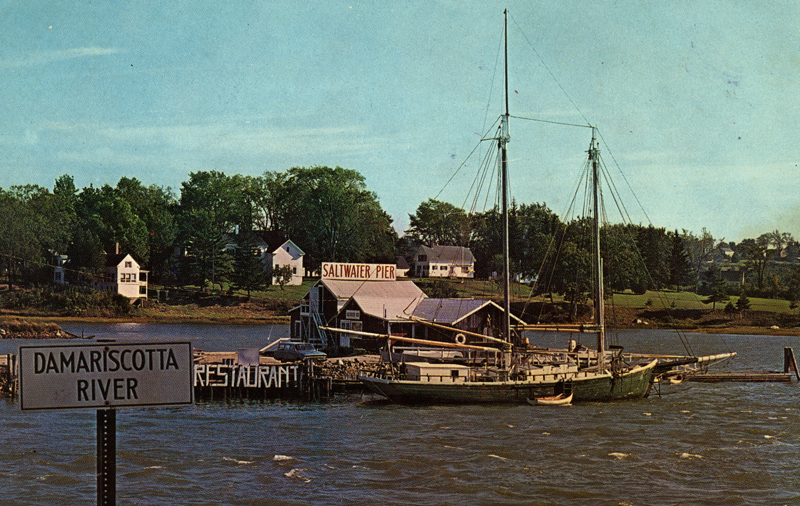 This spring I have been asked many questions about Cottrill’s Wharf here in Damariscotta and what businesses have been located on it over the past years.

First we start with Cottrill and Kavanagh. They were early merchants and businessmen here in this area. They also built and launched ships and sailed them to the West Indies with cargos of lumber to be exchanged for goods like sugar, rum and spices. They also sailed to England and brought cargo of tea, crockery, and utensils.

So to meet their needs, they built a wharf with a storage building on it to receive their goods that these ships brought back. This was not an easy job, but they completed the wharf that provided docking for their ships.

Even after the death of these two men, the wharf was still in use to ship cargo and lumber as late as 1910. 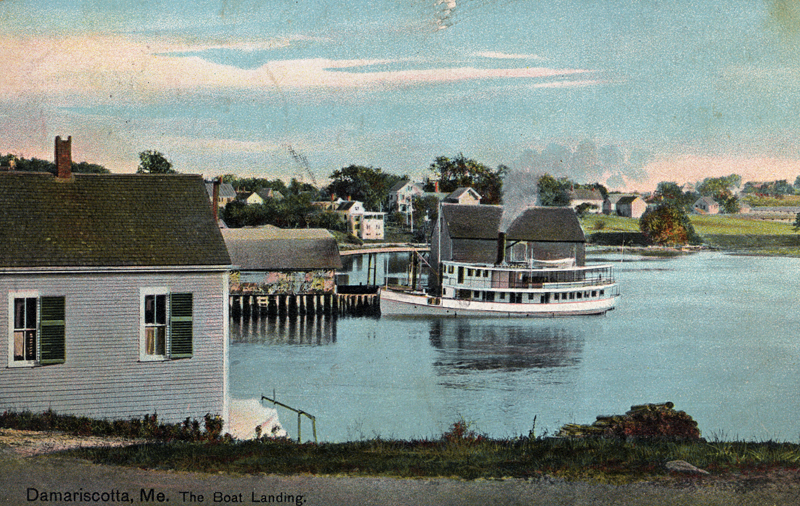 One of the long buildings on the wharf was converted into a coal shed and business, and coal was brought up river by schooners and unloaded at the wharf for a number of years. The wharf was also used as a pier for the Damariscotta Steamboat Company. This wharf was a real busy place in the summer months for passenger steamboat service up and down the Damariscotta River.

Mr. John Morse also used the wharf to outfit all his fishing draggers he built between 1924 and 1933. Mr. Harry Marr also used this wharf to outfit his boats he built between 1939 and 1943 during World War II. Mr. Harry Marr built two minesweepers and five transports for the U.S. Navy during World War II, and they were all outfitted at the so-called Cottrill’s Wharf. 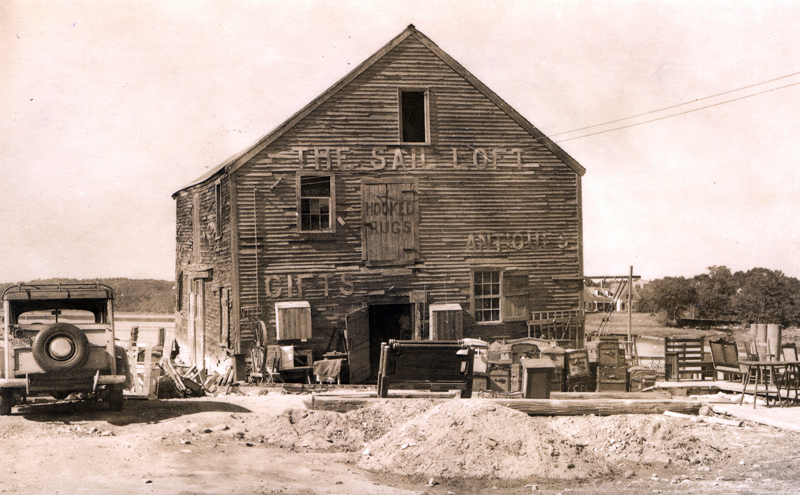 The Sail Loft was an antique and gift shop run by the Williams around 1946. (Postcard courtesy Calvin Dodge)

Then around 1946, a Mr. Wallace Williams and his wife had an antique shop on the wharf called The Old Sail Loft.

I also remember that Mr. Hannan had a small building on the wharf where he sold lobster and clams live or steamed and ready to eat. He also served lobster and crab meat rolls. I also recall he had the best fried clams in town. Mr. Hannan would always greet you with a smile. The year was 1959. He used to sell Damariscotta River crabs in the shell and they were always full of meat. Mrs. Rosalie Campbell worked for him as a waitress while going to high school in 1959.

In 1959 Edward Myers bought and started to restore the wharf in Damariscotta as a yacht landing and new restaurant called the Saltwater Pier. In the next three years Ed Myers bought a two-masted schooner that was built in 1880 and tied the schooner alongside his wharf to advertise his restaurant. 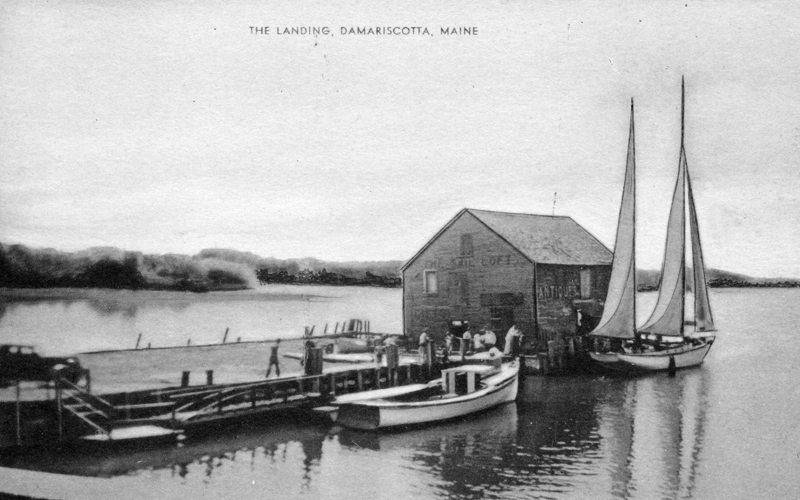 A sailboat and fishing boat at Cottrill’s Wharf in 1930. (Postcard courtesy Calvin Dodge)

In February 1993 the former Pier Restaurant burned, at that time Randy Duncan and his wife Kathy operated the restaurant.

This may help answer some of the questions about what businesses were located on Cottrill’s Wharf over the last 200 years.

Keep safe, wear your mask, and wash your hands often.