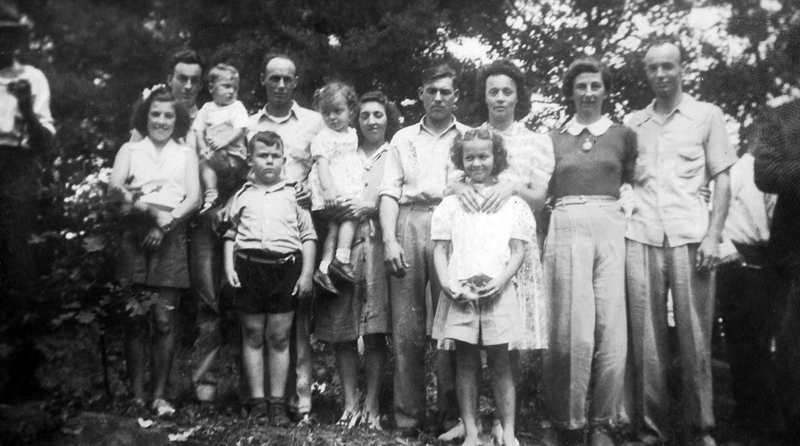 The Fourth of July as seen through the eyes of us young children back in the early 1940s, some 77 years ago:

Many of my parents’ brothers and sisters would always plan to come to my parents’ home and have a family picnic somewhere on the Damariscotta River. Mostly, the event was held down on the River Road by the water’s edge.

I often recall going with my father to the grocery store in the village of Damariscotta and Dad would buy two large watermelons for 75 cents each, and they would weigh over 15 or more pounds each. Then another aunt would bring eight or 10 quart boxes of strawberries and two large boxes of beautiful homemade biscuits to make strawberry shortcake for all of us. Another aunt would make two large bowls of egg-and-potato salad, and I recall as a young boy the salad tasted so good on a hot summer day.

I recall going with my dad and his brother down on the shore of the Damariscotta River and they would dig three large hordes of clams for the Fourth of July picnic. Dad would take the clams down to a friend’s wharf and let them soak overnight in a large net-type bag in the river water, and the clams would clean themselves of all the grit and sand. One of my uncles would buy a bushel of crabs and he and the family would cook and pick out the crab meat, and what a great taste that crab meat would have in the sandwiches they would often make! I recall my father saying you could buy the crabs off the local fishermen for a cent apiece and they were very large crabs.

My father had a close friend of all the Dodge family. His name was Charles Harington; he owned a place on the Damariscotta River on the so-called Merry Island Road in Edgecomb. He was a lobsterman in the summer and would always have a car full of lobsters for the Dodge Fourth of July reunion picnic. These were beautiful lobsters and the Damariscotta River is noted for its fine lobsters.

I recall all my cousins would play in the sand bar and build sand houses, or dig and pull out a few large white sandbar clams or even find a few horseshoe crabs. We even used to wade out into the warm river pools till the time was right for all of us to enjoy the picnic. I still recall that one person would bring a small washtub and one or two blocks of ice so we could keep our soda pop cold.

I recall the men would gather up some seaweed and build a round rock fireplace and build a wood fire and place a sheet of metal over the fireplace and put some seaweed on the metal and lay the clams, lobster, and ears of corn on and cover again with seaweed and cook until done, a meal fit for a king. No one went away hungry and everyone always had a great time talking over old times and having a great family meal and enjoying all the Maine seafood.

I looked at one old photo and saw the whole Dodge family and two of my uncles home on leave from the Army for one of the Fourth of July picnics. Within a year of this photo, my father was in the Navy and his two brothers were in the Army and one of their sisters was a nurse at Walter Reed Hospital in Washington, D.C. So we can proudly see this part of the Dodge family proudly answered the call of the colors and were loyal and true. 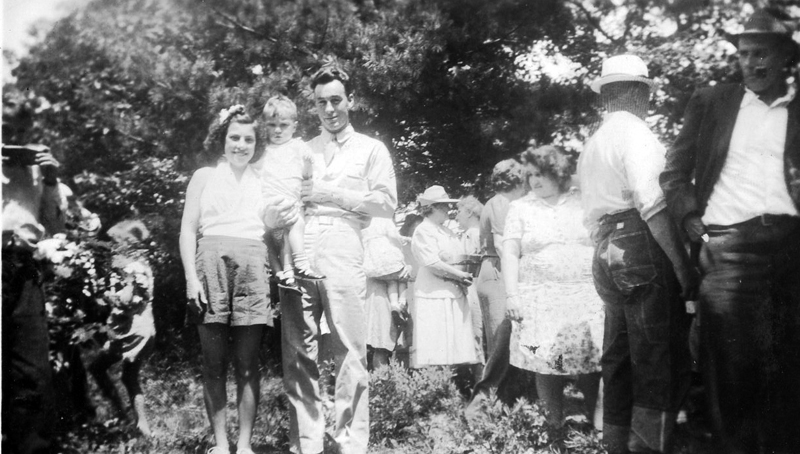 Even the next day, we all were eating crab-meat rolls, watermelon, strawberries and ice cream, and even shortcake, and some of that great egg-potato salad. One family even pitched a tent in our backyard. I recall most of us children would go out in the evening and hunt lightning bugs and put them in a glass jar beside our beds and watch them light up in the dark.

There was never a dull moment during the first week of July at our home. The Fourth of July meant so much to the whole Dodge family, who often came from all parts of Maine and other sections of the country.

Some other events I always remember was that my father always made sure that the lawn around our home was always mowed. He would set up the croquet set with a series of iron arches and wooden posts at the end of the lawn. This game is played by knocking wooden balls through a series of iron arches by means of wooden mallets. Us children loved to play this game as well as all our aunts and uncles.

I also recall all my cousins enjoyed playing the game of hopscotch. My father would mark out a series of squares in the driveway, sometimes in the shape of a tree. Then us children would hop on one foot from one square to another the length of the marked-out area and back to the finish line, without touching a line in each box. When I look back, I often think of all the fun we had the week of the Fourth of July. We also had some fireworks in the evening, which our parents set off.

I still remember that all of us children as well as our parents would drink gallons of ice-cold lemonade while playing some of these games, as well as sitting in all the lawn chairs under the shade trees on our lawn. Such are some of the events we all remember as a child, the week of the Fourth of July.

May everyone enjoy a safe and fun-filled Fourth of July. Most of all, take time to say a prayer for all the men and women who fought in all our wars so we all could be free.