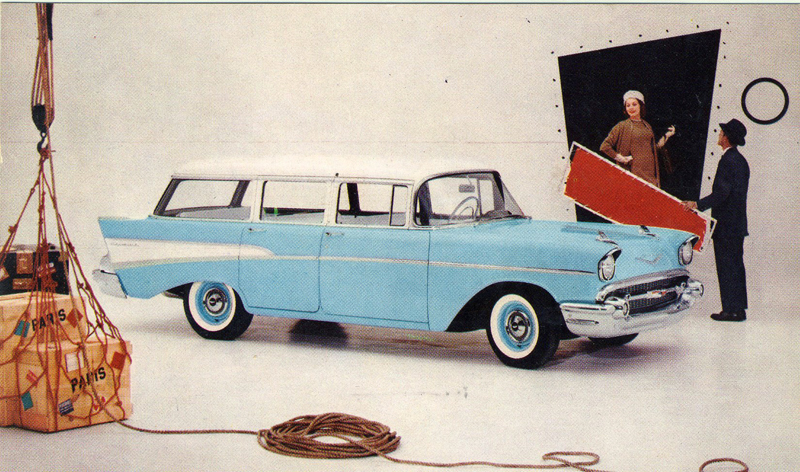 This was one of those weeks when several people came into our shop asking for items pertaining to the Damariscotta village and area. They wanted old signs and calendars and postcard business ads of any kind, as well as souvenirs of this area.

Over the years we have bought, sold, and collected many of these items. We will talk about calendars, for one item. We have bought calendars that were never used and still had all 12 months on them. Some 25 years ago, we bought a storage trunk and it was full of old ladies’ dresses on the top level, but under all the clothes were a number of Newcastle and Damariscotta calendars that were never used and were still in wonderful shape.

There were also some real nice Penn Central Railroad calendars by the famous artist Grif Teller. They were in a collection of Richard Hopkins, who was a Pullman conductor for 43 years and lived next door to our home, where the Damariscotta Bank & Trust has its bank today on Upper Main Street.

One beautiful calendar that left our shop was an Oldsmobile and La Salle and International Truck calendar of the year 1939 and it was never used and had all 12 months. One reason why I liked this calendar was my father bought a large old La Salle touring car that had been sitting on blocks for a number of years in Dr. Parson’s barn in Newcastle. 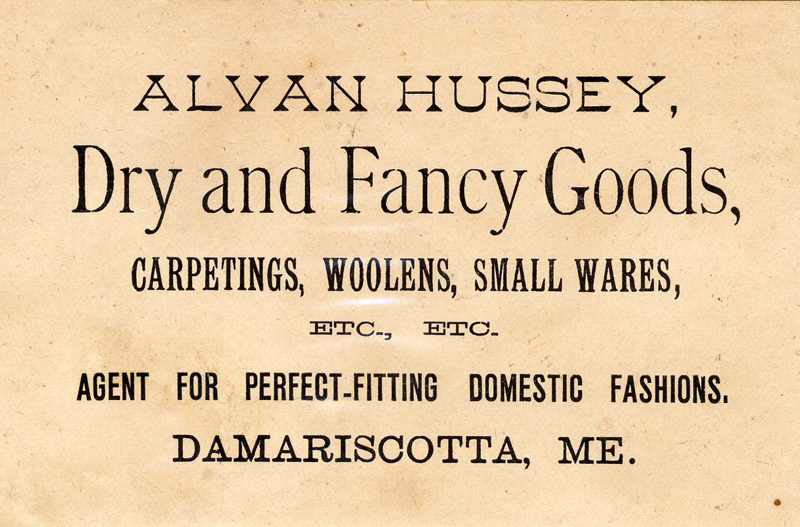 I remember when my father took the car home and disassembled it. It took four men to carry the front fenders and put them in a dump truck. That was back in around 1947-1948. The front and rear bumpers were spring steel and chromed and were also real heavy. It had a large copper radiator, which circulated the water through the large motor and kept it cool. I often think that if Dad had kept the old La Salle what it would be worth today on the open car market.

The second item was a 16-by-16-inch framed sign that read “You have tried the rest – now try the best. Bill’s Lunch – Hot Dogs – Hamburgers – Popcorn and Booth Service.” The year was around 1939 and Bill’s Lunch was located opposite Lincoln Theater. When checking out this lunch room, we found an ad in the 1939 Lincolnian, which proved its location in Damariscotta.

Another person bought a really nice old photo that had been framed of the old Tydol gas station by the bridge in Damariscotta with Sheet Huntley standing by the Tydol gas pumps, and it was a signed photo in a walnut frame. I knew Mr. Huntley when I was a young boy and in later years his wife, Mrs. Huntley, belonged to the Newcastle Historical Society. We both enjoyed her knowledge of the local area and she was always very willing to share it with everyone who was interested.

Another woman bought a beautiful framed ink blotter in fine condition, which read “Insure with the Aetna (Fire) Hartford, Conn., D.W. Chapman & Son., Agents, Damariscotta, Maine.” It was a nice walnut frame and was in a 4-by-9-inch double-matted frame. It was in the early 1900s.

The other item was a signed ink blotter signed the “Fiske House, Damariscotta 1907.” It was in fine condition, and had good color and just a little ink on the blotter. The woman went on to say her hobby was collecting old ink blotters of the Maine and New Hampshire area.

We both find it very interesting what people collect and the knowledge they have on the subject and local areas, and many bring in their large books, some at least six inches thick with pages full of paper items of memorabilia so nicely protected in clear sheet protectors through which one can clearly see the object.

We have even found that the local ice man, milkman, meat man, fish man, and fruit man had a business or calling card here in this area. Even some told the different days they would be calling at one’s home on their weekly route. Some would have their phone number to call if one wanted a special order on that day. Such was the personal feeling back in those days. 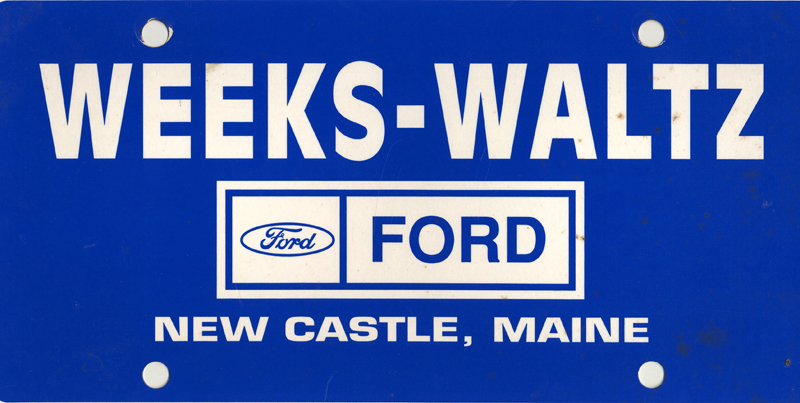 This card came from when Calvin Dodge bought a 15-passenger Ford van from Weeks & Waltz in 1980. (Photo courtesy Marjorie and Calvin Dodge)

As a young child I remember one peddler, which was the Raleigh man who sold household supplies, spices, and all kinds of flavorings. My mother used to buy a large can of powdered coconut-cream pie mix. This was truly the best coconut pie mix I have ever tasted. I recall all my mother’s friends who came to call always wanted a small sample of her coconut cream pie with a cup of tea or coffee. I also recall that the Raleigh man ran a special each month, two items for the price of one, and Mother would always buy the two cans of coconut cream pie filling. Such were the wonderful memories of the so-called good old days.

Then another item that people frequently ask for is the heavy paper plate that local car dealers gave out when one bought a car or truck from them, like Weeks & Waltz, Strong’s, and Hall’s, that were once car dealers in our area in the Twin Villages.