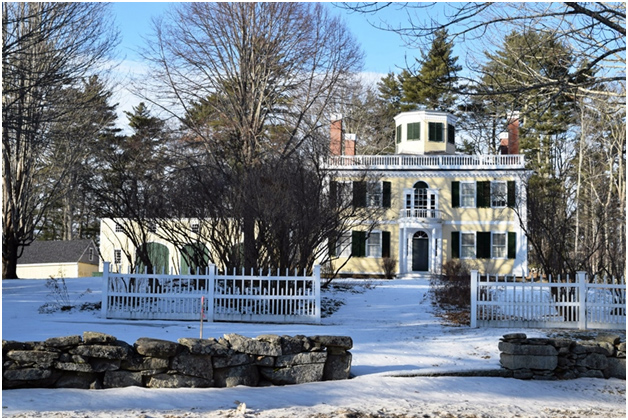 During these crazy times when we’re all looking for something to do, one of my favorite “activities” is to jump in the car and go for a ride. And if you’re retired like me, you know that “every day is Saturday and every night is Friday night,” so next time you’re out driving around, take a spin through the Mills. And just for fun, pay attention to the variety of different homes from different eras in this small village. Here are some examples of houses to look for.

Pride of place goes to the Kavanagh mansion. According to Wikipedia, “The Kavanaugh House was built in 1803 by James Kavanaugh and is one of Maine’s most sophisticated examples of Federal architecture.” The house was later the home of his son, Edward Kavanagh. And, according to the Maine Historical Society, “as he was president of the Maine Senate, he served as governor upon the resignation of Gov. Fairfield in 1843.” (Editor’s note: The difference in spellings results from an error in the listing on the National Register of Historic Places. Kavanagh is correct.)

Edward was governor for only 20 days! He suddenly passed away and was buried in the cemetery of St. Patrick’s Church (the oldest standing Catholic church in New England, which his father helped to erect in Damariscotta Mills in 1808). And as LCN has reported, there is major restoration underway to restore the mansion under its new owners.

This amazing building is perched on a hill with all of Damariscotta Mills at its feet. Historical images from that era show a landscape that is almost completely denuded of trees. And thus, Edward and his family would have enjoyed an unobstructed view of Damariscotta Lake and Great Salt Bay as well. 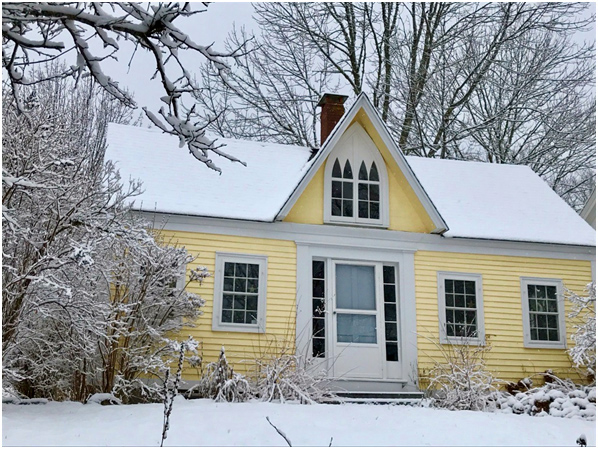 Again according to Wikipedia, “’American Gothic’ is a 1930 painting by Grant Wood. … Wood was inspired to paint what is now known as the ‘American Gothic’ House in Eldon, Iowa, along with ‘the kind of people (he) fancied should live in that house.’ It depicts a farmer standing beside his daughter — often mistakenly assumed to be his wife. The painting is named for the house’s architectural style.” 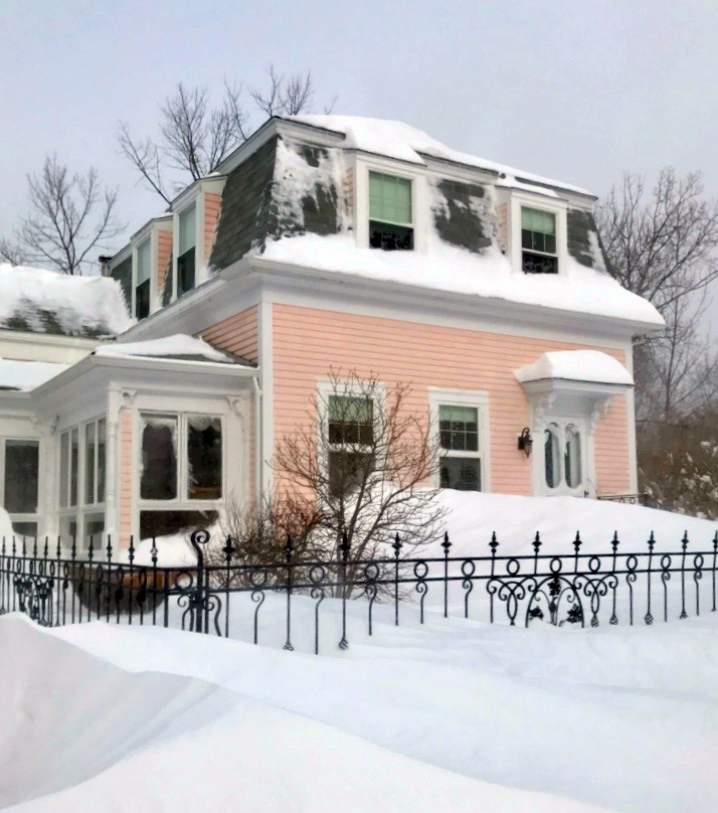 When you’re taking a drive (or walk) in the Mills, see if you can spot this beauty.

Last but not least, there is a great example of late 19th-century Victorian architecture as well. This style is also characterized by its unusual roof. The mansard roof design was popularized in the early 17th century by the French architect Francois Mansart. You can look that up on Wikipedia as well to get the full story.

So if you haven’t visited the Mills in a while and are looking for something to do, on the next sunny, warm day, get in your car and come for a visit.