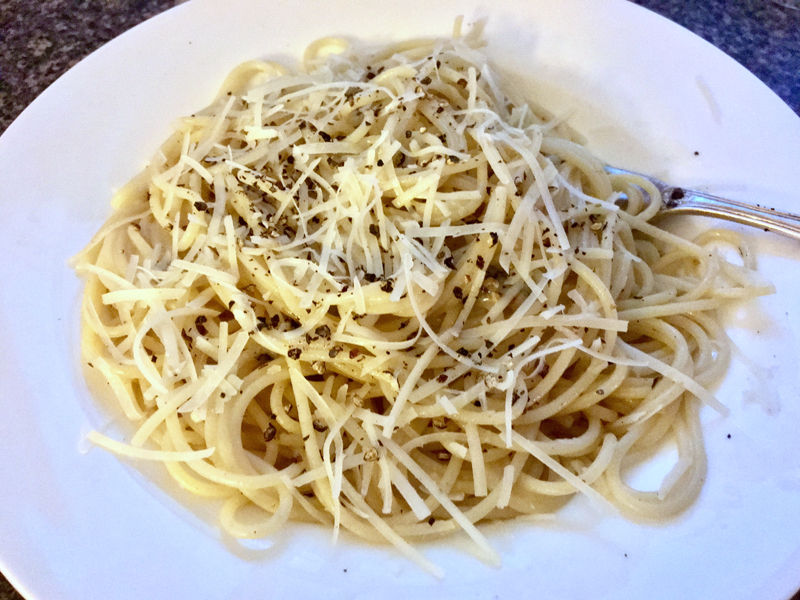 When I clicked on it this morning, there was a photo of a bowl of pasta. It looked so toothsome! No red sauce. No green sauce. Just white pasta, with white grated cheese and coarse ground pepper.

I had just polished off a big chocolate zuke cupcake with dark chocolate boiled frosting, and I wasn’t hungry. But looking at that photo made me want it, right then.

It’s called cacio e pepe. Along with sharing that and other recipes on the NYT Cooking site, editor Sam Sifton waxed nostalgic about fall: “Fall’s meant to be a new start, just as it was when we were all children off to a new grade, new notebooks, new classes, new schedules, new responsibilities.”

He went on to say that 82 percent of meals in America are now made at home, and that “cooking for yourself and others is a way to provide joy along with sustenance, a way to strengthen bonds between family members, friend groups, neighbors, neighborhoods.”

That pasta dish looked so good I had to make it for dinner. And I just happened to have all five ingredients, pasta, peppercorns, grated Pecorino Romano and Parmesan, and olive oil, in my fridge and virtual pantry. 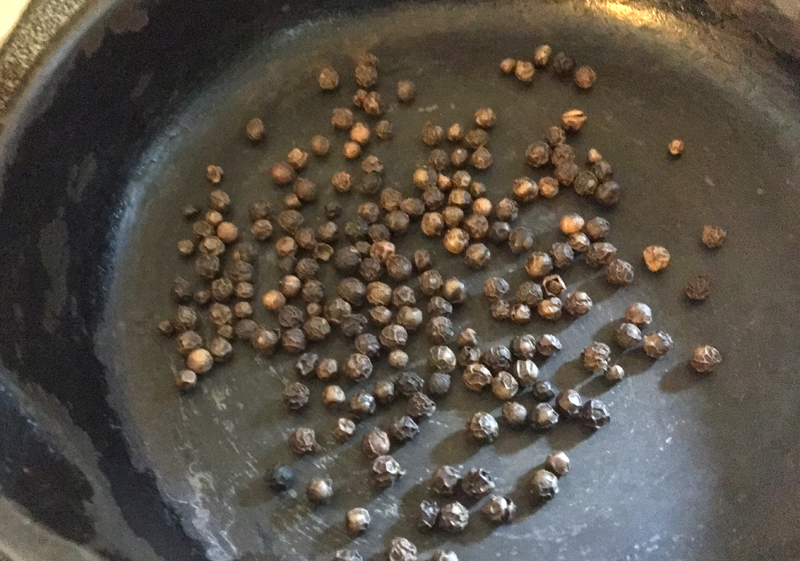 I’ve written about my virtual pantry before, but that was in another life. I’ll tell you more about it another time, but suffice it to say I don’t have a pantry.

Pasta, in all its simple glory, is one of those foods that everyone thinks needs to be buried in sauce. It doesn’t. When I was a kid, I loved spaghetti with butter. I was once served a big bowl of linguine with some shaved pepperoni and fresh grated Parmesan. It was awesome.

Pasta doesn’t have a whole lot of flavor on its own, but think about biting into it when it’s cooked to perfection – a little al dente. Add some olive oil, some salt, and call it a meal. Add some fresh grated Parmesan and Pecorino Romano, and some coarse ground peppercorns, and call it cacio e pepe.

Here’s something about preparing a pasta dish that I’ve heard, or read, a thousand times, but I always forget when it comes time to cook it: add some of the water that the pasta was cooked in and whip it around with a fork. 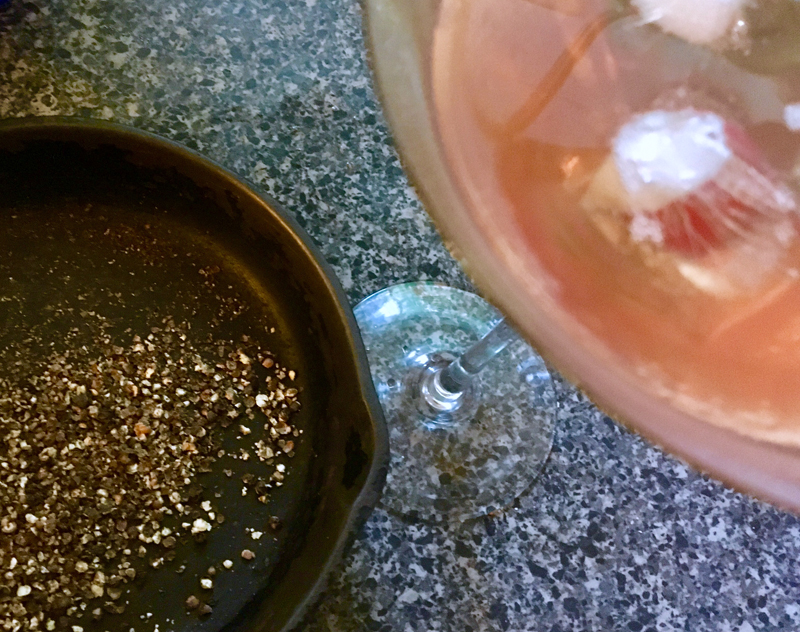 Crushed pan-roasted peppercorns and a Manhattan. Why wouldn’t I love cooking for myself? (Suzi Thayer photo)

I looked at a few different recipes, with slight variations, and here’s how I made it:

Boil some pasta (I used thin spaghetti) in salted water, then throw it into a cast-iron skillet over warm/medium heat. Stir in some of the hot pasta water, then slowly add as much grated Parm and Romano as you want, still stirring quickly, until a sauce is sticking to the pasta. Add more of the water as needed to make a sauce, then add lots of fresh ground pepper.

Another recipe called for mixing the cheeses and pepper in a bowl and adding a small amount of the pasta cooking water, then mixing vigorously to form a paste. Strain the cooked pasta and throw that into the bowl, keeping the water boiling on the stove.

Toss it vigorously and add more of the hot water, a little at a time, to melt the cheese and make a sauce that coats the pasta. 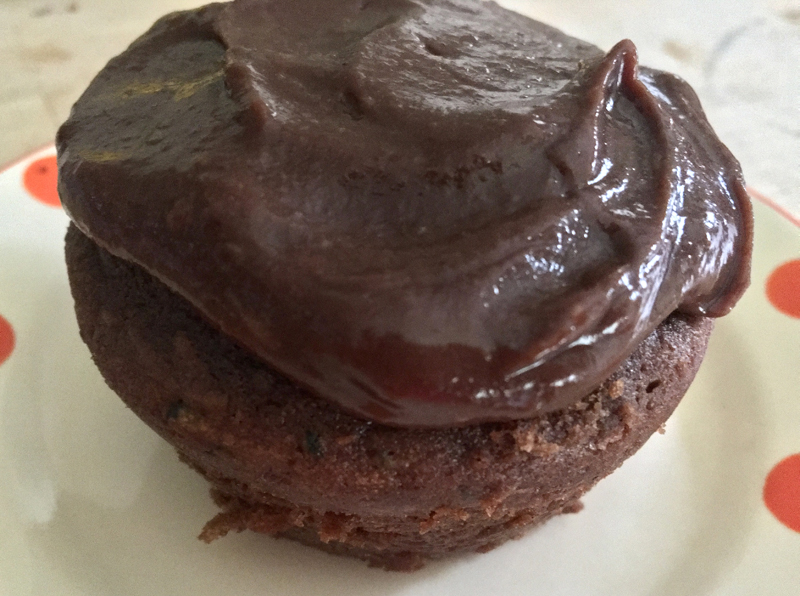 Someone commented on the NYT Cooking site: “… the most important detail for absolutely delicious cacio e pepe – toast whole peppercorns in a small cast-iron skillet over medium to medium-high heat, shaking occasionally, for 2-3 minutes until aromatic or until they start to dance around in the skillet. Crush in a mortar and pestle and use instead of raw pepper. Amazing!”

I love pepper, and did this. He was right.

Other comments suggested adding fresh squeezed lemon juice, arugula, roasted garlic, and/or smashed anchovies. All of those sound awesome to me too, but I wanted to start simple, because simple is sometimes the most awesome, and usually elegant.

And here’s another quote from Sam Sifton: “Above all, cook for someone else. Take a moment to prepare food not simply because you’re hungry, but because cooking is an act that makes others feel better. And making the lives of others better is why we are here.”

I do love cooking for someone else, as long as he/she is appreciative of good food. One of my ex-husbands (there are only two) used to say about a fabulous meal I had cooked, “Well, that was gut filler.” Making his life better wasn’t why I was there. And I love cooking for myself.