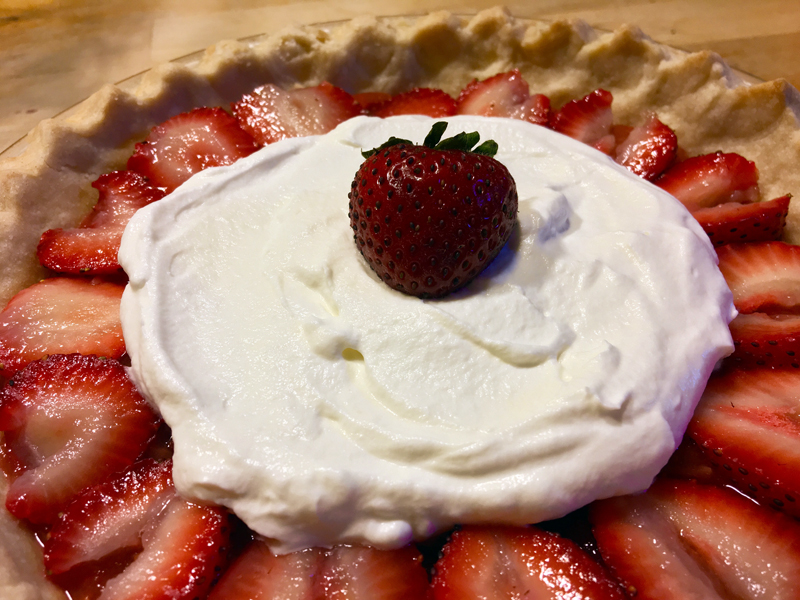 “Poetry and music are very good friends. Like mommies and daddies and strawberries and cream – they go together.” – Nikki Giovanni

July Fourth is a day for celebration all over the U.S., and it’s no exception at my 100-year-old family cottage in Cushing.

We usually celebrate the holiday with lobsters, cooked outside in a big pot over a gas-fired burner, some good bread, corn, plenty of wine and Orange Crush, and strawberry cream pie.

The Orange Crush thing is an old family tradition. Unfortunately nobody remembers where or when it started, only that my mother always made sure we had it with lobsters. Along with the wine of course.

I’m a hypocrite. Cooking lobsters is a problem for me. I should really be a vegetarian. I don’t like thinking about where my meat came from, and if I had to kill an animal to get it, I would definitely not eat it. I used to fish for mackerel, cut their heads off, gut them, and throw them on a grill. I can still throw them on a grill as long as someone else kills them first.

And I would much rather call meat by its name after it’s been butchered: steak, hamburg, stew beef, etc. Don’t even get me started on lamb.

If I have to kill a lobster to eat it, I may opt to throw it back into the ocean, from whence it came. In fact, I did just that one cold, snowy night in January. 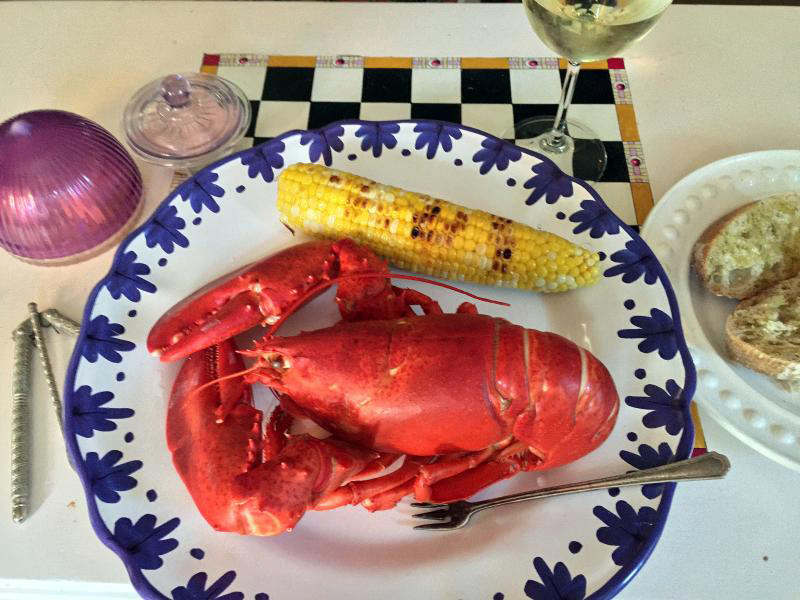 Fourth of July at the cottage. (Suzi Thayer photo)

A friend had given me two live lobsters. I made a Manhattan (duh), got a pot of salted water boiling, and picked one up and held it over the steaming pot. I put it back in the paper bag, turned off the stove, donned a down coat over my bathrobe, pulled on my Uggs (they don’t kill sheep for them) and a wool hat, and drove, with the still-live lobsters in their bag, to the Edgecomb Eddy.

I walked along the shoreline with my precious cargo, knowing I looked like a crazy person (my bathrobe was longer than the coat), carrying a brown paper bag, trying to get to the water. It was low tide and the rocks were coated in a thick layer of ice. I imagined myself slipping on the ice and being found floating in Wiscasset Harbor the next day. At least the lobsters would have survived.

I took the poor things home, drank the now tepid Manhattan, got the water boiling again, and threw them in, figuring that would be quicker than slowly dying, together, in the bag. Ugh. I ate them. They didn’t taste nearly as good as when someone cooks them for me.

Oh yeah – strawberry cream pie. It’s awesome, gorgeous, and easy. It’s pretty similar to strawberry shortcake, but you can make it ahead so you’ll have more time to sip your Manhattan, wine, or Orange Crush, and mingle, maybe chatting about how you can’t kill lobsters but you can eat them. 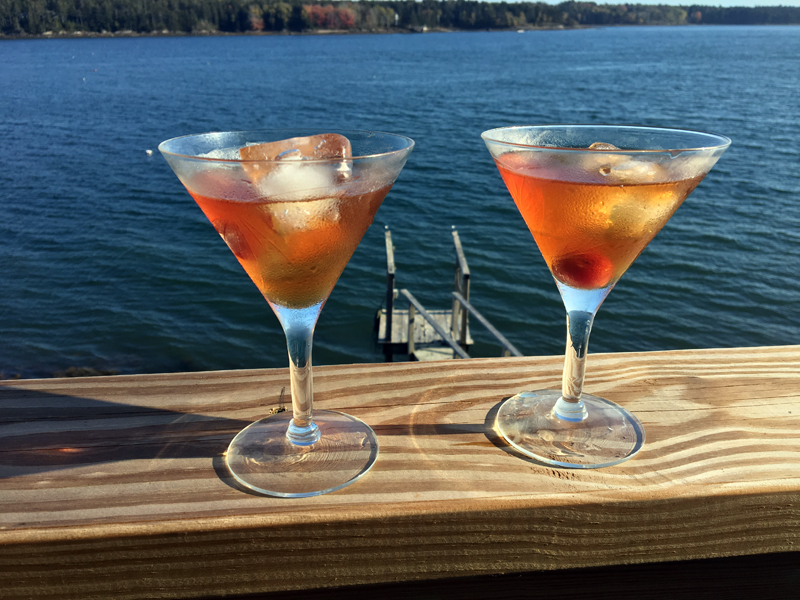 Manhattans on the St. George in Cushing. (Suzi Thayer photo)

This recipe is so simple I hesitate to share it, but if you’re anything like me, a mere mention of something delectable, and a photo, is enough to make me have to make it.

And the more of you who make this for your Fourth of July celebration, the more happy campers there will be in Midcoast Maine. It really is delectable.

OK. Get a quart of strawberries – Beth’s are already out there. Make a pie crust – get a Pillsbury one, or use my favorite recipe. It’s simple, quick, and possibly the best pie crust ever, and you make it right in the pie plate. It’s like crumbly, melt-in-your-mouth shortbread.

Throw 1 1/2 cups flour, 1/2 tsp salt, and 3 tsp sugar in a pie plate and stir together. Whisk 2 tbsp milk into 1/2-cup canola oil. Dump that into the flour mixture and blend with a fork. Press into the pie plate and make the edge pretty, fluted or whatever. Bake at 400 for around 10 minutes. 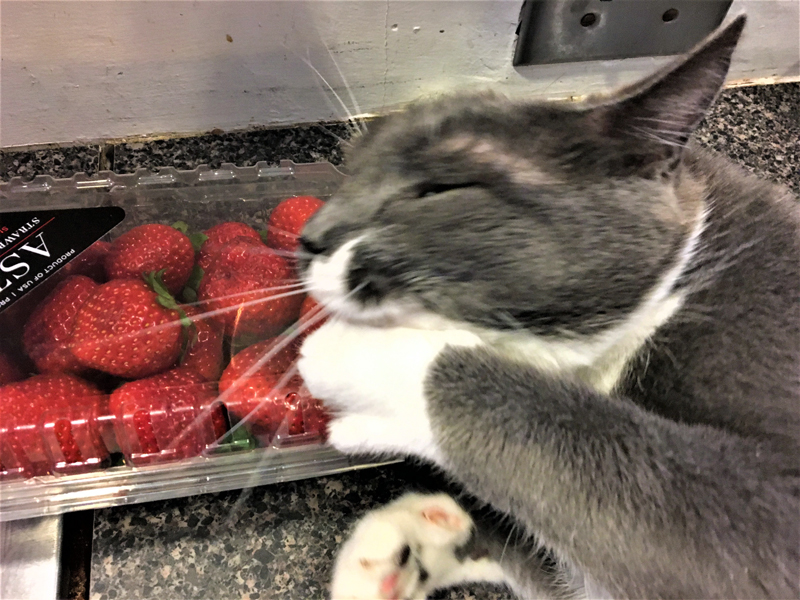 OK, now cut up half the strawberries and throw them in a saucepan with 3/4-cup sugar (maybe less depending on the sweetness of the berries), mixed with 2 tbsp cornstarch and a pinch of salt. A good squeeze of lemon is always good, too. Crush them up some and cook till thickened. Cool slightly and spread half in baked pie crust. Cut up the other half of fresh strawberries and throw them on top, then spread the rest of the cooked over them.

Whip up some heavy cream with a little sugar and vanilla, or lemon juice. Lemon juice in cream makes it whip quicker, and it is divine on a strawberry pie. Pile it on, and have a great Fourth of July.

And the beat goes on. See ya next week!